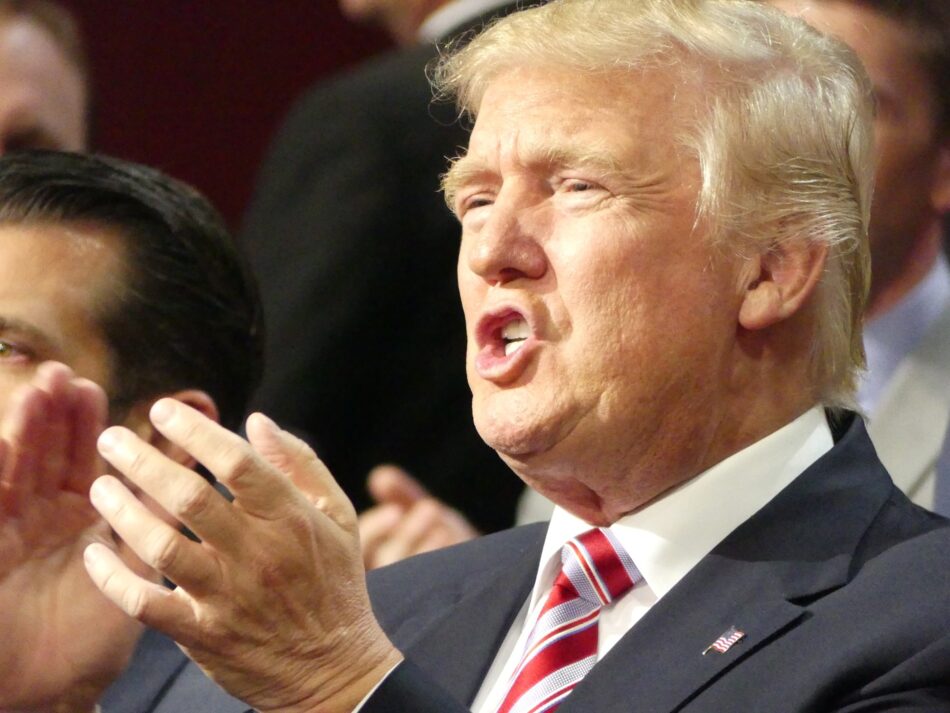 Despite damaging videos and tweets of former President Donald Trump urging his followers to come to D.C. to “Stop the Steal” and months of unfounded claims of massive election fraud which many say led to the Jan. 6 Capitol Riot,  Trump was acquitted  in his second impeachment trial.

Seven Republicans joined 50 Democrats in voting “guilty”, but they fell 10 votes shy of the 67 votes needed to charge Trump with inciting the insurrection.

“This has been yet another phase of the greatest witch hunt in the history of our country,” Trump said in a statement released after the verdict. “No president has ever gone through anything like it, and it continues because our opponents cannot forget the almost 75 million people, the highest number ever for a sitting president, who voted for us just a few short months ago.”

Throughout the five-day trial, House impeachment managers presented several of Trump’s tweets in chronological order alongside horrifying footage of the Capitol attack in real-time.

“When the violence started, he [former President Trump] never once said the one thing that everyone around him was begging him to say, stop the attack. He refused to stop it,” Rep. Joaquin Castro of Texas  said. “He didn’t want it to stop. He wanted them to stay and to stop the certification.”

Dr. Louie Dean Valencia, Assistant Professor of History at Texas State University and a Senior Fellow for the Centre of the Analysis of the Radical Right, said watching the trial was frustrating and at times comical, often happening simultaneously.

“Seeing the incoherence of Trump’s team’s arguments actually was a glimpse into the sort of mental leaps one has to take to arrive to the Trumpist mindset,” they said. “In particular, the reliance on so-called ‘cancel culture’ as an argument was somehow surprising because it assumes words and actions don’t have consequences.”

After acquitting Trump,  Repubilican Senate Minority Leader Mitch McConnell condemned the former president for inciting the riot even though he voted not guilty.

“Former President Trump’s actions preceding the riot were a disgraceful dereliction of duty,” he said. “There is no question that President Trump is practically and morally responsible for provoking the events of that day. The people who stormed this building believed they were acting on the wishes and instructions of their President.”

House Speaker, Nancy Pelosi was quick to fire back at McConnell’s hypocrisy and the group of Republicans who voted to absolve former President Trump of the charge. She said the reasoning behind their decision is because “ they were afraid to defend their job.”

The House Impeachment managers were ready to deliver the Article of Impeachment on January 15th, while Trump was still in office. But McConnell blocked the effort, she said.

“It is so pathetic that Senator McConnell kept the Senate shut down so that the Senate could not receive the Article of Impeachment and has used that as his excuse for not voting to convict Donald Trump,” Pelosi  said in a press release.

In their defense of former President Trump, lawyers showed a montage comparing Democrats’ words to those of Trump on the day of the insurrection.The defense used dramatic and dark music over clips of mostly  women and minority women.

Once it concludes: “You didn’t do anything wrong. It’s a word people use, but please stop the hypocrisy.”

House impeachment manager, Del. Stacey Plaskett pointed out the stark difference between women of color urging their followers to “fight”  for an issue and Mr. Trump, whose tweets and speeches encouraged his supporters to attack the Capitol.

“The defense council put a lot of videos out in their defense, playing clip after clip of Black women talking about fighting for a cause or an issue or a policy,” she said. “It was not lost on me as so many of them were people of color, and women, Black women. Black women like myself, who are sick and tired of being sick and tired for our children, your children.”

With high ranking Republicans like McConnell and former UN Ambassador Nikki Haley  denouncing Trump, the increasing number of politicians who oppose the former president, and many loyal Republicans leaving the GOP, the  party is at a  crossroads.

The last straw for me was when I SAW and HEARD words come from Trumps mouth and @GOP flat out denied it – repeatedly.

I can’t anymore with a party who insists the sun rises from the west. #ILeftTheGOP #LeaveTheGOP #ComplicitCorruptGOP