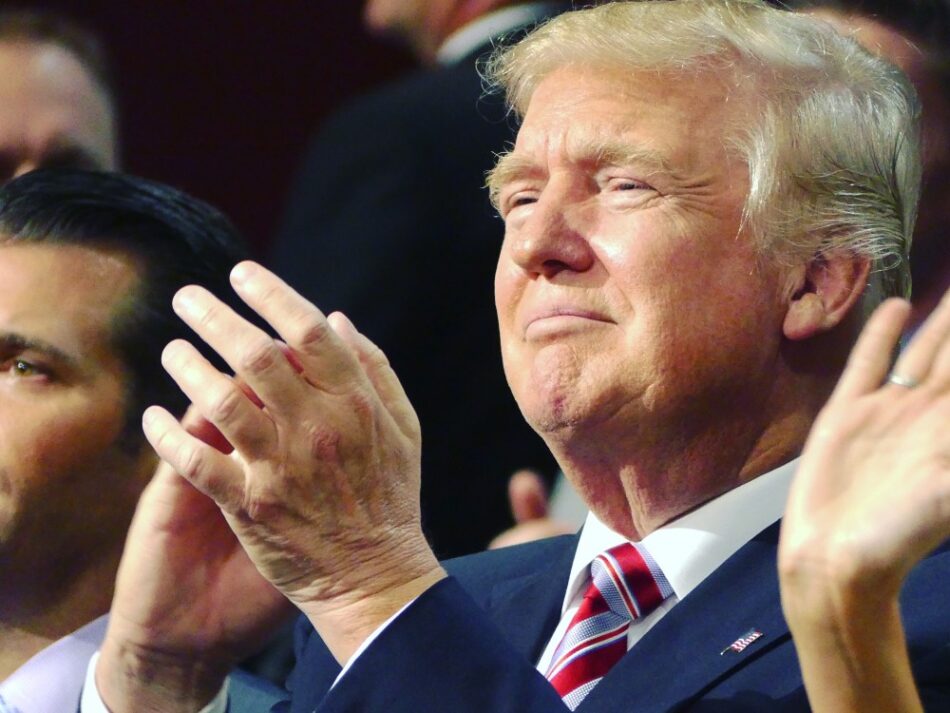 President Donald Trump was diagnosed with the coronavirus this morning. Photo by @amyimazzone via Twenty20

Voters across the United States were armed with a response shortly after President Trump announced he was tested positive for COVID-19.

“Is it terrible that I felt a little happy? I mean, I know that’s not a very nice thing to say, but given how belligerent Trump has been about downplaying the seriousness of Covid-19, I feel like this is divine irony,” Sara Ahmed, of Houston, Texas said. “ If it were anyone else, I would be hopeful that this experience would change the way he governs during the pandemic, but knowing Trump’s record, I can’t be optimistic that he will learn anything from it.”

In Portland, Oregon, Victoria Alexandra, a Trump supporter, disagreed and said that she only wishes that the president takes the time to rest while he quarantines for 14 days.

“I believe this will be a time of mental clarity and insight for Trump in the midst of mocking, finger pointing, and torment,” Alexandra said. “ This is not the time to come under fear, but to be positioned, sober-minded and ready to watch and see how God will reveal himself to America. Join me as we pray for our president’s wellbeing.”

Hours before Trump annuonced his diagnosis, he traveled to a fundraiser he held at his golf club in Bedminster, New Jersey. Elizabeth Meyer, a Democrat, said she and her daughters watched Marine One, the helicopter that carries the president fly over her  house in Branchburg, New Jersey en route to Bedminster. This morning, she said , that event took on a different perspective for her.

“Learning that the president knew he was exposed, and yet, was flying to a fundraiser, consciously putting his supporters, staff and reporters at risk is indicative of his apathy, placement of profit over people and his intentional ignorance towards COVID-19,” Meyer said. “This is another distressing twist in the run up to an already tumultuous and unprecedented election day.”

According to The New York Times, Trump has repeatedly downplayed the risk of the virus and behaved in ways that public health experts have said risked spreading the virus. He has refused to wear a mask in public and questioned its effectiveness. He has held crowded rallies where attendees did not wear masks.

Initially, Democratic Mayor Mohamed Khairullah of Prospect Park, New Jersey  said he didn’t believe that President Trump contracted COVID. It was only after he went to his twitter account  that he was able to confirm it was true.

“In my opinion, the president has never taken the virus seriously,” Khairullah said. “ He thought he was immune to the virus since he was constantly accompanied by staff that made sure his surroundings were safe and sanitary.”

Dylan Ward, a student at St. Cloud State University in Minnesota, fears that the country will  go into chaos if Trump dies.

“We are already divided as a nation at this time,” Ward said. “The passing of Trump will only widen it and lead to civil unrest.”

Eight out of every 10 deaths attributed to the virus in the United States have been among those   65 and older. This puts President Trump, who is 74, at a high risk.

Khairullah hopes that President Trump will now set a better example for fellow Americans who haven’t done so yet, to take the virus more seriously.

“I urge everyone to be careful and follow proper precautions to slow the spread of the virus,” Khairullah said.“If you feel that the virus won’t harm you, think about a loved one that you might transmit the virus to–that you might lose– if they catch the invisible enemy.”