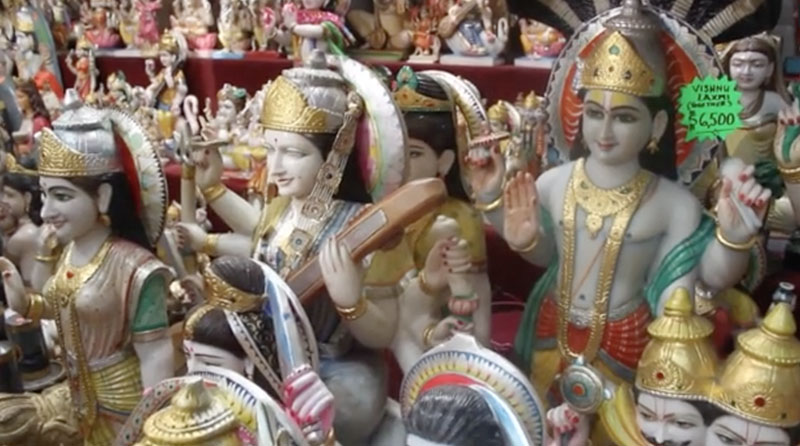 Take a trek on the E train to the end of the line and you’ll find a place where Indian garments meet ripe Caribbean fruits – where a tropical rhythm harmonizes with Eastern religion. This is Little Guyana, an Indo-Caribbean Community in Richmond Hills, Queens.

Most of our conceptions of Guyana, a small English-speaking country on the Caribbean Sea, might be admittedly flimsy. Think deep jungles, wide rivers, or perhaps the notorious 1978 mass murder suicides of Jim Jones and members of the Peoples Temple.

But as this New York City enclave reveals, it’s a complex and multi-cultural place about as rich and spicy as its cuisine. More than five races make up Guyana, among them the indigenous Amerindians, Europeans, Chinese, Africans, and Indians. When the country became independent from Britain in the 1970s, political and racial turmoil brought tens of thousands of Guyana’s Indian community to the US.

With a population of more than 140,000, the Guyanese are the fifth largest foreign-born population in New York City. They’re South American, but not Latino. They’re a people who look Indian and yet speak a Caribbean-inflected English.

In order to decode this community, look no further than Pritha Singh, Director of the Rajkumari Cultural Center, a Guyanese arts organization located on Little Guyana’s Liberty Avenue.

“The people who are here, we’re the real grassroots people. And we brought all our stuff with us,” said Singh, referring to the thousands of agrarian Guyanese here who keep their culture alive through folk art, Hinduism, Indo-Caribbean Chutney music, and of course, food.

At Sonny’s Roti Shop, patrons like Allen Bassant come for Indian flatbread called roti and oxtail curry. The neighborhood connects him back to his home. “You meet a lot of old friends and when you walk down the streets you feel like you’re in Guyana on Liberty Avenue,” said Bassant.