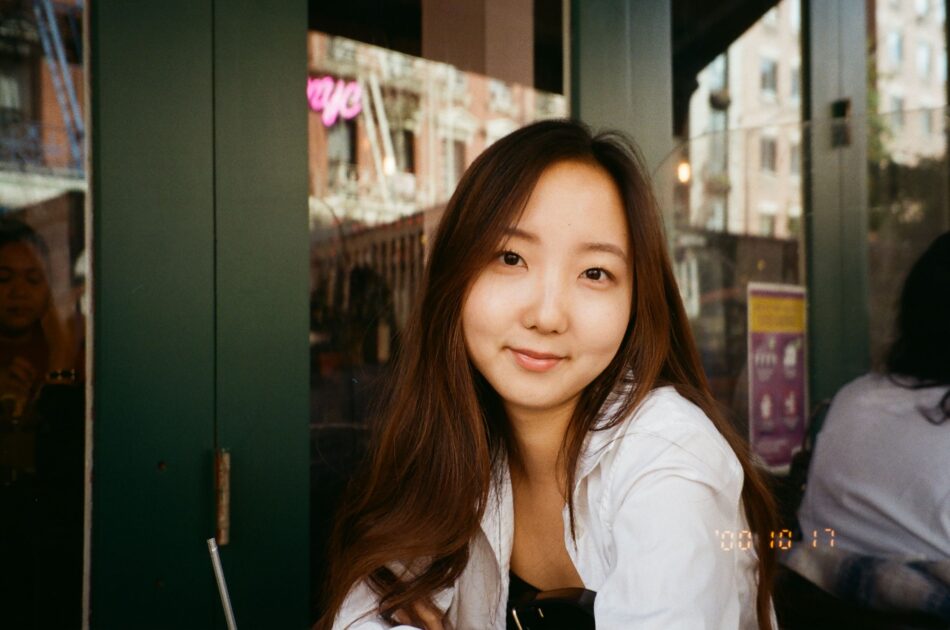 She woke up at ten past eight, not thinking about the Super Bowl. She had just had a dream  where she went “full carrie, and mass murdered people with a tsunami;” this occupied her mind  for a minute before she lumbered up. It was Sunday, and outside Joyce Shin’s window was snow.  The Super Bowl, and its potluck that she was throwing, were ten hours away; Plenty of time to  make pigs in a blanket.

“Baking bread is not a big part of Korean culture. So, for a while growing up, whenever my  family made american food, we would just buy the pillsbury crescent rolls and wrap them in  ham to make the ‘dinner rolls’ we saw around,” said Shin. “Now I like baking, so I can make the  dough from scratch.”

Shin only knows who’s playing today because her friends from Cincinnati made it explicitly  clear. She knows no controversies about the players because she doesn’t know the players, and  she will spend the game asking her friends questions about what’s going on, and occasionally  yawning. She wanted to host, offered to.

“Honestly, I watch the Super Bowl for the same reason I celebrate Thanksgiving: to feel more  American,” said Shin.

“I was excited,” said Shin. “I was never upset. And because it was supposed to be a temporary  thing, it felt like we were on vacation.”

Before that initial landing, Shin spent her first nine years of life traveling. She was born in South  Korea, moved to Canada when she was two, moved back to South Korea when she was five, and  was there for four more years before making the final trek to the United States. For a long time,  she felt more Korean than American.

And it was the American south that did it for her and her family: Mississippi, then Georgia, and  now New York. She was in middle school, she remembers, when she started hearing the  whispers.

“I overheard some boys talking about it,” said Shin, grabbing for memories. “I thought it was  called the super ball, b-a-l-l, super ball.” She laughs.

She found out about the game, and this superball thing became the Super Bowl.

“People would start talking about it regularly, so I knew when it would come around,” said Shin.

And in the weeks leading up to the game, she noticed a strange thing would happen.

“At school, they would start serving…” and here she paused. “The Super Bowl lunch. Wings,  which they would never usually have.”

“They were delicious. I was like, whoa, this is so good, I remember that.”

Shin associated the Super Bowl with black friday, as just another thing that Americans do for  some reason. She idolized the image of picture-perfect American families opening big presents  on Christmas, barbequing on July Fourth, and eating wings on the Super Bowl. It sounded like  fun.  She would run home, and translate to her parents the traditions modeled to her by the kids  in her classes: the need to cook this dish, do this activity, wear this thing. And so, for some  occasions, that’s what her family started to do.

“ My house tries so hard to do Thanksgiving even though  we don’t care for it,” said Shin. “We  don’t like turkey, or mashed potatoes, but we make it because everyone else does. ”

In the United States,  Super Bowl sunday is, at this point, like a baby fourth of july: huge, and  all-american.  The first game of football was lost  by Princeton University to Rutgers, in 1869’s  version of New Jersey. The game at that point more closely resembled the rest of the world’s  football, what americans call soccer, but over the next hundred and fifty years, it would morph  into the intricate head-clashing rage we know today.  No other country in the world plays it to the  extent that we do, and the NFL, in all its wealth and power, is alone.

Shin’s family never does anything for the Super Bowl, unless, that is, they’re invited to watch  somewhere else. So, when Shin imagines hers as the picture-perfect american family on game  day, she imagines them all wearing matching jerseys for whatever team, hosting, and cooking all  day for a crowd of friends.

“Wings, pretzels, things like that. The way I’d imagine in movies they’d do it, I want to do that.”

An hour before the game, Shin runs out to a nearby Wegmans looking for pillsbury dough, which  she is glad to see is not on the shelves, meaning everyone else has had the same good idea. She  buys a stick of butter and goes home to make her own.

She knew she needed to make something that would proof quickly, so she chose pretzel dough.  Warm water, yeast, butter, salt, sugar, flour, and a big plastic bowl. Mix, with a ladle and not  with a whisk, until it’s no longer sticky, and finally bounces back. Now into a big ball.

“You don’t need to knead this dough, which is good because I’m not good at kneading.

Shin’s apartment, overlooking the Brooklyn Queens Expressway, is cold, so in order to speed up  the proofing process, she turns on the oven light, and leaves the dough inside to double in size.  After, she pushes the air out with her fingers, makes 16 equal parts, coats each in a baking soda  wash, wraps them around her wieners, and bakes for twelve minutes.

“It was fantastic,” said Shin. “I was so happy. I used to be bad at making dough, but I’m getting  good at it now. Dough is my calling”

Shin laughs that she’s technically not American because she’s not a citizen. When she was a kid,  she thought of herself as a Korean who was just good at speaking English.

“When I was in Atlanta, I didn’t have any other korean people who were born in Korea, just  those born in Atlanta,” said Shin. “I was proud of that; I’m a Korean citizen living in America.”

She remembers Korea fondly; remembers the food, the language, the people. After graduating  from high school, Shin took a trip back to Korea, where she stayed with her aunt in Seoul,  humid, and warm.

She knew what the Americanized Korean girl looked like, and thought she was not that. She did  not stand out, she thought. Did not feel different. Then people started to stop her; they would  ask her if she was “not from here,” and she wouldn’t know how to respond.

“That was the pivotal moment,” said Shin. “My way of life, the way I see things, the social  standards I had for myself, were very different from those in Korea at that point.

Shin came back that summer, and a couple months later, flew to New York to start studying.

“Why am I watching the Super Bowl? So I can throw a party with my friends,” said Shin.

Guests at Shin’s Super Bowl potluck are encouraged to bring food in containers shaped either as  footballs or hearts (valentine’s day is only a day away). People bring tortilla chips, chili dips,  wings, rice and beans, devilled eggs, and nachos, and some celery to keep things healthy. They  sip their beers slowly, recovering from some light partying the night before. They get the most  active at halftime, when Snoop Dogg coolly waltzes on stage, and later when Kendrick Lamarr  appears behind his wall of dancers. And in the third quarter, when someone spontaneously brings up the celebrity feud between Kanye West and Pete Davidson, the couch crowd wakes up,  and goes wild. The first half of the voices in the room ask questions, about points and about  blitzes and field goals and downs, and the second half echo one-another’s responses over and  over again, beginning with “Yeah, so basically….” The first half might retain answers for next  year.

At Shin’s Super Bowl potluck is an indian-singaporean immigrant wearing a Cincinnati Bengals  jersey, who asks to turn the TV off when things end the way they do. There is the son of Polish  immigrants, who, years ago, was asked by his father to make a list of all the major sports teams  in the area, so that he could talk about them at work. There is the grandson of Nicaraguan  immigrants, whose mother loves the ads that play between the game that his grandparents could  not care less about. For some, the Super Bowl is not just the Super Bowl, and for others, that’s  the most it could ever be.

Joyce Shin’s pigs in a blanket are a hit, gone before halftime.