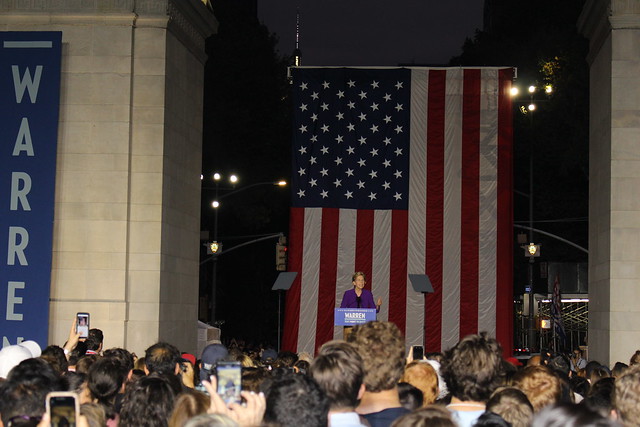 Thousands of people gather at Washington Square Park to hear Elizabeth Warren deliver a speech on corruption in Washington. By Bessie Liu.

Thousands of people gathered at Washington Square Park yesterday to rally with Democratic presidential candidate Senator Elizabeth Warren. With the park sitting only minutes away from New York University’s campus, students flooded the crowd, many of whom would be casting their very first presidential vote in 2020. 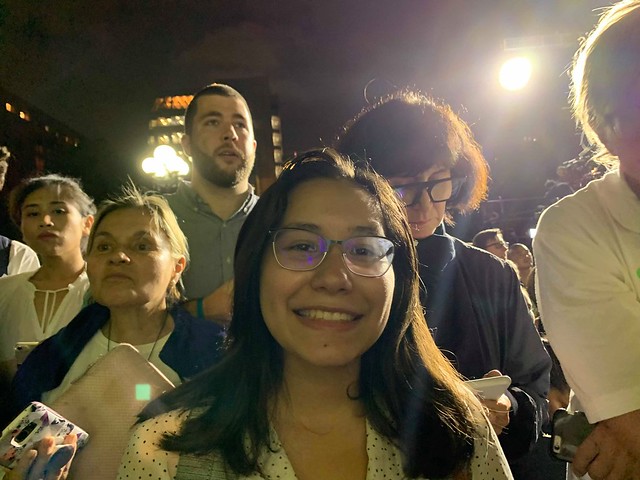 For 19-year-old Scarlett Gonzalez, Elizabeth Warren’s stance on education and criminal justice really resonates with her. By Bessie Liu.

Among the crowd stood Indiana native Scarlett Gonzalez, 19, who said she connected with Warren’s stance on education.

“There is a lot of inequality in the education system where I come from,” she said. “Quite frankly, there are people that I have met in New York who have had a much vaster high school experience than I was ever given the chance for. Equaling the playing field is important and that’s what needs to happen.”

Gonzalez also wants to vote for a candidate who has a strong stance on criminal justice and police reform.

“As a person of color, criminal justice is something that affects my community a lot,” she said. “Seeing a lot of white-collar crime not have consequences irks me. It’s racial bias, and we need to fix this.” 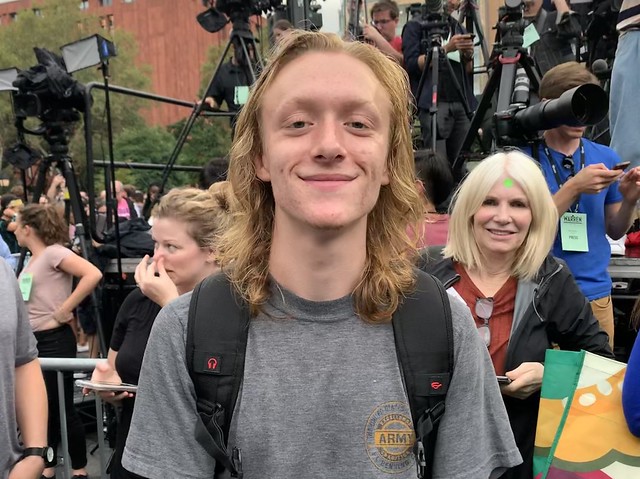 Mitch Owens, a 17 year old high school student, hopes to vote for a presidential candidate who will support the legalisation of marijuana. By Bessie Liu.

New York high schooler Mitch Owens, 17, believes that both Warren and Democrat Bernie Sanders have a progressive outlook on marijuana and will likely vote for one of the candidates in 2020.

“Legalizing marijuana is often lumped together with ‘stoners,’ but you forget about the veterans coming back home from warzones who might suffer from PTSD,” he said. “I have a couple of veterans in my family and I think that they would really benefit from not having to pay ridiculous amounts of money to see the doctor and get a prescription for something like marijuana, which can really help calm them down.”

A 2016 poll conducted by Pew Research Center shows that almost 60% of people aged between 18 and 25 identify more with the Democratic Party. More than half of the voters aged between 18 to 29 disapprove of President Donald Trump according to a Politico poll published in 2018. 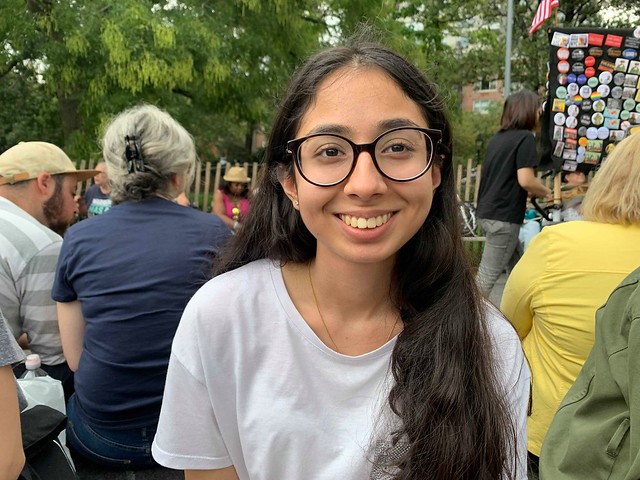 18-year-old college freshman, Arusha Sharma, wants to vote for a candidate who is able to defeat Donald Trump in the 2020 presidential elections. By Bessie Liu.

New York University student Arusha Sharna, 18, wants to vote for a candidate who could defeat Trump.

“We need someone who can take on Trump head-on,” she said. “I really love Pete Buttigieg but I do not think that he is a strong enough candidate against Trump. Warren has a stronger cultural personality, just like Biden and Harris, but I think Warren is still the strongest candidate to win against Trump.” 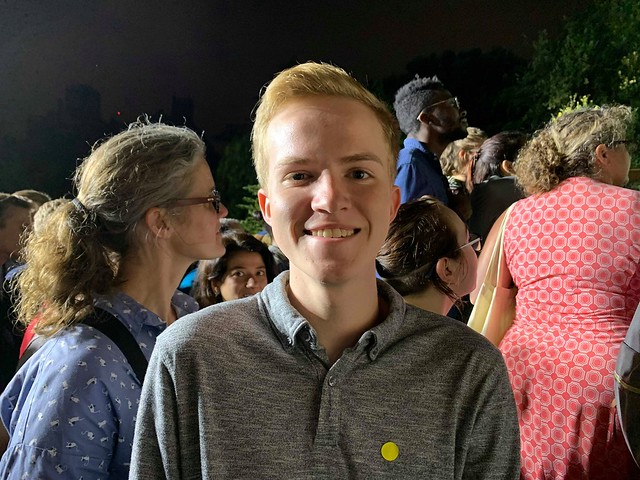 Jacob Harch, 18, will be voting in his first presidential election in 2020. This is not a decision he will be taking lightly, he has been carefully evaluating the democratic candidates and their policies. By Bessie Liu.

Many voters said they still want to evaluate all potential Democratic candidates before pledging loyalty to Warren, including NYU freshman Jacob Harch, 18.

“This is the first time I can vote,” he said. “I haven’t been able to directly impact anything in the past that has happened, but I can help solve them now,” he said.