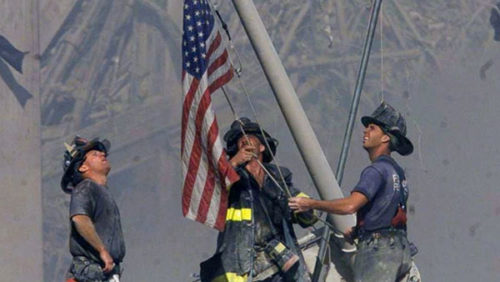 Raising the Flag at Ground Zero is a photograph by Thomas E. Franklin of The Record (Bergen County, N.J.), taken on September 11, 2001.

Thomas E. Franklin was a photographer at the Bergen Record when his editor told him a plane had crashed into The World Trade Center.

“ I quickly ran, grabbed my camera, ran to my car and started driving.”

Franklin, 53,  got on a boat which took him to Lower Manhattan and he rushed to Ground Zero. There he captured the iconic image of the flag being raised by firefighters.  In 2002, the celebrated photograph was highlighted in a postal stamp. It raised over $10 million which went towards victims and their families.

“It represents thousands of people who died. That’s what the photograph is, it could never be forgotten,” Franklin, now a freelance multimedia journalist and professor at  Montclair State University, said.

He said after the second plane crashed into the tower, he knew this was a news story unlike any other and that his job was really important.

“I was aware of how important it was to take photos that day because of the magnitude of what was happening,” he said. 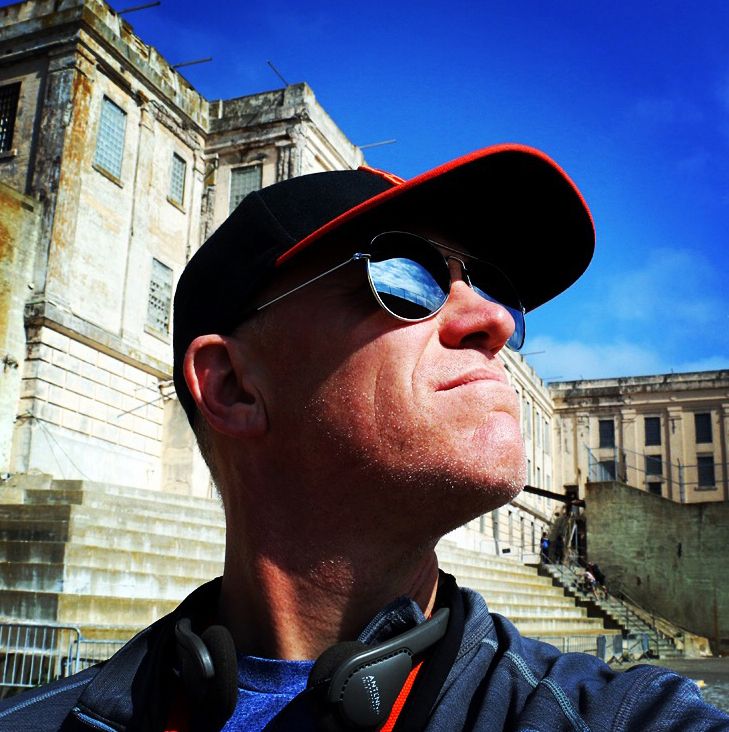 On the 18th anniversary of 9/11, the photographs of Franklin and other photojournalists’ work to bear witness to the memories of the day when nearly 3,000 people were killed in terrorist attacks in the U.S.

After receiving a call from the director of Contact Press Images, freelance photographer, Frank Forunier got on his bicycle and left his home on Roosevelt Island. He pedaled as fast as he could across the Queensborough Bridge.

“Cars were being stopped from getting across,” said Fournier, 70. “I managed to pass in between cops and I kept going.”

Fournier said that he was near 7 World Trade Center when the fire chief approached him. He was told the building was on the verge of collapse and he would be killed if he stayed.

“So I slowly walked back, really slowly, trying to take pictures of firemen,” he said. “The building collapsed. We were covered with an enormous amount of dust, very heavy. You couldn’t see your hands, anything. It was extremely dense fog, you could barely breathe.”

Franklin said the journalists who worked on 9/11 were very brave.

“Oftentimes they are running towards danger while people are running away from danger,” said Franklin.

Today, at the Sept. 11 memorial in New York City, journalists and photographers gathered to document the anniversary of the attack. They reminded their audiences of the lives lost on this day. Interviewing visitors, residents, and victims loved ones to give a voice.

“They documented the worst of humanity, at a very hard time,” said Ryan Girdusky, 32, a writer and a New York Political Correspondent for One America News Network.  “They become ingrained in our memory.”