A Dating App for Dog Lovers 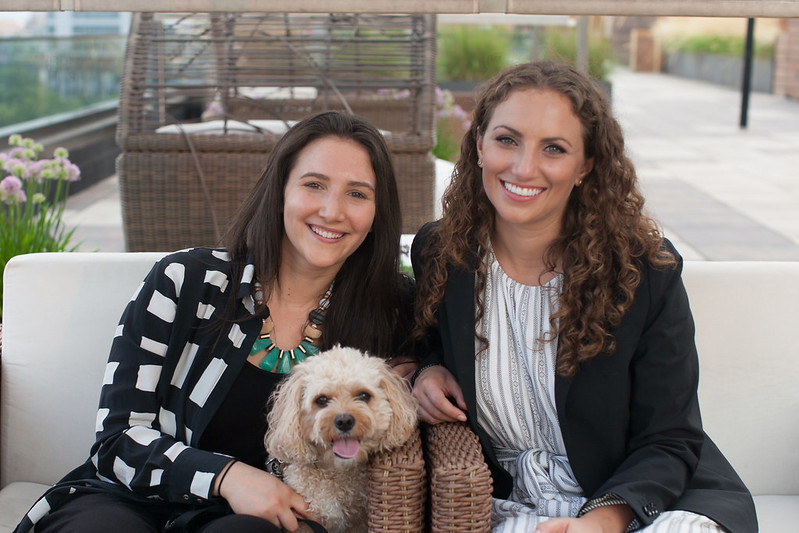 Leigh and Casey Isaacson are founders of the dating app, Dig. A dating app made for dog lovers. Photo courtesy of Dig.

As dating apps become a more widespread way to find love, finding a partner who is equally as enthusiastic about the four-legged furry companion becomes more important to dog owners.

Leigh Isaacson, Co-Founder and CEO of Dig, was inspired to build a dating app that connects fellow dog lovers with one another after her younger sister’s failed relationship with her non-dog loving partner.

“My sister was dating a guy who tried to be a dog person for her, but by the end of the relationship he didn’t want the dog in the apartment, and if he did, he would put towels down on the couch, so the dog didn’t touch anything,” Isaacson said. “She realized two things, not only was this bad for a long-term relationship for her, but the dog itself was getting left at home.”

Isaacson wanted to help other canine loving singles cut to the chase and help them find lifelong partners who shared similar values through Dig.

“People don’t want to have a general, giant list of people where you can swipe forever,” Isaacson said. “They want to find what matters to them.”

Having a dating app specifically made for dog lovers is an attractive prospect to many pooch owners as they believe it can help eliminate people who are not truly passionate about dogs.

Studies have shown that many people will use dogs in their online dating profiles to attract more dates, making it difficult to identify who the true dog lovers are. 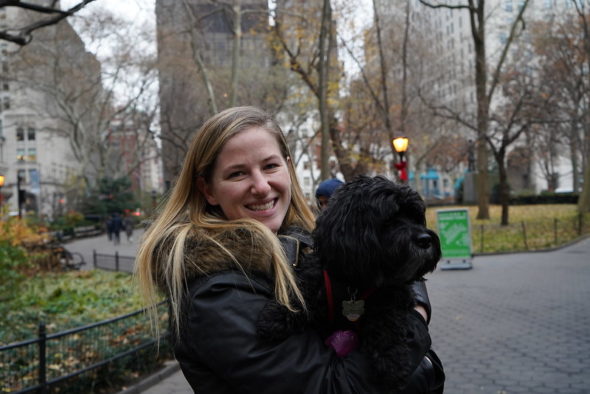 Katie Woods says having a dating app specifically made for dog owners and lovers can help eliminate people who are not truly passionate about dogs. Photo by Bessie Liu

Katie Wood, a Brooklynite and dog mom to 13-year-old Cockapoo, Cricket, said  that she and many of her friends have met many guys who aren’t really into dogs, but will use a dog in their online dating profile to attract more matches.

“If you talk to the guys and they’re like, oh yeah it was my friends’ dog three years ago, well that’s false advertising,” Wood said. “I just think that it probably weeds out a lot of the weirdos. If you can own and love a dog, you’re better suited to interact with people too. You know there’s a lot of weirdos out on those places, anything you can do to widdle that down a little bit is probably useful.”

Although the intention behind bringing together people who love dogs may sound good in theory, when put into practice, it doesn’t always work out as planned.

Boris Berenberg who was intrigued by the idea of a dating app that bonded people through their mutual love for dogs, used Dig for a short period of time.

“I met someone and we dated for a while,”Berenberg said.“It was cool, her dog was sweet. Ended up not using the app much after that since I was dating her,”. “Didn’t reinstall it when the relationship ended.”

Despite his unsuccessful relationship, Berenberg thought that the idea of creating a dating app for dog lovers was good.

“I think it was a fun idea, and I would recommend people to try it out,” he said.

Not all Dig users share the same sentiment as Berenberg and many of them have publicly voiced their concerns on an online review forum for the app.

Jennifer Madaj wrote that the dating profiles needed to be more informative to truly help people find a potential soulmate.

“The concept is a good one and I had really high hopes for this,”Madaj said in her review. “Obviously being a dog lover is extremely important, but it’s not the sole requirement to making a good match with someone. More basic information about each match and the kind of match they’re looking for should be provided,”

Other users are concerned with the dating apps limited reach.

“The experience is decent, but there’s all of about ten people on it in my area so I literally ran out of profiles to look at in under an hour,” Jimmy Ludiwg, a Dig user, wrote.

Aware of these challenges, Isaacson and her sister are hoping to get the word out through organising large scale, dog friendly events. These events intend to bring together organizations and groups who work in the pet business, providing them a platform to network with one another in person.

Lisa Lippman is a veterinarian who has attended many Dig events where she has met valuable connections.

“There are so many photo and networking opportunities.” Lippman said. “I met a dog walking company that I became really good friends with and that I refer to all the time.” 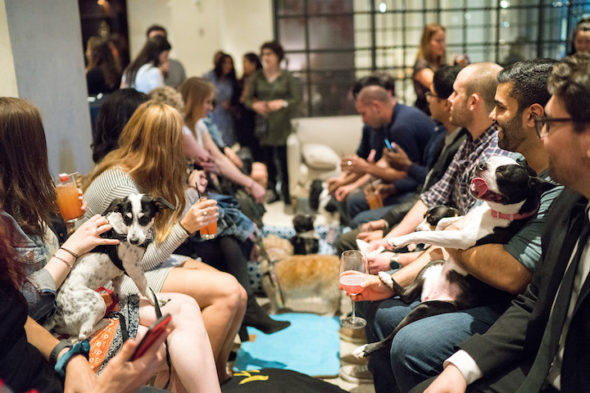 A single dog lovers speed dating event, where owners bring along their pooches to sniff out a potential partner. Photo courtesy to Dig.

In person speed dating events provide an opportunity for the dating app users to bring their dogs along and sniff out a potential partner.

Even though Lippman herself did not participate in the speed dating event, as she was a vendor, she brought along her friend who did.

“I had a friend who I asked to come, a guy who came and participated in the speed dating event,” Lippman said. “He went on one date, but I don’t think it was like magic, unfortunately.”

Although there was no spark between Lippman’s friend and any of the other singles who attended the event, she believed it was still an enjoyable experience for them both.

“The networking is phenomenal and it becomes a small safe in the city,” Lippman said. “I’ve definitely met a lot of people who I would stay in touch with.”

Many Dig event participants and app users are in their 30s and are first time dog owners, but the app is also attracting many users from older age groups.

“The generation that we thought [the app] was going to be the most popular was right when you get your first dog,” Isaacson said. “It’s definitely the most active group on the app for sure, but we’re seeing a huge amount of 55 plus, especially recent divorcees, a lot more women than men, really coming and turning to Dig.”