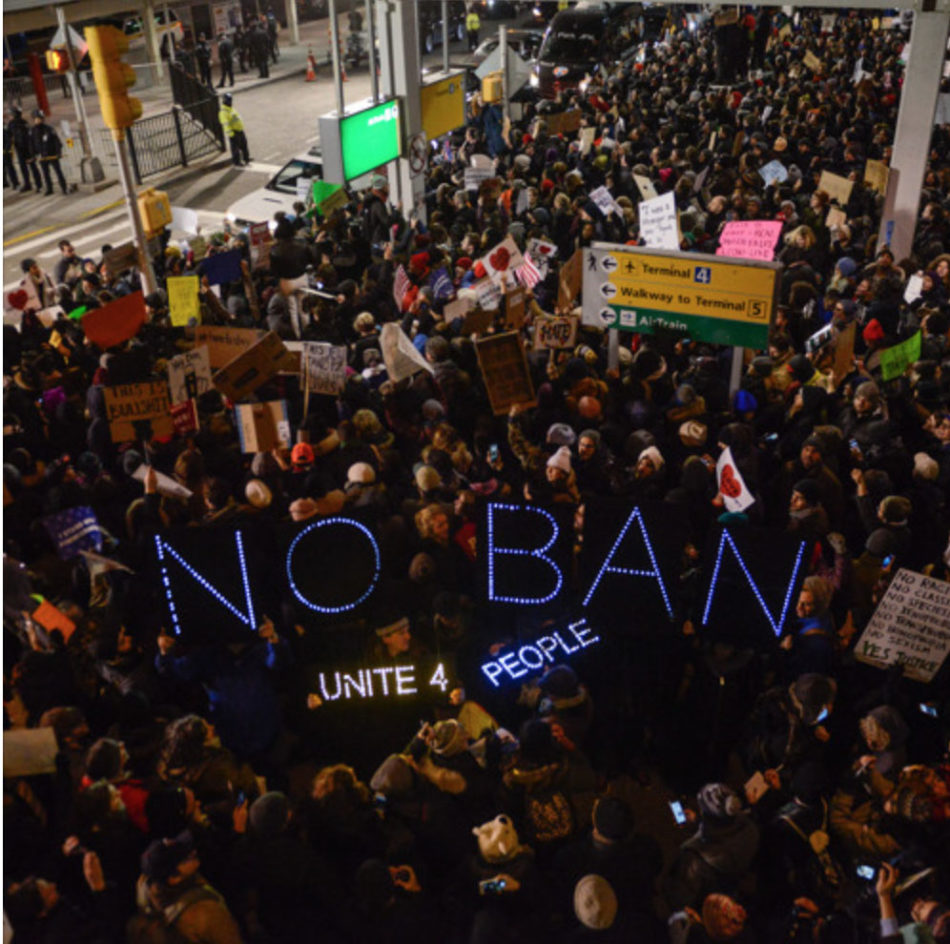 New York City’s yellow cabs are a classic signature of this city, weaved seamlessly into our image of it. Much of their workforce, born throughout the world, transport New Yorkers all sorts of places in exchange for a shot at the American dream they immigrated here for. They, along with the rest of NYC’s trades workers, are the unsung backbone of the five boroughs – a fact that is quintessentially American.

But today, NYC’s yellow cabs symbolize a contradiction. As a group that now consists predominantly of Muslim immigrants, many have received Donald Trump’s seven majority-Muslim nation immigration ban – issued Friday – as a message they do not belong, are a threat, and that life as they know it here will get worse. In defiance of this message, many cab drivers showed solidarity to those detained at airports and the protestors of this detainment by striking for an hour at John F. Kennedy International Airport in NYC on Saturday.

Listen to an an NYC yellow cab driver who is a Muslim immigrant grapple with his developing view of what life in America is becoming for him and his family.