As Amazon moves in, New York’s homeless forced to move on 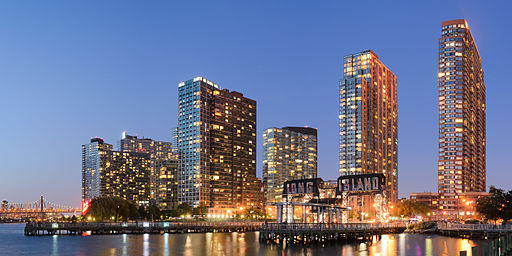 Nestled between rising luxury apartments and the country’s largest public housing development lies the future home of Amazon’s new headquarters. For the low-income and homeless residents in Long Island City, the incoming business serves as a reminder of rampant gentrification and social injustice.

Felix Guzman, 37, is homeless and has spent time in and out of shelters, including in Long Island City. He believes that the billion-dollar company’s move is going to destroy what remains of the city’s affordability for thousands of families.

“Queensbridge actually has the biggest project in the United States,” Guzman said of the area just north of Long Island City. “Seeing how rents are being raised all over the place, do we really need a situation where excess is right next to poverty?” 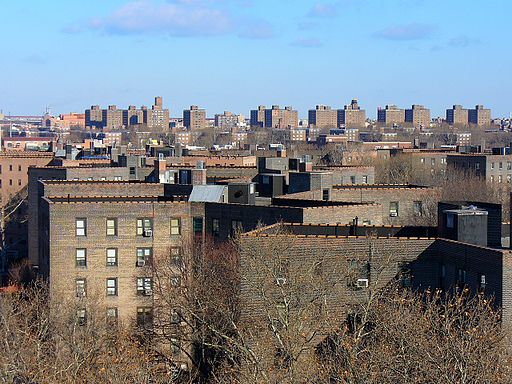 Within days of someone leaking Amazon’s news on Nov. 5, housing interest in the area saw a dramatic increase. According to StreetEasy, the number of searches to purchase a home in Long Island City increased by 283 percent. That number only increased again once Amazon officially announced its plans Nov. 13, with a surge of 519 percent.

According to Amazon, the average income for their New York workers will be $150,000 a year. But the median income for Long Island City, Queensbridge and Ravenwood, is only $28,378. This insurgence of high-income residents will be be reflected in rental costs and surrounding businesses, and with 19 percent of Long Island City residents living in poverty, 9 percent facing unemployment and 48 percent feeling heavily burdened by rent, Amazon opponents believe hundreds of people will be displaced.

Mario McMichael, director of programs and new initiatives at The Partnership for the Homeless, has seen this happen countless times in other areas of New York City and predicts the cost of living in Long Island City will only increase.

“We know that the property values of the units immediately surrounding this area where Amazon will be will double, triple and quadruple,” McMichael said. “The expectation of the workers being there earning an average salary of $150,000 will want to live somewhere close to where they want to work. That displaces the people that are living there now.”

As Amazon moves in, so does rampant gentrification

McMichael believes tenant laws are not strictly enforced throughout the city. One of the most common problems his organization sees in gentrified areas is landlords forcing lower paying tenants out to attract those who will be willing to pay more.

“What we find is that the people at the low end of the totem pole also get just terrible, despicable landlords that violate all sorts of housing laws,” he said. “These families typically get pushed to the outer fringes, like places that aren’t the most desirable, places where there may be more poverty and higher instances of crime. They get pushed there until, of course, those places gentrify too.” 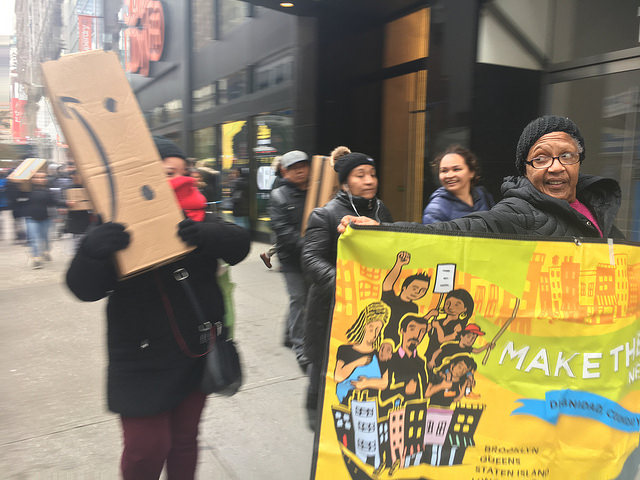 Homeless New Yorker Nathylin Flowers Adesegan, 72, leads a group of people on Nov. 26 as they march to the Amazon Bookstore on 34th street to protest Amazon opening a new headquarters location in Long Island City. Photo by Li Cohen

Nathylin Flowers Adesegan is just one of the many who have been pushed out. After living in her rent stabilized apartment for decades, the 72-year-old now shares a small, double room with three other women in a homeless shelter.

“I lost my apartment because the rent went from $475 to $1,319.16 a month,” she said. “I was there 34-and-a-half years. So many of us have been evicted and pushed out of our neighborhood and shiny new buildings pop up all around us. We can’t afford to live in them and it’s set to get worse when Amazon comes.”

While Adesegan is grateful to have a roof over her head, she explained that living in a shelter requires individuals to accept degrading treatment.

“What’s it like to live in a shelter? I have a curfew at my age. I can’t cook dinner. I have to go through a TSA search every time I go in and out. I get rationed toilet paper because the plumbing is so bad,” she said.

“What kind of luxury apartments could we have for that money?” Adesegan asked.

For the more than 800 families expected to be displaced by Amazon’s move to Long Island City, finding a solution that benefits their future and well-being will likely be difficult.

According to the Department of Homeless Services, finding a safe and steady place for the more than 60,000 people in the shelter system – and the estimated 20,000 to 30,000 not accounted for in shelters – is difficult. The Department’s Shelter Scorecard Summary for October showed that there are 485 buildings with shelter units in New York City’s boroughs and more than 12 times as many shelter violations, including health, fire, building and code violations.

In New York City even the highest-paid corporate moguls are at risk of falling to the economic bottom and being forced into these conditions. Michael Ball, 38, used to be a producer for Sesame Street, but when he suddenly lost his job, he was immersed into the city’s silenced world of homelessness.

“I’ve been homeless for two-and-a-half years,” he said at a protest against Amazon on Nov. 26. “I don’t really come from anything. I worked my way up from a low production assistant all the way up to the top [at Sesame Street] and it just so happened in my life that I ended up in this situation.”

What angers so many homeless individuals and support organizations is the fact that the city government chose to pay Amazon nearly $3 billion in subsidies to build its headquarters in the city. The company will receive $897 million from the Relocation and Employment Assistance Program, $386 million from the Industrial and Commercial Abatement Program, $505 million in grant funds and $1.2 billion in “Excelsior” credits. Meanwhile, The Department of Homeless Services will only receive $2.06 billion for Fiscal Year 2019 and one of the few homeless shelters in Long Island City that opened this past March was already bought out in a $36.5 million deal in November.

“The immediate need is housing, specifically affordable housing, but the long-term ongoing need is education and workforce development,” McMichael said. “So I definitely think putting money into both of those, that money definitely could have been used that way.”

“If a company is going to come to the city to establish a headquarters why do the taxpayers have to subsidize that?” he said. “After we flipped the senate we find that we do have the money in fact. It’s a little bit disheartening and infuriating to hear repeatedly that we have no money, but they are able to find the money to subsidize a billion dollar corporation and one of the most wealthiest men in the world to bring him here, and buy him a home when we have more than 89,000 New Yorkers without them.”

The truth about Amazon’s employment

While the echoes of New York City’s officials dropping billions of dollars on Amazon’s shiny new floors ring through Long Island City, the only sound thousands of New Yorkers hear is the reminder that Amazon’s promises are not all that they seem. 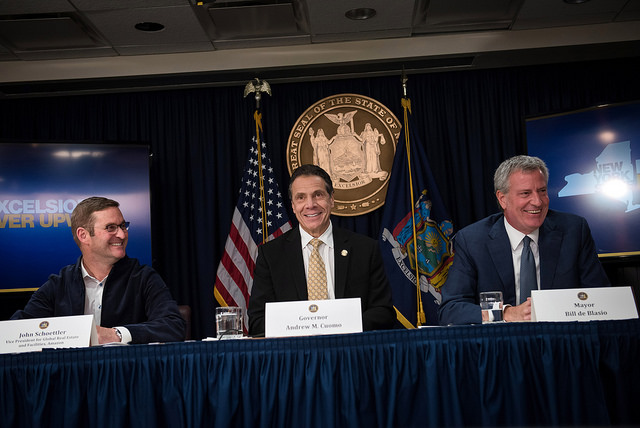 The company announced they are bringing 25,000 jobs to their spot in Anable Basin, about half of which will be technology-based and the other half split between miscellaneous positions. Many are convinced that most of those positions will already be filled by Amazon employees who move to the city.

Adesegun says this is just ‘what companies do.’

“They take over public spaces, public lands and they build and the most horrible part about this is that the democratic process was subverted,” she said, noting that the rate of homelessness drastically increased when the company opened its headquarters in Seattle in December 2016.

The positions that are not already occupied, including human resources, administration, custodial and communications, will likely require advanced degrees and experiences that many of the people that are displaced by the new headquarters do not have.

“A lot of their jobs require a certain degree of technical skills and our folks who are homeless or low income don’t have that,” she said. “So they end up bringing in people from outside who have skills they want, but then they are bringing in more people and that’s putting pressure on the already strained infrastructure of an area.”

A look through Amazon’s recently available jobs for New York City show that many positions require nearly a decade of experience in leading corporate projects, at least a bachelor’s degree and endless technical skills. Even smaller jobs, such as the merchant assistant that entails helping with fashion purchases, require at least two years of relevant work experience, a high school diploma or GED and Microsoft Excel experience.

While the jobs within Amazon may be hard for the poor to fill, McMichael noted that a new headquarters will create the opportunity for smaller businesses to rise in the surrounding area.

New York’s homeless community and its advocates made it clear that their primary concern is being heard in the loud sounds of Amazon’s soon-to-be construction.

“Maybe they should hire a significant amount of workers that are displaced persons,” Guzman said. “If you’re going to displace or you’re going to change the dynamic for people, perhaps there should be a compromise or an exchange, not just a total transfer of power for the tenants.”

“One of the things I think Amazon should do is create a program where they make a commitment to hiring a substantial number of homeless and very low-income individuals,” she said. “Not in minimum wage jobs, but train them to have a really meaningful employment with the company.”

Guzman, just does not want the homeless to be left behind.

“To leave the shelter system is a chess game in itself,” he said. “No one should feel like a pawn to a system that just doesn’t validate humanity.”