As the ban on plastic bags approaches, New Yorkers are ready to see them go 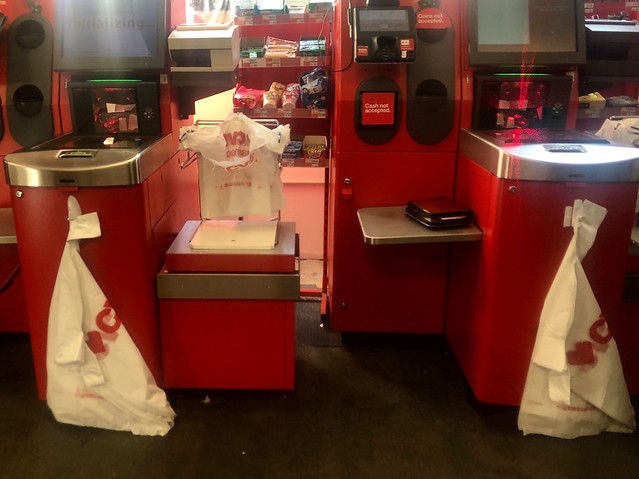 At a very busy CVS store in Noho, front store manager Vincent El said about 10,000 plastic bags are used every day. That number will fall to zero, once a statewide ban on single use plastic bags goes into effect next year.

And shoppers said they are ready to make the switch.

The ban on plastic bags was approved last April and will go into effect in March of next year. A 5 cents tax on paper bags — directed towards the state’s Environmental Protection Fund — will also be imposed in New York City.

There are a few exceptions with certain types of products, such as “food takeout bags used by restaurants, bags used to wrap deli or meat counter products and bags for bulk items”.

El,  expects a mix of reactions from the customers, but said that a lot of them have made it clear that are “very happy” about the change in regulation and even skeptical of the paper bags.

“They don’t like the idea [that] we waste a lot of paper, but it’s recycled,” El said.

But he also has customers who want to stick with plastic,

“You got the people that don’t want it,” he said. “They still want the plastic and they don’t want to pay a nickel.”

Although paper bags are easier to recycle and decompose, the answer to which option is better for the environment is complex and depends on a number of other factors, such as the amount of energy necessary to produce them, the resources used, and the number of times the bag can be reused.

New Jersey resident Jay Jackson,  believes the solution is to bring your own bag, which she tries to do when she goes grocery shopping.

“I don’t see it as a bad thing charging five cents for a paper bag, because paper is coming from the trees and we are depleting the earth,” Jackson said. “People don’t like plastic because it pollutes the landfills, and it doesn’t break down as well. But paper is almost the same thing, because you have to cut down a lot of trees.”

Johnny Peauy, 20, who was shopping at The Container Store in Chelsea, said that while the switch to reusable bags is a good thing, there needs to be a change on a grander scale, and there needs to be more accountability for corporations.

“It’s band aids on a huge wounded animal,” Peauy said. “It bothers me because those aren’t actual solutions. There’s no real accountability, it’s just to make us feel better.”

While he wasn’t able to attend the climate strike, last Friday, because he was working at a coffee shop, he did interact with people who marched down to Battery Park.