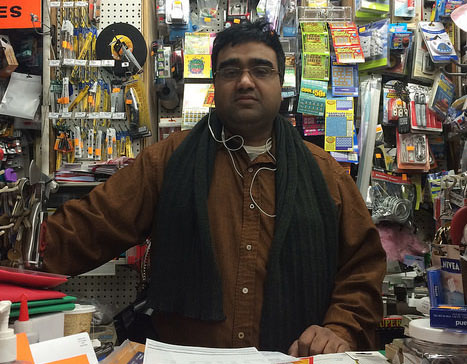 
New Yorkers braced for what Mayor Bill DeBlasio has warned could be the largest snowstorm in city’s history Monday, with forecast wind gusts of 50 miles per hour and up to three feet of snow accumulation. The Mayor urged New Yorkers to return home before Monday evening rush hour to avoid blustering winds, dangerously low visibility, and treacherous roads.

As the colossal Nor’easter dubbed Juno rushed headlong into the Northeastern Seaboard Monday afternoon, Brooklynites weren’t taking any chances. At a packed Associated Supermarket in Greenpoint, residents like Bonnie Class girded themselves for worst-case scenarios. 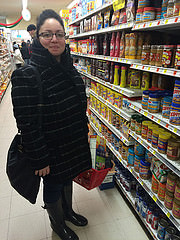 “I’m actually from Florida – a lot of hurricanes there – so, I’m getting ready, getting basic stuff. A lot of crackers, some fruit, some bread, just some stuff to last three or four days I guess.” Her plans for the evening: “Stay in and not work,” she said.

As snow began to blanket bustling Manhattan Avenue, retailers like Charlie Shaw, owner of Cheap Charlie’s, weren’t put out by the threat of massive snowdrifts and slick roads. “Most of my business for the snowstorm will be the salt, the shovels, the car cleaning and windshield wiper fluids. I’ll come in tomorrow too because I know people are going to look for this stuff in the morning,” he said.

In previous years Mr. Shaw said he has run out of de-icing salt during major storms, but this year he’s banking on moving a lot of it. He’s stocked a surplus in anticipation of winter storms like Juno.

In expectation of the worst, the MTA tweeted a readiness to shut down all train and bus service, along with Metro North and Long Island Rail Road trains by 11pm at the behest of New York Governor Andrew Cuomo. As mass transit hunkers down for a blizzard predicted to pummel the city, Greenpoint resident Emily Guthrie wasn’t fazed.

“I’m from the Midwest, it snows a lot. I think New Yorkers freak out a little too much about it,” she said. Still, Guthrie thought it wise to stock up on a few items at the C-Town Supermarket on Manhattan Avenue just in case. 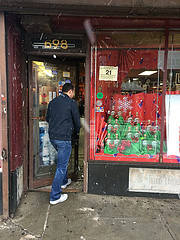 One last stop for many in the neighborhood is Polemost Liquor, also on Manhattan Avenue. Clerk Thomas Dunne said he anticipated an uptick in sales as he salted his storefront entrance. He said winter storms like this tend to be a boon for the store. “Business is better. There’s nothing to do and people are just staying home, relaxing, drinking wine, so we sell more.”