Brooklyn Bridge gets a bike lane 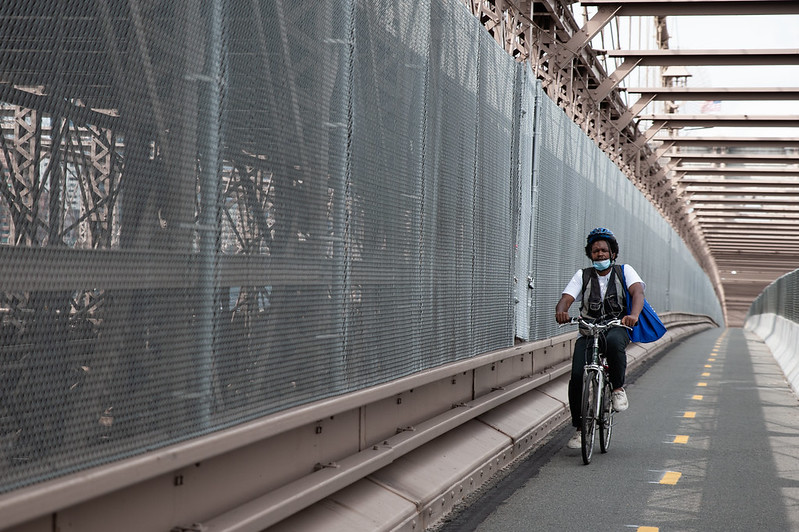 The city is hoping for no more collisions of cyclists with pedestrians on the overcrowded Brooklyn Bridge. The long-awaited bike lane opened to the public on Thursday.

“As a person who has tried to bike over (the Brooklyn Bridge) before, I think the lane is great,” said bike commuter, Ann Sanders of Brooklyn. “Before the bike lane, you would run into pedestrians, obviously, tourists, who weren’t paying attention or people taking pictures. You had to kinda dodge the traffic.” 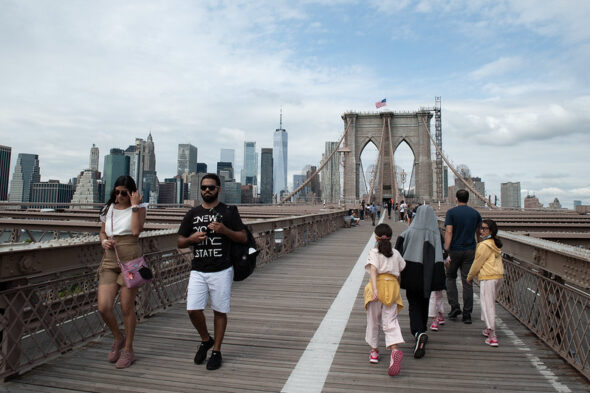 Before the decline of tourism during the pandemic, the Brooklyn Bridge promenade has been the number one tourist attraction in Brooklyn and in the top five for NYC, DOT data shows.

Even though bikers are now separated from pedestrians, some riders  still want more improvements.

“I just wish the cars weren’t right next to me,” said Nereide Kluger, a photographer from Manhattan who was making her first ride on the new bike lane, “With all the noise and pollution, it makes it very unpleasant.” 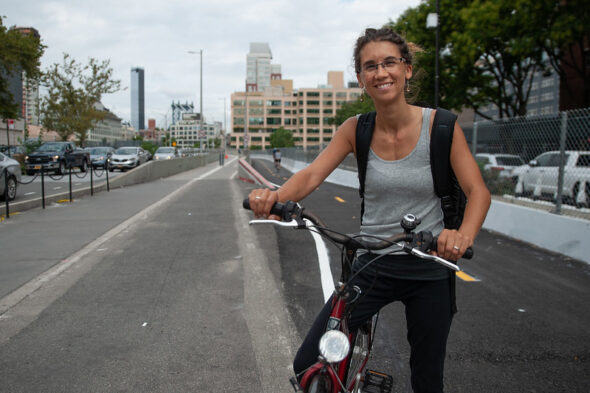 Nereide Kluger, a photographer from Manhattan, after her first ride on the Brooklyn Bridge bike lane. Photo taken by Nikol Mudrová

Kluger believes a wall could help. She said  and the 8-feet lane is too  narrow, but understands that there has to be space for cars too.

According to The National Association of City Transportation Officials   8 feet is the minimum in constrained locations and the desirable two-way cycle track width is 12 feet.

But the minimum width is not enough for Kathrine Willis, co-chair of the Bridges 4 People . The group advocated for the bike lane.

“As soon as you have people coming toward you, it will be too crowded and dangerous,” Willis said to Gothamist. In its current form, she thinks it would be an ideal one-way lane.

To ensure a safe bike ride in the two-way path, the Bridges 4 People suggests  widening the lane by using an additional car lane.

Ethan Kent, an advocate for the nonprofit Placemaking X which focuses on improving public spaces, said the lane is still a big improvement.

“What also deserves more attention is how the space for walking, viewing and gathering on the bridge is now much safer, larger and more comfortable,” he said.