Changes to east river park renovation have residents up in arms 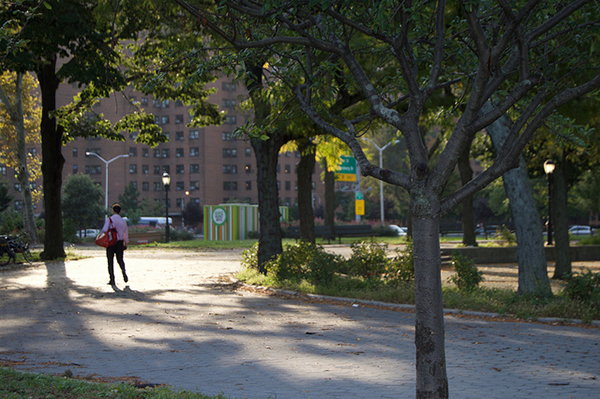 In the dog days of summer, the John V. Lindsay East River Park is a hub of activity. The air of the long strip of land that borders the east side of Manhattan from 12th Street to Pier 36 is filled with the shouts of youth league soccer coaches and the huff and puff of runners passing by. Everything is green, heat, and motion.

Those August days are a far cry from the dreary cold of February. But even lack of sunshine and breath that hangs visible in the air can’t keep residents of the Lower East Side from using the park. It is a gym, a speedway, and a crucial part of their day to day lives – a part that could be at jeopardy in the coming years.

Recent amendments to a plan to renovate the park have residents of the Lower East Side at odds with the City of New York. These changes involve closing the park for several years and destroying the amenities and vegetation that currently exist in the area.

In 2012, Hurricane Sandy struck New York City, and the Lower East Side took a particularly brutal hit. Severe flooding ruined homes, closed businesses, and wreaked havoc on the park. In response, the East Side Coastal Resiliency Project was launched in 2014 with the goal of redesigning the park to protect the community from future storm surges and the ever-increasing risk of sea level rise, but the original plan did not involve shutting down or destroying the existing park.

Ross Martin’s salt and pepper hair is the only indication that he could be old enough to have lived on the Lower East Side for more than two decades. He and his friend, Marga Snyder, are among those who are not happy with the changes to the project.

“The main thing is the closure of the park,” said Martin. “What I use the park for most often nowadays is as transportation. Bike, walk, run. It’s a quick way to get downtown. It’s a zero-emissions transportation corridor that they are going to close down for four and a half years.”

For residents of the Lower East Side, particularly in Alphabet City, public transportation options are extremely limited. Martin and Snyder are sitting in a bar that they regularly visit, just a few blocks from each of their homes. From here, the closest subway station is at 1st Ave and 14th Street, a 20-minute walk away.

“The East Side is always ignored in that regard,” Martin said. “We have very little public transportation over here and what we have is very cumbersome. There is no subway this far east, it’s basically a mile walk to the nearest subway stop. The buses are slow and crowded, and the bike lanes aren’t great.”

In spite of their opposition to closing the park, they are not opposed to the project itself. Martin has lived in an apartment of the corner of 9th Street and Avenue C for 24 years and witnessed the destruction wrought by Hurricane Sandy. He got involved with the project at its inception.

“There is a long history to this design,” said Martin. “In response to Sandy, there was a design competition called Rebuild by Design. The team that got Lower Manhattan was called BIG and they did a design called the Big U.”

“We were a big part of the Big U and BIG,” he continued. “The neighborhood was invited and they spent three to four years.. all these town hall meetings, lots of neighborhood participation, lots of outreach, and came up with a design that people were pretty happy with and a schedule and a phasing that we could live with.”

That is no longer the case with the plan the City is proposing now.

“The City has taken over the plan,” said Snyder. “But they aren’t really giving us any… they haven’t done it before and they aren’t citing any practical information. Not many people have done this before, so we want them to hire an outside expert and do more studies.”

The problem is time. Amy Chester is the managing director of Rebuild by Design, a non-profit organization that grew out of the design competition launched to renovate the park. According to Chester, the federal government awarded the City with $335 million after the competition, but it has to be used by 2022. Chester and Martin both agree that the time crunch is behind the amendments, but Chester is not sure the new plan is a bad one.

“Both of the plans will help protect the city from storm surge and sea level rise,” said Chester. “The plan is to use the park as protection for the community behind. There are many many things you could use for protection, like a sea wall, but the idea was to do something that had multiple uses.”

For some, the idea of a renovation in any form is unwelcome. Jennifer Morales has moved away from the Lower East Side, but has deeply rooted ties to the park as it exists now.

“I learned to ride a bike there,” said Morales. “I learned to drive there, fell in love (several times over) there and spent countless summer days tanning, picnicking, watching fireworks, running in the track, roller skating, go to parties and running in the sprinklers.”

The current plan is to raise the park 8-10 feet by building up the sides and piling fill and soil on top of the trees, track, and amenities that Morales remembers so fondly.

“The idea of it being buried like a corpse makes me grieve as if a beloved loved one has been diagnosed with a terminal illness,” said Morales.

Susan Stetzer, the press contact for Manhattan Community Board 3, said that the “community board has not yet taken a position” and that they “may not do so until the final design is brought to the board.”

The Community Board is meeting tomorrow to discuss the project.

Thank you Samantha for bringing much needed attention to this issue!

Very informative and well written. So sad that the city has done such a 180 on this issue.

> don’t get it. Manhattan is an island so if the water rises and is blocked by the park, won’t it still get in through another way?
The west side was hit also and many parts were underwater and that area is all flat.

Why not build a retractable segmented walls around the sides of the lower part of Manhattan.
It would be submerged and sections of it can be raised when a storm is detected.