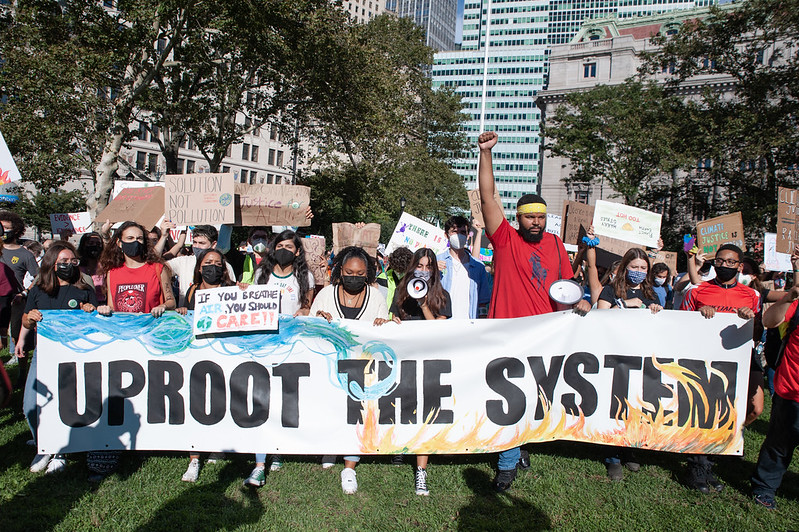 Thousands of city’s youth walked out of the classrooms yesterday and into the streets to participate in a worldwide strike for climate change.

“What do we want? Climate justice! When do we want it? Now!”

This was the cry of the hundreds of young protesters led by the local chapter of Fridays for Future who marched from City Hall Park to Battery Park. 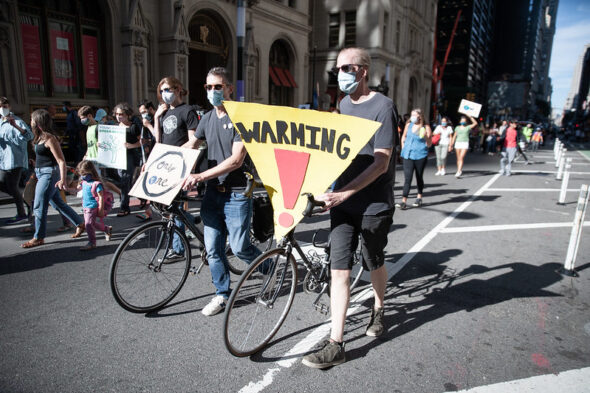 They held signs  that read, “Protect our home,” or “If you breathe air, you should care!!”

The New York City Friday for Future movement summed all the various banners  and chants into  four specific demands. They want clean energy, no funding for projects polluting the environment, t environmental justice education in public schools and environmental protection for 30 percent of the country’s  land and sea. 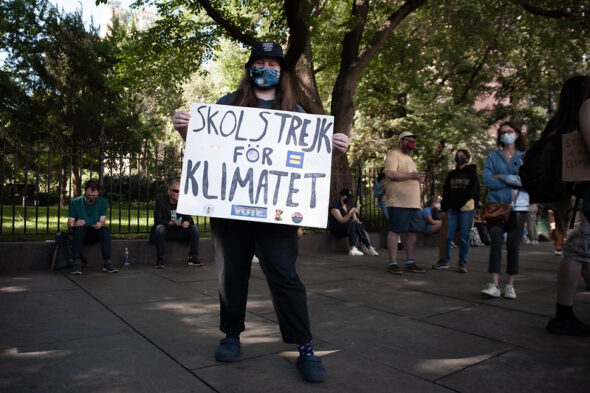 Brooklyn Darling, 19, a SUNY New Palz College student, voicing her disagreement with climate inaction in front of the City Hall, where the strike started. September 24, 2021. Photo by Nikol Mudrová

She also believes it is crucial to follow the  United Nations Sustainable Development Goals, Paris Agreement, and sign the Green New Deal.

“Those in power should listen to youth. We are the ones who are inheriting this earth after they leave,” Yasmin Bhan, one of the strike’s organizers said.

That is why organizers led the crowd with the slogan: “Uproot the system.” The same message also led more than 1,400 Friday’s climate strikes around the world.

“Especially in Congress, there are a lot of people getting paid by the fossil industry,” protestor, Gerome Foster II said. At 18 he is the youngest member of the White House Environmental Justice Advisory and the executive director of youth voting advocacy group OneMilionOfUS. “We need to vote out the people who are continuing to perpetuate the system and are putting us at risk.” 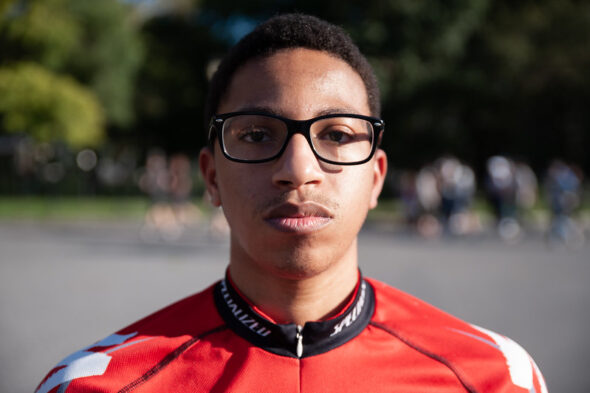 Climate change protestor Gerome Foster II, 18, has been very active in the fight to save the environment.  September 24, 2021. Photo by Nikol Mudrová

Foster was inspired by Greta Thunberg, a Swedish climate activist who launched the Fridays for Future movement and a close friend.

As a response to Climate Week, Mayor Bill de Blasio announced several new climate policies including a 15-Year $191 million plan for reaching the goal of 100 percent clean energy by 2040 and carbon neutrality by 2050.

But this is not ambitious enough for the protestors  since youth climate activists rallied for clean energy by 2030 and not 2040. 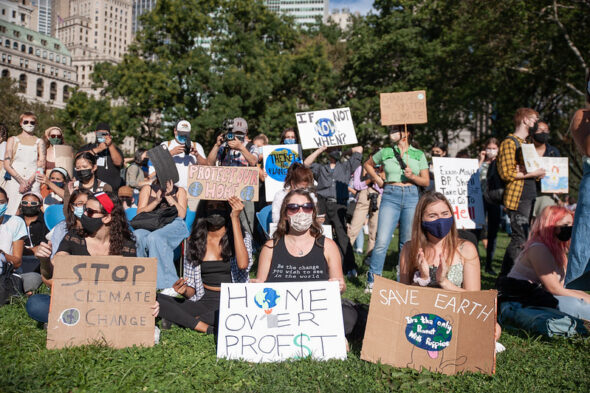 And a lack of ambition and will is what Foster noticed on Biden’s Environmental Advisory Council.

“The hardest is reaching the scale of the plans,” he said.“Often, we’re fighting over how we scale up and what we can do, for instance, 10  percent increase over the next 10  years and we say: ‘No, based on the science, we need to make an 80 or 90 percent decrease.’ And they’re like, ‘Well, we can’t do that,’” he said.

According to Foster, the political climate is simply not changing fast enough.

“They don’t understand the urgency or the scale of it,” he said.

And that is why the organizers voiced from the stage of Battery Park the need for tackling climate change globally.

“No matter your race, gender, identity, sexual orientation, religion or social economic status, this is a fight for all,”he said.