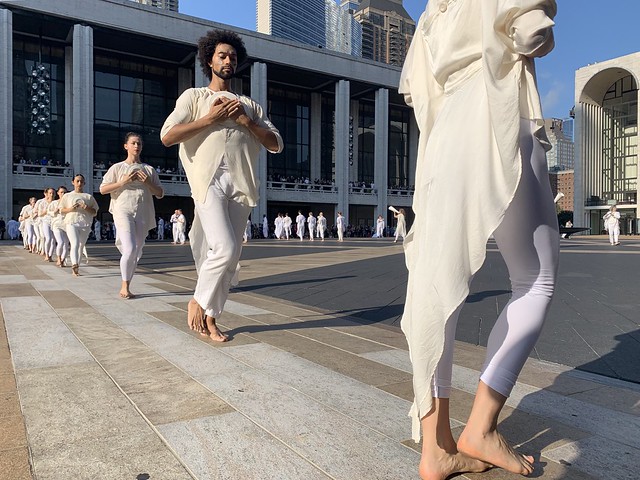 The Table of Silence Project 9/11 dancers move through Lincoln Center in their tribute dance in honor of the 9/11 attacks Wednesday.  Photo By Amanda Pérez Pintado

At the sound of a gong, more than a hundred dancers clad in white moved through Lincoln Center’s Josie Robertson Plaza Wednesday for a tribute performance for the 18th anniversary of Sept. 11, 2001 terrorist attacks.

The barefoot dancers were part of the Table of Silence Project 9/11  and they moved to the ritualistic sounds of conchs, flutes, drums and vocalizations. But at 8:46 a.m., the time when the first plane hit the World Trade Center’s north tower, the performers observed one minute of silence as they raised their arms to the sky.

The Table of Silence Project 9/11, conceived and choreographed by Jacqulyn Buglisi, began in 2011. It’s dedicated to “all who suffer from oppression of freedom and the tragedy of war” and photojournalist Bill Biggart, who died in the twin towers.

“We’ve got enough destructive impulses in the world,” dancer and associate founder of Buglisi Dance Theater Christine Dakin said. “As human beings, we have those destructive impulses, but art is creative and positive. Using that power that an individual artist and human being can have for something positive is maybe not a duty of the artist, but it’s certainly a power that the artist can have.”

Dakin, 70, considered the performance itself as a vehicle for the dancers to unearth their own capabilities as artists. 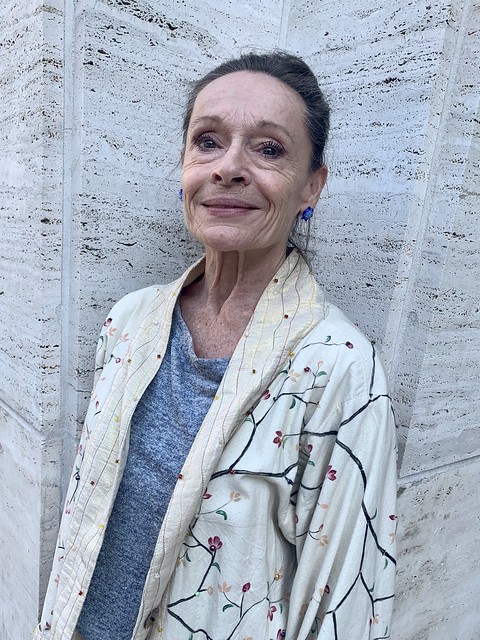 She said the community of dancers that participate in the tribute has expanded in ethnicity and age since the inaugural performance nine years ago.

One of the younger dancers in today’s presentation was MaryBeth Rodgers, 21, of the Upper West Side, who danced in the tribute for the first time last year.

“Table of Silence to me means taking some tragedy, some negative, horrible thing and offering a peaceful and unifying solution in something as tragic as 9/11, especially for New York City,” Rodgers said. “There needed to be something for people to heal and recognize the moment that happened and move on together stronger.”

For Rodgers, a Fordham University junior, art is an important coping mechanism to recover from tragedies such as the Sept. 11 attacks, which claimed the lives of almost 3,000 people.

“Something like this ritual performance, it feels religious to me,” she said. “Art is a way for us to recognize something that maybe we can’t put into words or maybe we can’t talk about because we don’t know how to talk about the death, the tragedy or the trauma that happened, but we can at least experience it and express it through art.”

Rodger’s father, Brian, had seen last year’s performance online, but this year he had the opportunity to see his daughter dance in person.

“It’s a big difference in person,” he said. “It’s more intimate. You can hear the sounds of the city in the background.”

For the New Jersey native, Sept. 11 is a “big day for New York City and we have to remember it.” 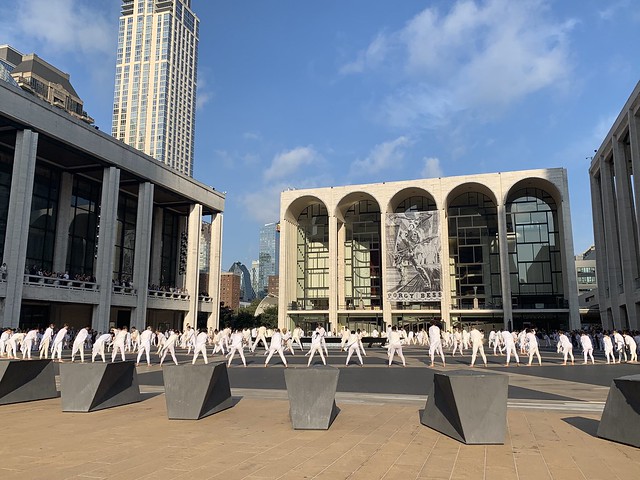 Over 100 people danced in the Table of Silence Project 9/11. The tribute performance was held at Lincoln Center’s Josie Robertson Plaza. By Amanda Pérez Pintado

Performer John Ragusa, 62, said that the tribute is not only a remembrance of Sept. 11 but also an expression of peace and aspiration for a better world through art.

“We gather with a lot of direction from the creator and choreographer with a very strong center of peace and hope, and there’s a lot of effort made in rehearsals and before performance to get everybody focused,” the flutist and Upper West Side resident said. “It’s not just a choreography or a performance, it’s very much a unified presence of what we hope this world can be and we believe in our hearts is beautiful.”