Despite the controversies, some women won’t let go of Victoria’s Secret 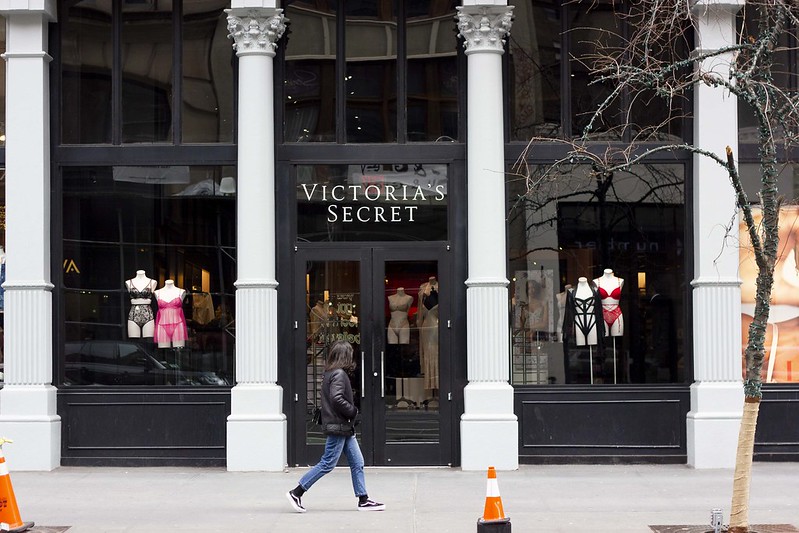 A woman passing by the Victoria’s Secret New York 5th Avenue store, on a Sunday afternoon. Despite the reported culture of harassment, some women still use the brand. Photo by Catarina Lamelas Moura

Through the glitz and glamour of their annual show, between the feathers of their elaborate wings, the cracks in Victoria’s Secret have started to show. The lack of inclusiveness, transphobic remarks and the recently reported culture of harassment have gotten the brand in trouble.

But as old habits die hard, it seems that at least for now it’s going to take much more to discourage some women from shopping at the lingerie store.

“I think that the body image that it gives to women, men, whoever, their customers is, is very skewed, not all encompassing,” Moura Ehmer, 31, said, while walking out of the brand’s 5th Avenue  store. “That being said, it’s a block from my house and it’s a one stop shop, I know my size, and they have good discounts every now and again.”

Ehmer said that when looking for a place to buy underwear, the level of proximity and practicality top any other considerations. Having “grown up with the brand”, the New Yorker is mostly drawn in by the ease of shopping in familiar territory.

“A consumer, I should really do this, but I don’t really think twice yet when I go to buy bras,” Ehmer said. “I can go to TJ Maxx if I find something and I think that’s great. It’s not like I’m like Victoria’s Secret only.”

In recent months, reports have indicated Victoria’s Secret has been losing business. In a surprising move last year, the brand canceled their famous annual show, an extravagant event where their “angels” would walk down the runway in underwear and elaborate wings. But even the broadcasting numbers had gone down to 3.3 million television viewers in 2018, from 9.7 million in 2013.

A report in the New York Times last Saturday described how in the past Victoria’s Secret top male executives fostered a culture of misogyny, bullying and harassment, for example making advances on models and punishing them for refusing. One shopper walking out of the store in Manhattan was aware of the story.

“I saw the piece. I was very disappointed that they didn’t do anything to change the culture and there was such an accepted level of harassment towards women,” Sarah Henry said. “I’ve sort of become numb to it with the whole Harvey Weinstein thing, which is just a terrible situation to me.”

Still, something draws the New York local back to the store. Having been a customer since high school, Henry described her relationship with the brand as a habit.

“It’s still a functioning company, with people working in marketing and sales that also have families that are innocent in this, but I’m still patronizing the store,” Henry said. “I think there’s always been some conflict because they’ve been perpetuating this body type, this ideal that I will never reach, for as long as I can remember. And now it’s just coming out that they’re perpetuating this culture [of harassment] that was not healthy.”

Henry went into the store with a friend, who pointed out how today a wider range of underwear brands cater to different preferences and shapes, such as Third Love and Rihanna’s Savage X Fenty.

“There’s been, I think, a shift of body image over the past few years that I know Victoria’s Secret maybe doesn’t abide by,” Ilana Galang said, pink Victoria Secret bag in hand. “I guess they play off the fantasy.  As a branding tool I don’t think there’s anything wrong with that, especially because now there are other brands out there that have different directions. Some are body positive, some are inclusive, and some are plain and boring.”

For other shoppers,  the brand secret remains a favorite.

Saya Lee, originally from South Korea and a New York resident for the past 10 years, said that the sales the brand holds draw her in, even though some of her friends have stopped shopping at Victoria’s Secret.

Queen Brown, on the other hand, is unfazed by the negative reports on how the brand portrays women.

“This is a lingerie line and you have Lane Bryant, you have a Victoria’s Secret, Ashley Stewart,” Brown said. “To each his own.”