Growing up in the aftermath of 9/11 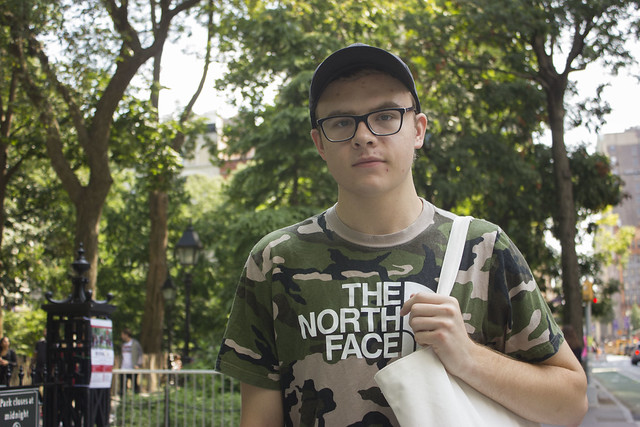 On the 18th anniversary of 9/11, young adults who grew up in the aftermath of the attacks said they don’t know a time when the threat of terrorism has not been a part of their lives.

Recently, a law requiring schools in New York to hold a moment of silence during the anniversary of 9/11 was passed.

“I think that’s good,” he said. “It’s respectful. Especially in New York, where it happened,”

It was precisely in school, around the third grade, that Clara Luce, a 19-year-old NYU student, remembered learning about the attacks of 9/11. 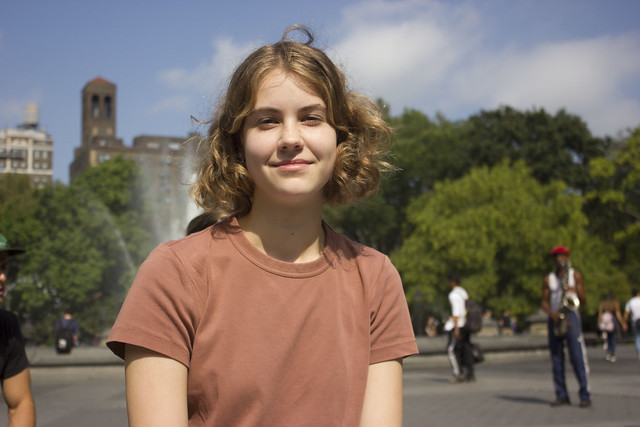 Clara Luce, a 19-year-old NYU student remembers having been made aware of 9/11 during school. By Catarina Lamelas Moura

“It’s hard for us to understand such a scary thing happening, just because it didn’t happen when I was a thinking person,” she said. “So it doesn’t feel as real to me.”

The Michigan native reckons that the lost sense of security people endured was one of the greatest consequences of 9/11.

“Maybe, as a culture, we have a feeling of being afraid of people other than us because we’ve been hurt before,”she said. “Growing up without really experiencing 9/11, I don’t have that same type of fear that someone coming into the country is a terrorist. I would definitely say I’m more worried about being shot than a terrorist attack.”

Having grown up in a conservative surrounding, Larkin points to the sense of patriotism associated with the aftermath.

“Before 9/11 — I don’t know if this is true, because I didn’t have any opinions before — maybe I would have been more free to express my political opinions and say things that were not considered American,” Larkin said. “I am a socialist, so that’s something that’s really frowned upon in Utah, and it’s something that I can’t talk about, because there is this sense that it’s not American, it’s not good.”

To these young people, the events that followed 9/11 are part of history.

“The glorification of the military response is something that’s kind of dangerous,” Larkin said. “I think it’s taught implicitly that these people wanted to hurt America and so we are rising up against them.”

Natalie Doggett, 20, is from New Jersey and remembers her mother saying that her aunt “got caught in everything that was happening” in New York,on 9/11. By Catarina Lamelas Moura

Natalie Doggett, a 20-year-old from New Jersey, remembered her mother saying that her aunt “got caught in everything that was happening” in New York on September 11. It took her aunt about 10 hours to get home.

“I remember being taught about it in elementary school. I remember being taught to perceive it as a really bad thing,” Doggett said. “I don’t think islamophobia was taught to us, but I do think we were taught to look at Muslim people as the enemy. Obviously it was a horrific event, but I know better than to attach that event to all Muslim people and to perpetuate that kind of islamophobia.”