International students struggle to find jobs in the U.S. 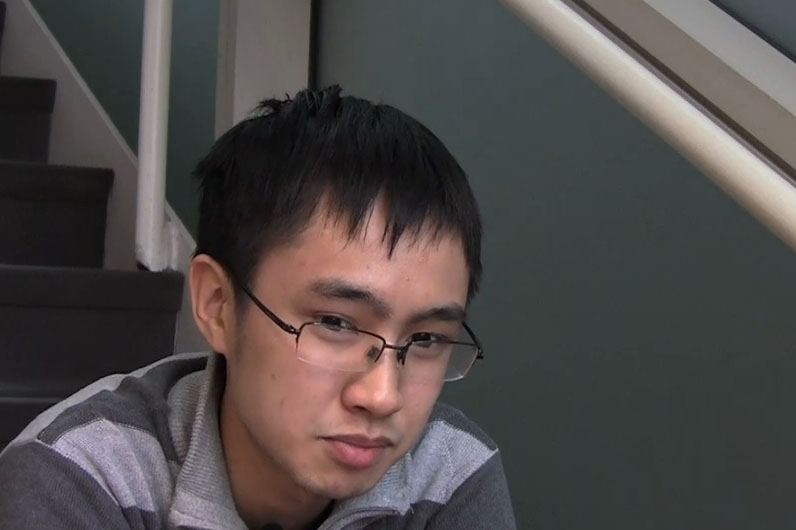 Zishun Ning, a senior cinema studies major in Tisch School of the Arts at New York University from Guangdong Province in China, came to the U.S. two and a half years ago for the sole purpose of landing a job in the U.S. when he finished college.

But unlike domestic graduates, the 7,000 international students at NYU face much bigger challenges than securing a job here after graduating. They have to deal with restrictive visa requirements and limited jobs opportunities because of their limited visa status.

“I want to find a job here after graduation,” said Ning. “However, it’s not easy because not many companies are willing to offer working visas to international students and there is only a limited amount of visas being offered each year.”

“You might have to pay a few thousand but if I am a small organization, I might not have the finances to pay to hire international students,” she said.

After graduation, international students like Ning, have one year to work in the U.S. under the Optional Practical Training (OPT) program, as long as their profession is related to their field of study. But, they must obtain a HIB visa to be able to work in the U.S. for a longer time before the program expires.

The H1B visa is a non-immigrant visa for foreigners to work in the U.S. for three years and can be extended for another three years at the discretion of the employer. If an employer decides to hire an international student, they must apply to the government for the visa on behalf of the student. When the H1B visa expires, a student must apply for another kind of visa or green card to retain legal status in the U.S. H1B visa holders are eligible to apply for green cards and to become citizens while still holding a H1B visa.

Ning said he wanted to start his career as a production assistant in the film industry to gain some working experience. Currently an intern at Deep Dish TV, Ning is worried he might not be able to get a job with an H1B sponsor visa before the program ends.

“The economy is bad,” said Ning.

Bangzheng He, a second year graduate student from Sichuan Province in China and a mathematics major at NYU, said he was not optimistic about the employment future in the U.S. for international students.

“I know some friends of mine, who are working right now under the OPT,” said He. “But the companies are not sponsoring them H1B so they probably have to leave and find another job which could sponsor them.”

Renjie Xie, a second year grad student from Shanghai, China, and a mathematics major, said the only way of securing a job in the states is by working hard and maintaining a positive attitude.

“When you are under OPT, you have to do as much as you can and do everything they want you to do,” said Xie. “My friend told me that it’s still a tough time, you can’t show your emotions, or lose your temper.”

According to the Open Doors report, which was published by the Institute of International Education in partnership with the U.S. Department of State’s Bureau of Educational and Cultural Affairs, the most popular majors for international students are business and management, which accounts for 22 percent of international students area of study, engineering (19 percent), mathematics and computer science (9 percent), physical and life sciences (9 percent), fine & applied arts (5 percent), and health professions (5 percent).

With one third of his classmates from outside the U.S.,He agreed that different course of study played a role in the employment situation.

“From what I heard, your major really matters,” said Bangzheng He. “Employers want to find the right people for the job.”

Ning said even though he wanted to apply for a green card and hoped to live the “American dream” — something that his parents and relatives expected him to do, he has learned that the process of making that dream come true is hard.

“I feel some pressure from my parents and relatives,” said Ning. “They wanted me to stay here for a few years. For them and for me, it was a waste of time if I went back to China with no working experience. In that case, they would say, ‘Why didn’t you just go to college in China?’”

Compared to Ning’s “American Dream,” Xie said he had a “Chinese Dream,” which was going back to China to build his career back home if staying in the U.S. didn’t work out.

“My parents and relatives asked me to find a job in the U.S. and stay here,” said Xie. “But for me, I don’t think that’s something I have to do because I think as long as there is an opportunity out there, I will go for it no matter where it is.”

Having been in the U.S. for five years, Xie said he has started looking at job postings from websites from big firms like Goldman Sachs and Merrill Lynch to smaller investment banks.

Lee also encouraged international students not to turn down potential opportunities that might exist in their home country.

“I am not that against going back to China,” said He. “China is doing pretty well and there are also a lot of companies and good opportunities in China. So I can always work back home.”

[…] International students struggle to find jobs in the U.S. […]

[…] International students struggle to find jobs in the U.S. […]