International Students Worry About Their Future Under Trump 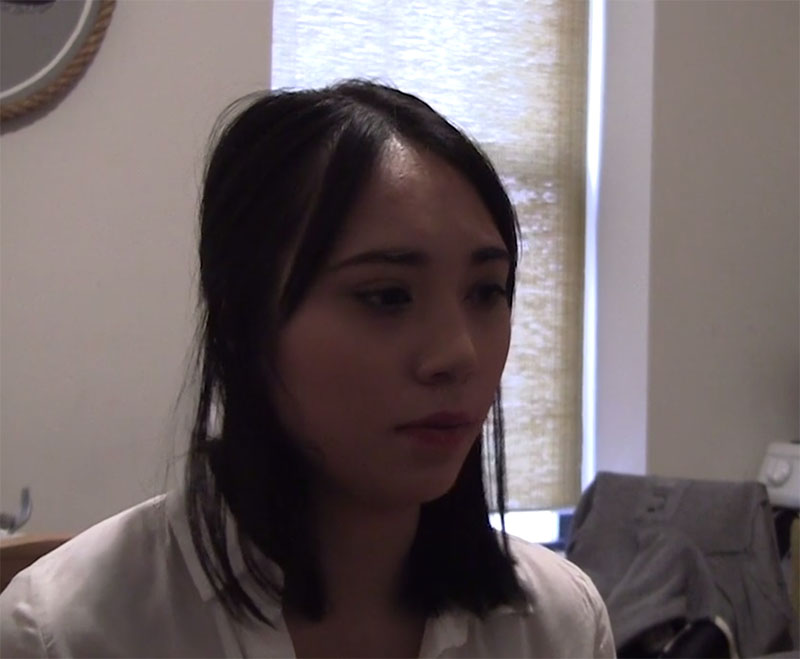 Just before going to work on a sunny Friday morning in March, Khan Pham, a 24-year-old native of Vietnam looked outside her living room window onto the street below.

“I love my neighborhood,” said Pham about her Hamilton Heights home at 141st street, a classic New York City pre-war building nestled in this bustling neighborhood. “Diversity is what makes this part of the city so vibrant. The rent is affordable and the food is amazing. It’s still a predominately Hispanic and African American neighborhood. I can’t imagine the negative impact a vast reduction in visas would have on this area of the city.”

In the aftermath of the various executive orders restricting immigration and statements from President Donald Trump denigrating visa programs such as the H-1B visa used by foreign workers, young international students  like Pham, are rethinking their place in American.

Pham first moved to the city seven years ago to study and received a bachelor’s degree in Political Science and master’s in Public Policy from Baruch College. She currently works for the NGO, Amani Global Works, as a program and development intern. When Pham first moved to the U.S her plan was to find a way to work in the country, but now she is not that sure.

“Being international, I suddenly feel somehow less welcomed here,” said Khan. “I am honestly not sure I want to stay here and my partner and I are thinking about moving to another country together if things worsen under Trump’s presidency.”

Other young adults from abroad echoed Pham’s sentiments. Betty Lo, a 22-year-old recent college graduate from Taiwan is currently applying for the H-1B visa, an employment based visa for temporary workers. She is unsure of how Trump presidency will affect her status.

“Trump and his cabinet are in the process of reforming work visas,” said Lo. “It has me worried because I am in the process of applying for a work visa. So I’m pretty certain things will get even more complicated than it already is.”

There are 85,000 visas given each year and currently 900,000 visa holders in the United States. Where Trump stands on the H-1B is difficult to determine. Back in October 2015, Trump said he was in favor of people coming into this country legally, but in March 2016, his campaign released a statement saying that the H-1B program was “neither high-skilled nor immigration: these are temporary foreign workers…for the explicit purpose of substituting for American workers at lower pay. I remain totally committed to eliminating rampant, widespread H-1B abuse I will end forever the use of the H-1B as a cheap labor program, and institute an absolute requirement to hire American workers for every visa and immigration program. No exceptions.”

The H-1B is one of the most common visa programs for foreign workers in the United States.

Nadeem Omar Shad a 23-year-old student at Columbia University, originally from the U.K. is discouraged.

“Once I get my degree, I will go back to the UK,” Shad said. “Trump has had a chilling effect on students’ from the UK in the sense that people feel discouraged to stay here and pursue an OPT, because they think employers will be less likely to hire them. But a lot of students say that after studying here for five, six years, they fee lbetter here than in their country of origin so it’s not a great situation to be in for a lot of us.”

According to the nonprofit Institute of International Education, about 1,043,839, international students were enrolled in U.S. universities in the 2015-2016 school year. The same year, 147,498 were doing Optional Practical Training (OPT), a visa that permits international student to stay and work in the country momentarily.

International students account for about 5 percent of all U.S. college students, and, as a group, contributed nearly $32.8 billion to the U.S. economy in 2015-2016, according to NAFSA.

“International students pay tuition, room and board to the university and sometimes rent local apartments/houses in the community,” said Jason Wynn the Assistant Director of International Student and Scholar Services at Georgia College and State University who has throughout the years helped and facilitated international students’ immigration and cultural acclimation needs. “This revenue is money that the local economy otherwise wouldn’t have.”

What worries students like Pham is the uncertainty behind Trump’s language.

“Trump specifically stated that changes are coming for H-1B visa,” said Pham. “Knowing his sentiments about foreigners, I don’t think he will make it easier for us to stay and work in the country. Most people don’t realize that international students not only stay because they have job opportunities here but also they create a new life in the country. They form relationships, grow to love certain places, learn the culture.”

Good article, but needs a minor correction. Students participating in Optional Practical Training continue to hold F-1 non-immigrant student status and report to ICE/SEVP via the schools from which they obtained their degrees. OPT is not “a visa” but a benefit available to F-1 students.