Latinos discuss leadership in the Age of Trump 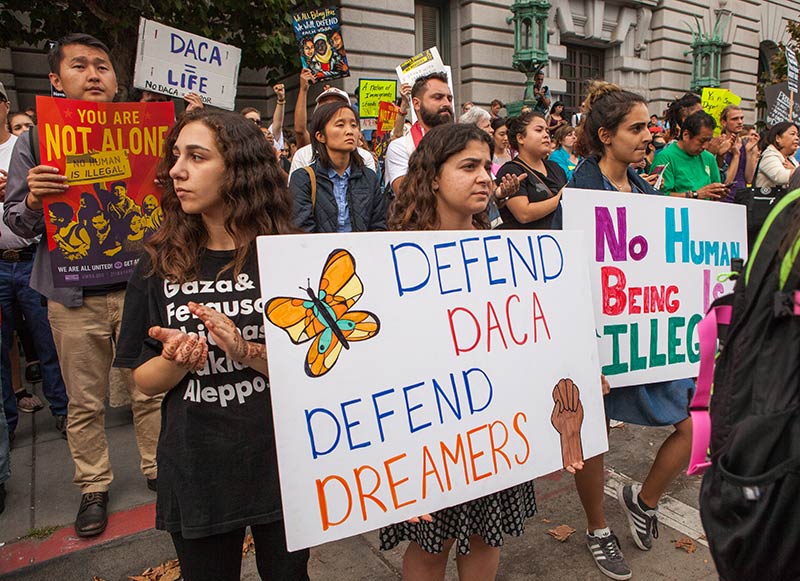 A panel of Latino leaders met yesterday at New York University’s Law School to discuss their governance in the age of Trump after the president announced the rescinding of the Deferred Action for Childhood Arrivals (DACA) bill on Sept. 5.

Withdrawal from this policy would put almost 800,000 undocumented young adults at risk of deportation, one of them being Peter Hernandez, who feels like the Latino community hasn’t done enough for him and the hundreds of thousands of DREAMers alike.

“I wish they could convince and advocate more for us and talk more to the Republican senators – tell and share our stories with them so they can know what kind of people we are,” Hernandez said. “We are not bad people and we’re just here so we can make a life for ourselves and we’re doing everything right.”

The bill, which was enacted in 2012 by an executive order during President Obama’s last term, is an immigration policy that allows minors like Hernandez, who initially entered the U.S. illegally, an opportunity to receive legal delayed action from deportation as well as eligibility for a work permit for a period of two years, with option for renewal.

The Oaxaca native moved to Texas with his mother, father and sister at the age of seven. His father began working as a landscaper and his mother sold items at the local flea market. Hernandez applied for the DACA program after he graduated from college, the year it went into law.

“The things I think students are most concerned about (in Latino representation) is that some of the folks who are in charge are the same ones that were in charge when I was college and at some point the different civil rights communities need to make space for other (racial communities),” said Myrna Perez, a member of the panel, hosted by the Brennan Center for Justice and an adjunct faculty at both Columbia and NYU law schools. “People are upset that there is not room for them to grow, not that there isn’t space.”

Perez, along with her colleagues, believe that the journey to representation in the Latino community is going to be an incremental one but that even the small victories should be feted. 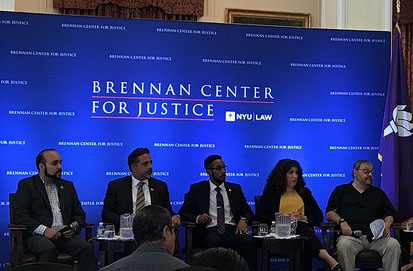 One of the people actively leading the charge for undocumented students like Hernandez is 21-year-old Jessica Calderon. The NYU student has been at the forefront of the fight for immigration advocacy, and now DACA.

As a first generation Peruvian-American, Calderon felt the need to fill a void in her community. The politics and Latin American studies major has worked for a slew of nonprofits here in New York City and at NYU Washington D.C. as a part of her study abroad program.

“Working with these DACA applicants last summer sort of changed my life, and after that, I knew I wanted to go into a profession where I can serve the immigrant community,” Calderon said after her months spent filling applications for roughly 20 DACA recipients.

For Calderon, it’s not the number of Latino leaders in power that is the issue in their community, but the ideology and policies that they set forth.

“A lot of times, the people that are representing us, the Latino ‘elites,’ are not representative of our entire community, the most vulnerable of our community,” Calderon said. “For example, a Marco Rubio is not representing a low-income, undocumented worker’s needs. It’s crazy that we believe we won the battle once we get (Latino members) into congress, but really we need to get (our community) to vote on the ideas towards progressive change.”