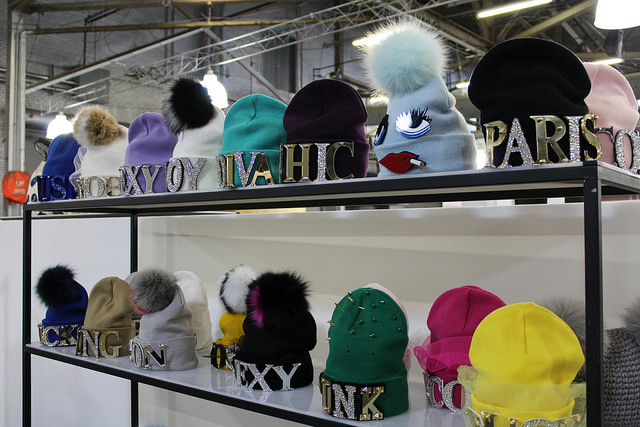 Fashion, in its essence, is a juggling act between art and commerce. At the recently concluded Capsule women’s RTW and accessories trade show at New York City’s Pier 94, which ended yesterday, aspiring creatives had their chance to expand their business horizons.

Italian-based designer and businessman Marco Cuoghi was one of them. As the founder of accessories label Richkids, Cuoghi said that participating in Capsule helped boost his prospects in the U.S., where he wants to gain more traction.

“At this event, I met a buyer for Patricia Field,” said Cuoghi, referring to the famous stylist and retailer. “I also got to talk with different retailers who gave me advice on what works in the U.S. market. So far, department stores like Saks Fifth Avenue and Macy’s have placed product orders.”

Capsule is the brainchild of BPMW, a fashion consultancy firm. Launched in 2007, the trade show has aimed to put together, under one roof, a well-curated lineup of up-and-coming designers and emerging brands that have good retail potential in various territories worldwide.

Cuoghi said that it’s important to have brand presence in the U.S., especially in a fashion capital like New York City. After all, fashion is a lucrative business in the city that never sleeps.

New York City generates more than $15 billion in annual sales—and this makes New York City the largest retail market in the US, according to the New York City Economic Development Corporation (NYCEDC). Fashion also attracts more than half a million visitors yearly to New York City, and the industry employs around 180,000 people in the city, the NYCEDC added.

At Capsule, there were around 700 exhibitors from all over the world, which allowed interaction between entrepreneurs and retailers and press.

But some exhibitors said that business moved slow at Capsule, which mostly only allowed wholesale and bulk orders between sellers and buyers. 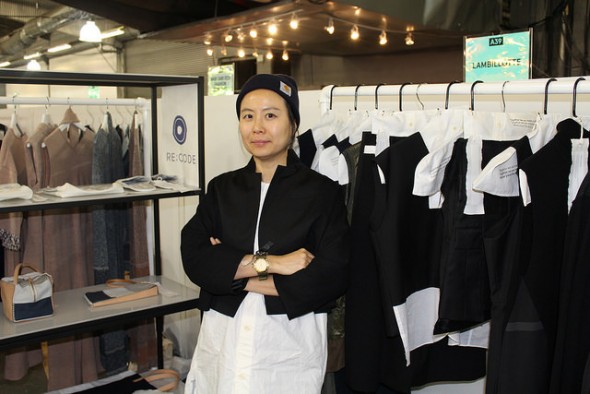 Park Sun Zoo designs deconstructed clothes for Re;code, a South Korean brand that hopes to expand in the US. Photo by Eugene Y. Santos

“It was slow compared to what I expected,” said Park Sun Zoo, a designer for South Korean label Re;code, during the second day of the trade show. “We haven’t had much orders. I was expecting more crowds.”

“It was fun to make that connection with others and to compare notes with them,” said Gregory, a first time participant. “In a way this trade show has helped me. It’s the first step to creating relationships with different people in fashion. It’s about establishing trust and letting them know how committed I am to the growth of my brand.”

For independent names such as Rapp Black, a brand that specializes in watches and womenswear, trade shows allow exhibitors to showcase their wares to a wider, more varied audience.

“It’s good exposure for our brand,” said Tyler Dossett, the wholesale representative for Rapp Black. “It’s always helpful to have different platforms to get your voice out.” 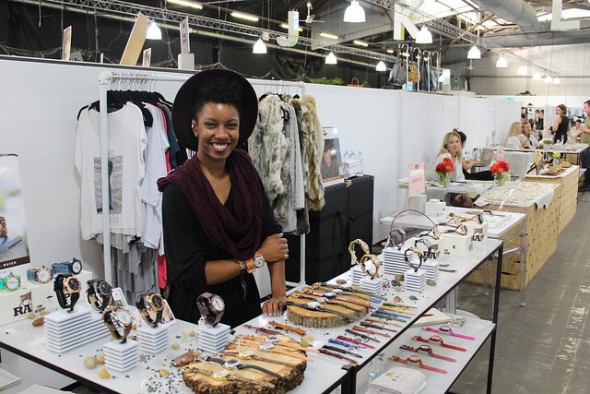 Other upstarts also see trade shows set in New York City as a good way to penetrate the US market.

“This city is the heart of the fashion and beauty industry in terms of what’s trending,” said Nicole Dash Jones from the UK. Jones was in Capsule to introduce Madame La La, a line of self-tanning products, to US based retailers. “Some buyers have expressed interest in carrying my goods. I’ll probably launch my brand next year here in New York City, around spring or summer.”

It also helps that New Yorkers are always on the lookout for something —or even someone— new, a sentiment that Tokyo-based designer Eemon Lin felt.

“Some boutiques based in the city have approached me,” said Lin. “They were looking for unique styles. New York City has so many different things and people want something new every time, anywhere.”