“If you wanna own a white guy, here’s your chance,” said visual artist Dread Scott near the end of the panel on “NFT’s, Race and the Art Market” at Christie’s Auction House on Thursday afternoon. “White males for sale don’t come up very often.”

Scott sold the NFT “White Male for Sale” for $26,000 at Christie’s “Post-War to Present” auction on Friday afternoon.

But “White Male for Sale” is not actually a piece of tangible art work. It’s an NFT or Non-Fungible Token, which means it’s a digital asset that represents a piece of artwork – like photographs, music, and videos – that is impossible to duplicate. Unlike cryptocurrencies like Bitcoin and Ethereum, an NFT is typically one of a kind, which can make them extremely valuable. In the first half of 2021, NFT sales surged to $2.5 billion, up from $13.7 million in the first half of 2020, according to Reuters.

Scott saw the resurgence of the word ‘fungible’ as an opportunity to address slavery and capitalism simultainiously.

“I knew the term fungible because a lot of my art addresses questions of the African diaspora and specifically enslavement in the United States,” said Scott. “You can see slave traders’ documents where they’re seeking to sell or buy slave number one, slave number two, slave number three. There was an effort to both turn people into commodities and also make them fungible. But people are inherently unique.”

Scott intended for his NFT to flip American history on its head. For “White Male for Sale,” he chose as generic a business-clad white man he could find and planted him on a street corner in one of New York City’s predominantly Black neighborhoods. His NFT is a complete inversion of the open air slave markets of history, like the one that existed for 51 years here in the city at the corner of Wall and Pearl St.

“Art can talk about the world we live in, and the best art does that,” said Scott, who referenced “Guernica”, one of Picasso’s most famous paintings, Billie Holiday’s haunting ballad “Strange Fruit,” and Toni Morrison’s classic “Beloved” as prime examples across multiple forms of artistic expression.

“NFT’s are no different. It’s just a question of what artists choose to use them for,” said Scott. “Do they (artists) 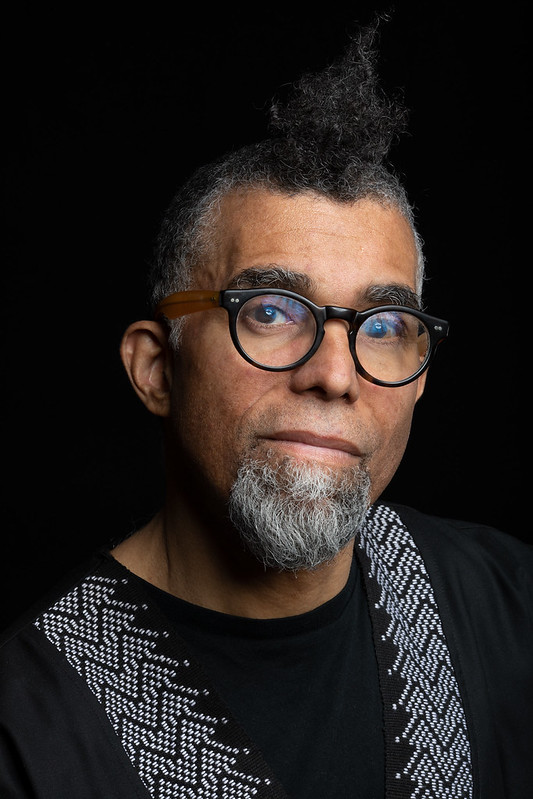 reinforce the status quo, where a tiny handful of people control the wealth and knowledge that humanity as a whole has created, or do they work to undermine and change that?”

Earlier this year in March at Christie’s, the digital artist Beeple broke the internet when his “Everyday – The First 5,000 Days” NFT sold for $69 million, the largest NFT sale to date. Many high grossing NFT’s feature stills and scenes from the sports world, while others immortalize internet culture, like the gif of Nyan Cat that sold in February of this year for $580,000.

Iris Nevins, co-founder of creative agency Umba Daima and one of the panelists from Thursday’s event before the auction, said her organization serves as a bridge between Black creators and opportunities in the NFT space.

“Black artists and Black people in general can sometimes self isolate, because we feel safe and comfortable with each other,” said Nevins. “Umba Daima allows us to engage Black art and promote equity.”

The NFT market has mirrored the explosive growth of cryptocurrency throughout the pandemic. Nevins believes historical inequities won’t be absent in the cryptocurrency revolution and asserts that Black artists and investors need to capitalize on the potential playing out in real time.

“We cannot separate ourselves from the systems that we live within,” said Nevins, noting that the wealth gap between Black and white Americans has widened throughout the pandemic. “The government isn’t going to provide reparations or mechanisms to close the wealth gap. I think a big part of how we actually do that is by creating pathways for Black communities to participate in wealth generation.”

Scott, 56, has spent his career using different mediums to ignite conversation. He first rose to prominence in 1989 while still a student at The Art Institute of Chicago ) with his exhibit, “What is The Proper Way to Display a U.S. Flag?”

The exhibit, in which an American Flag is neatly laid on the floor below an open notebook and poster, ignited a national controversy that drew the attention of then-president George H. W. Bush, who called it ‘disgraceful.’

Later that year, when Scott and other artists burned American flags at the foot of the U.S. Capitol, his activism became an integral component of United States v. Eichman, 496 U.S. 310 (1990), the landmark Supreme Court case that invalidated the Flag Protection Act of 1989 and protected their actions under the First Amendment.

Scott’s next project, for which he received a Guggenheim Fellowship, is called “Visions of Liberation.” He hopes to build on his resume of revolutionary artwork and continue pushing the boundaries of our national conversations.

“Very powerful right wing and white supremacist forces are determined to wind the clock back to the 50s – 1950s or 1850s, take your choice,” said Scott. “I don’t have a crystal ball and I don’t know what side is going to win out. But I’m doing what I can with art and activism to make sure that the oppressors lose and the people win.”