Not playing by the rules 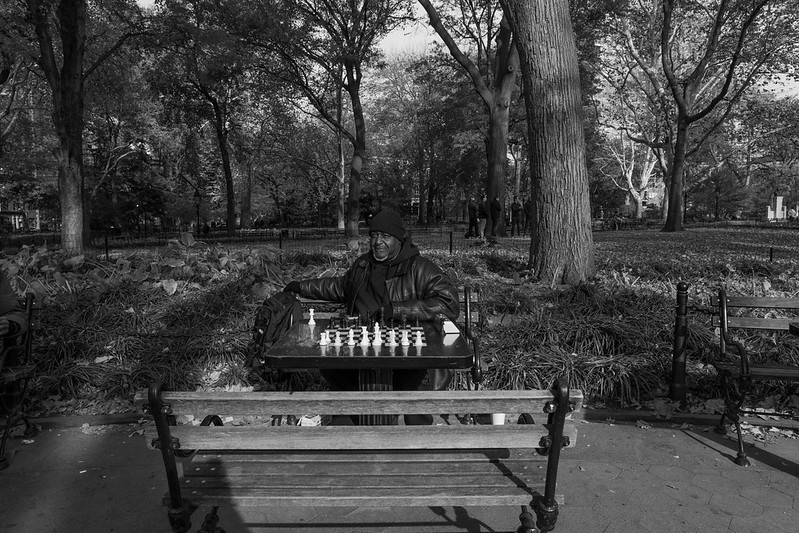 Marcel “Marty” Anderson, 57, moved to New York from Baltimore, Maryland when he was 27. During the pandemic, he lost his job with the City and went to Rikers for a year. After his release, he began teaching chess at Washington Square Park, where he also occasionally sells weed and cigarettes. Photo by Laura Studley

“Chess is the only outlet I got,” he said. “It’s a lot like our lives. Both have a beginning, middle and end.”

Anderson first moved to New York to pursue acting when he was 27. But after countless jobs, he found himself in jail at Rikers Island. A year later, he was released. Now, he plays chess with passersby in Washington Square Park to make a living.

Along with chess, Anderson sells cigarettes for a dollar, and occasionally weed.

“I don’t like selling cigarettes,” Anderson said. “I feel like I’m putting the needle in their hand, not in their veins, but in their hand. I might as well be giving them the crack and I feel bad about that.”

Every morning around 5:30, Marty leaves his house in the Bronx, to travel about an hour and a half to Greenwich Village to stake his claim on a chess table. Sometimes, he makes $100 a day, other times, $20.

“I lose on purpose, because if I beat them too much, their ego gets hurt and I don’t make as much.”

As colder weather looms, Marty visits the park less, but he hopes to make enough to get through the winter. 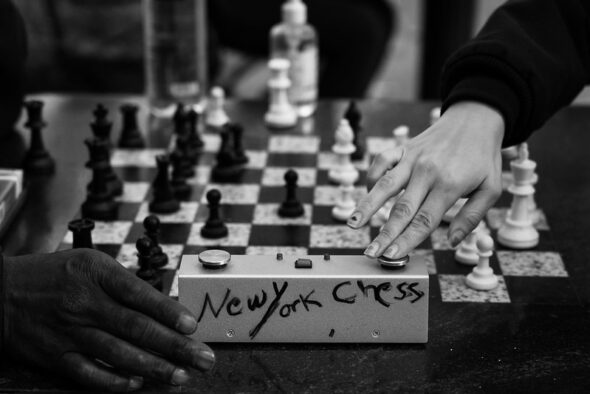 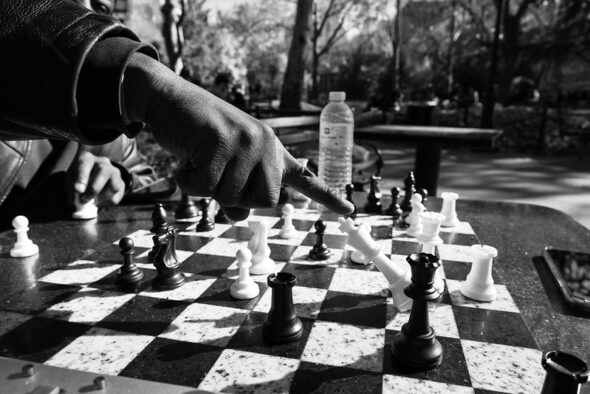 Anderson wins most of the games he plays. When he first moved to the city, he visited a chess park in Queens. Anderson played multiple Russian chess players, and won every game, he said. Photo by Laura Studley 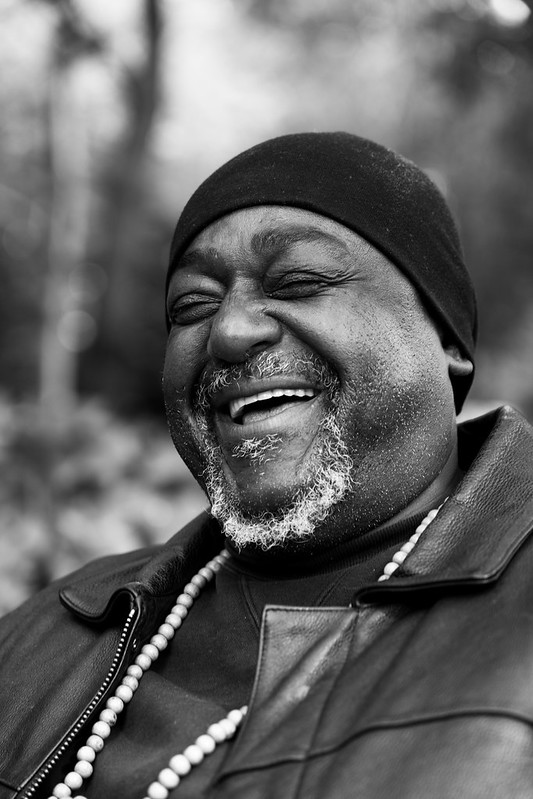 Anderson laughs as he reflects on his life. “If I don’t laugh about it, I’ll cry,” he said. Photo taken by Laura Studley 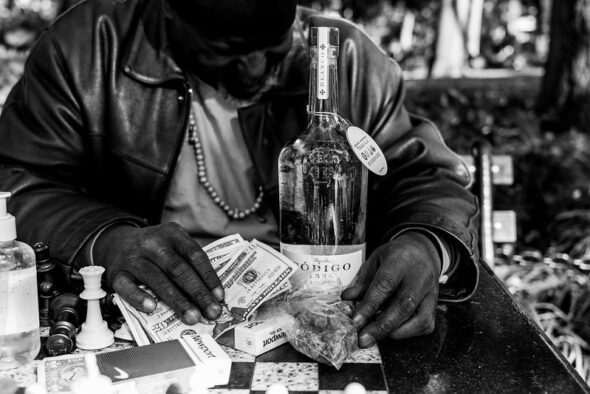 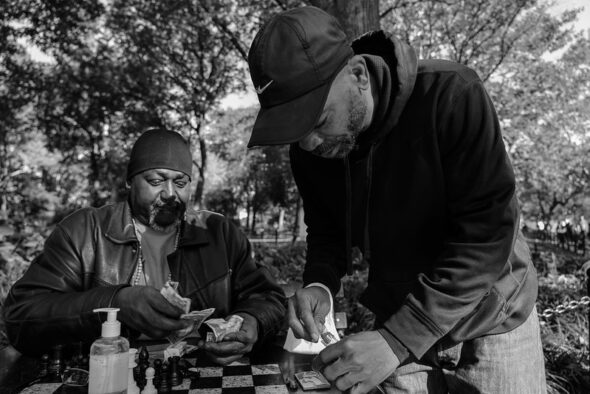 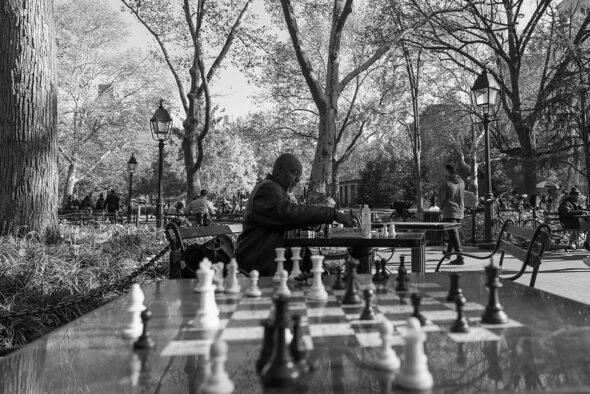 Anderson works through different game strategies as he waits for potential players in Washington Square Park. Photo by Laura Studley

[…] to escort a young man from the park who was smoking crack as we watched. I beat him most games then read here that he throws games to smooth the egos of those he plays. Nice […]

This is a mesmerizing view of NYC, a city I also love. Thank you so much for sharing them. A real treat I’m going to come back. Your humanity comes through in so many; I’m especially thinking of your sketch of Marty Anderson.