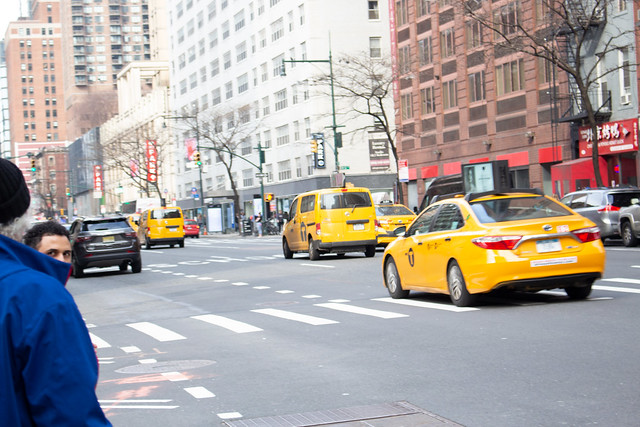 Driving in Manhattan will soon become an expensive proposition.

The budget approved in Albany in late March will introduce congestion pricing to New York City. Under the new plan, drivers passing south of 60th Street in Manhattan will be charged a toll that could range from $11 to $25 per trip.

But the new tax  isn’t the only measure the city has taken to curb traffic congestion. On February 2, the city imposed a fee targeting for-hire vehicles like taxis, Uber, and Lyft rides. This charge affects a larger segment of the city, with any ride beginning, ending, or passing south of 96th Street costing an additional $2.50 for taxis, or $2.75 for Uber or Lyft. In addition to lowering traffic congestion, these revenues are intended to finance an overhaul of the city’s dilapidated public transportation system.

For New York taxi drivers, the introduction of congestion pricing compounds existing problems, as the industry has struggled to compete with Uber and other ride service programs.

Nusrat Arslan is new to driving cabs in the city, but already he has noticed that his profession lacks the prestige it once enjoyed. The medallions certifying taxi drivers, once highly coveted, have declined precipitously in value.

According to Arslan, the plunge in profitability has also led to a shortage of drivers, as few can afford to keep pace with the profession’s expenses.

Despite the burden the new taxes will impose on him and his fellow drivers, Arslan is also convinced that he has no political recourse. The outcome of a taxi driver lawsuit is still pending, but the surcharge remains in force for the time being. Arslan was no more confident about the request his fellow drivers sent to Governor Cuomo requesting a reprieve from the new $11 congestion tax. To him, the government has proven indifferent to the plight of the taxi business.

“When the city makes the rules, you can’t say nothing,” he said.

To emphasize his point, Arslan produced receipts from one of his previous shifts, taking note of all the surcharges the city passed onto his customers through him.

“They’re fighting, but we can do nothing,” Batkar said. “They’re making money on us.”

Batkar noted that he and other taxi drivers already provide significant tax revenues to the city. He fears the city sees people like him as a resource to be exploited.

“Every day, they are receiving $2 million from drivers,” he said. “Every day. You think they are going to put that down?”

But Batkar took solace in one thing. In the end, he said, wealth accumulated through exploitation and greed will prove fleeting.

“God is with people who are patient,” he said. “This money is not going to be helpful to them. Because anything you earn the wrong way will go away like garbage. Like the air.”