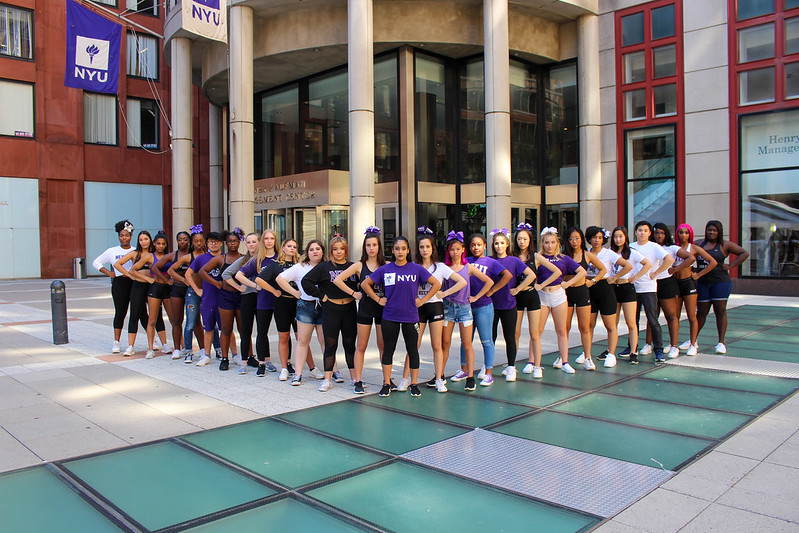 NYU’s cheer team may not do the daring feats that Texas’ Navarro Community College perform on Netflix’s “Cheer” but they too perform highly competitive stunts that fly through the air and tumble with ease.

Unlike the Navarro team that made it back to NCA College Nationals this year after losing a year to the pandemic shut down, NYU’s team remains unable to compete.

“[NYU] mandated that any overnight travel over two days was completely declined and not allowed,” said Ciara Kalia-Taye Smith, Co-Captain and senior at NYU.“So that was the end of our preparation for nationals.”

NYU Cheer was prepared for Nationals with their most competitive routine yet. When Autumn Kovach started as the volunteer head coach five years ago, the team was at 20 people, two of which could do handstands. Today, Kovach has grown it to a competitive program of 70 people and two teams. NYU Cheer had never before competed at the level they planned to this April, with four stunts in the highest difficulty and over half of the team throwing difficult tumbling skills.

“It’s extremely frustrating to know that in 2020, everyone was canceled,” said Kovach. “2021, there was a virtual option. That was really hard, because there were still schools going. This year, I think almost every single school, at least that I know of, is planning on going, so we are the only ones I know of who are not allowed.” 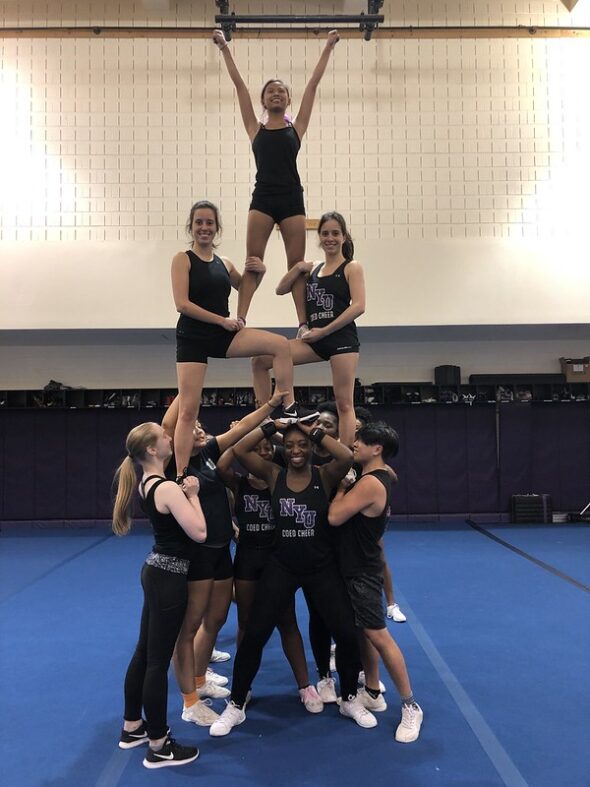 “It definitely feels unfair especially because NYU as a collective is not a sports school,” said Smith. “We have varsity sports, but they’re D3. We put together a solid routine that could have placed high this season. It feels unfair because [varsity sports] are still practicing and competing right now. No one else can even use the gym.”

While some schools take their cheerleading program seriously, it is not officially recognized by the NCAA or the U.S. Federal Title IX guidelines as a sport.

“I think Big 10 schools and a lot of state schools take the sport seriously despite how good or bad they may be,” said Smith. “Since the Netflix docu-series “Cheer” came out, I think people have opened their eyes more to cheerleading as a sport. We compete at the same competition as the teams on the show.”

Club sports haven’t only been restricted in the overnight travel mandate, they were also unable to use NYU gyms or practice until October, while varsity sports were able to begin practicing at the start of the semester.

“There’s two problems with [cheer becoming a varsity sport],” said Kovach. “One is that cheerleading is not accepted as a part of the title nine component, and that’s a supreme court decision from many years ago, so even if I bid at NYU for us to become a varsity sport, which is possible, I could see the school saying ‘you’re not a NCAA sanctioned sport,’ so most schools will not put cheerleading in their varsity sports category because of that reason.”

While the team is looking forward to next year, this was many students’ last chance to compete in their cheerleading career.

“It was the first time we actually had all the pieces to place with the really good teams,” said Smith. “This is my last year cheering, there’s nothing really for cheer post-college. It sucks that this is how I have to wrap up my year.”

Even without being able to compete, the team’s camaraderie and spirit is strong.

“Here in the city, the only people you really see are the ones in your classes,” said Isabel Solivan, a sophomore who joined the team her freshman year. “It’s nice to grow bonds and work together towards a common goal. Especially since Covid, it’s meant so much and made my NYU experience so much better.”

Despite the setbacks, the team plans to stay optimistic for NCA Nationals next year. With more members than they’ve ever had and both gameday and competitive teams, they plan on continuing to grow the program and develop even more difficult skills.

“We’re planning on just pushing ahead,” said Kovach. “This year we wanted to add an advanced team, but because of the late start we couldn’t. Next year, I’d like to see us continue what we started – having the advanced program, an intermediate program, and the gameday program. Since this semester is no longer stressful for us, we can start learning advanced skills for next year, so I’m excited for that.” 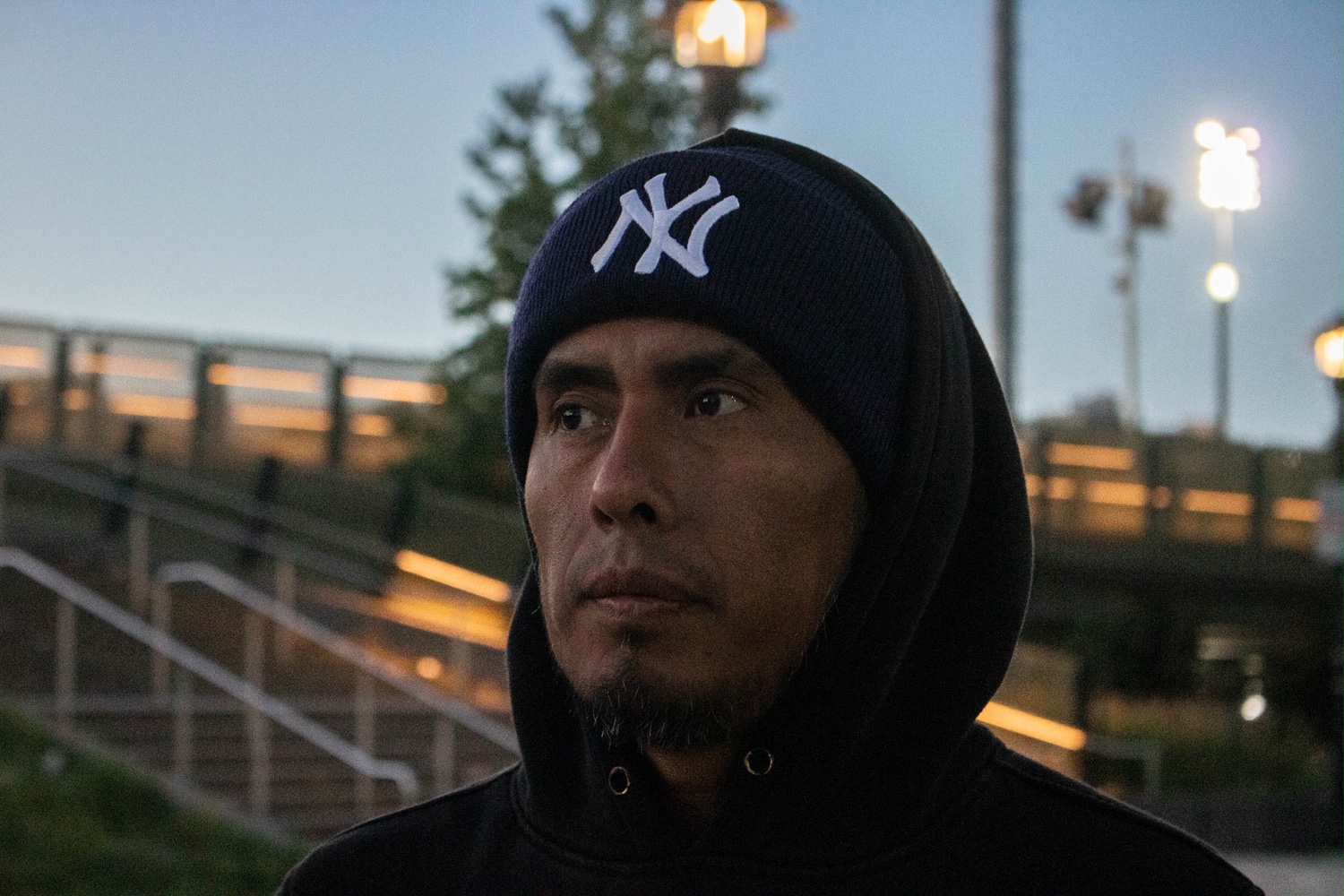