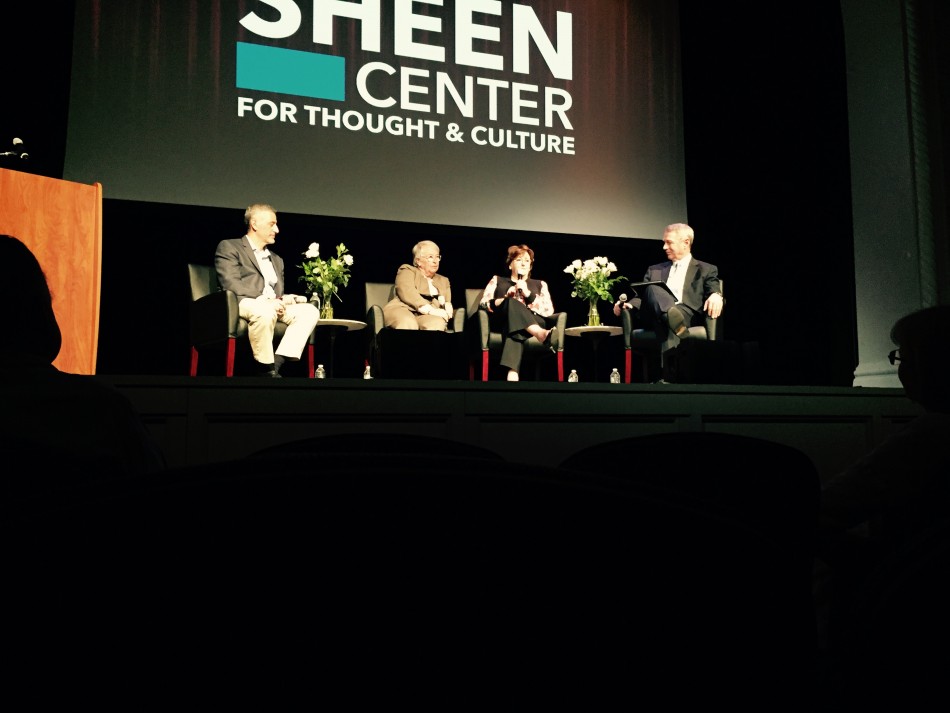 A panel discussion with leaders in childhood education that took place at the Sheen Center last Sunday addressed the negative public perception of the Common Core State Standards Initiative.

Launched in 2009, The Common Core is a state-led effort to ensure that students, regardless of where they reside, are meeting standards for college and entry-level job positions, but the initiatives have been met with strong resistance from parents and students who think that the testing is excessive and unnecessary.

“Common Core seems to have come out of left field,” said Daniel Weisberg, CEO of the New Teacher Project. “It’s a huge change. We’re not just talking about some different textbooks we’re talking about different ways of teaching.”

The panelists addressed that the programs were, in some cases, rolled out as mandates. The lack of communication, of “selling” the idea of the Common Core to parents, made the initiative seem like excessive testing and unnecessary new ways of teaching old subjects, they said. Adding to the confusion, Weisberg notes, was lack of preparation and implementation problems in states that waited “until the last minute” to adopt the standards.

These problems contributed to a negative perception of the seemingly mandated standardized testing, and in this year’s PDK/Gallup Poll only 24% of adults said they were in support of the Common Core, leaving more than half in opposition who have been turning to retaliation in the form of opting out. In an analysis conducted by the New York Times, in New York State approximately 165,000, that’s one in every six children, passed on at least one of the two standardized tests this year.

“The communication stream on Common Core just virtually didn’t exist, if it did it got by nearly everyone in the state,” said Elia.

She said that having data on how well students are doing is integral to giving teachers resources as they transition into a new pedagogical style. The high percentage of opt outs skews the data, so Elia, within three weeks of taking over the position as commissioner, has hired a new company to revamp the test to make it less stressful for students.

“You don’t change assessments on a dime,” Elia said. “But we’re going to be shortening up the assessment to the greatest extent that we can this coming April. That’s one thing I heard from parents and teachers in the district…. And as we move forward with the new company we are infusing the development of the assessments with teachers’ input. “

The panel discussion was attended by 65 people who were mostly educators and parents in support of the Common Core Learning Standards and Universal Pre-Kindergarten.

“I see both sides,” said Christina Oliver, who works for the national non-profit Classroom Inc. that develops literacy learning games for struggling students. “The idea that your children could potentially be having multiple tests without understanding the value and purpose of those tests can be overwhelming. I sympathize with the stress of that choice, but from an educator’s standpoint it’s hard to make decisions without the data.”