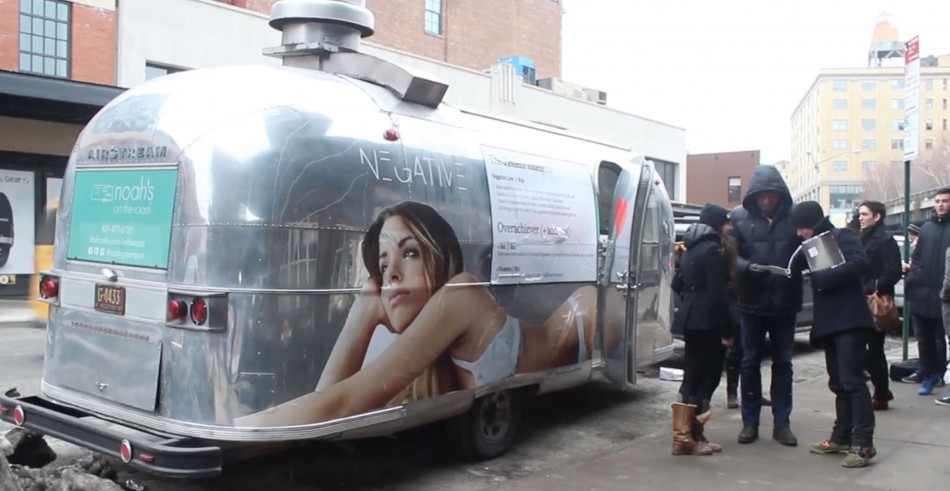 Opening up a brick and mortar storefront in New York City can be one of the biggest challenges a new business can face. In order to stand out in this competitive industry, companies have to step up their game.

One way that brands are getting their products out there is by setting up temporary retail spaces. These pop-up shops are becoming more popular, as a unique marketing tool and a way to get up close with customers.

The Pop Up Mob, co-founded by Ana Pelucarte and Mari Lopez, is a full-service agency that helps brands bring their creative visions to life when it comes to the retail space. They saw an opportunity for innovation in the industry and have produced pop-ups throughout the city, as well as Miami and Los Angeles.

“I think a lot of new companies that are becoming well established have realized that it’s better for them to pop up in a lot different cities, or within the same city in different areas, and give that element of we’re here and now we’re not, instead of being permanent at a location,” said Pelucarte.

With many larger companies announcing permanent closures of their physical locations, including C. Wonder, Kate Spade Saturday and Jones New York, a pop-up shop path may look like a more economical option. According to the Pop Up Mob, a successful pop-up is based on location.

“When we scout for locations, we go through a strategy and talk to the designers, and actually find places that match with what they’re selling and want to express,” said Lopez. “It has to make sense. It’s all about creating a story.”

Negative Underwear, a new lingerie line, worked with the Pop Up Mob to create The Negative Love Stream, a pop-up truck that took to the streets of Manhattan for Valentine’s Day.

As an online-only brand, co-founders Lauren Schwab and Marissa Vosper wanted to bring their products directly to customers in a physical space. They’re not the only ones with that idea. Other brands that popped up this month include Nike and Michael Stars.

“E-commerce has been growing a lot, so I think retail will always exist,” said Pelucarte, “but it will just have to innovate.”

Thanks Christina for a cohesive insight into the new venture of Ana and Mari. It is great to see coverage of design pushing the envelope. breaddesign supports emerging brands and salutes your efforts and support! Congrats to all!