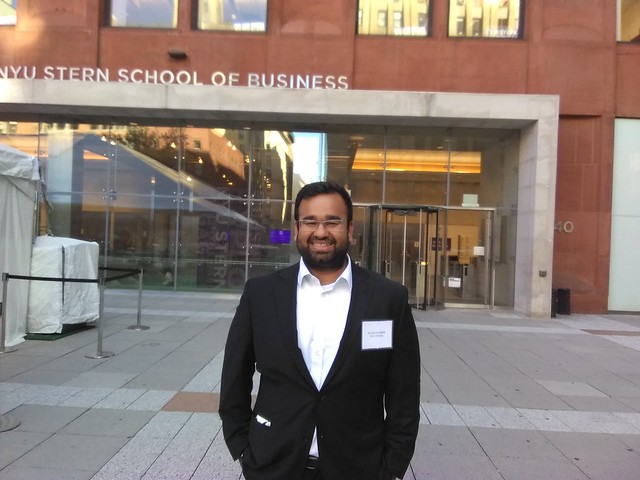 MBA student Ayush Khanna stands outside NYU Stern School of Business.  He thinks free tuition for private colleges is a god idea, but worries about the government debt it could cause. Photo by Karen Camela Watson

As the student loan debate moves increasingly to center stage the idea of free tuition for all is gaining traction among college students. And not only at public institutions. Some private school attendees say they also want to be included in the ‘go to college for free’ club.

While Genie Jang, an undergraduate Education major at NYU Steinhardt School, does not know how this could be accomplished, she believes the public versus private school division is inherently classist and should be eliminated.

“Funding should be provided to all students regardless of the school they choose to attend, the way it is done in Europe,” she said. “Students do not choose the family they are born in so they shouldn’t have to choose where to attend based on income.”

Rob Mousavi, a sophomore at the The New School in Manhattan, said free tuition was definitely the way to go as SUNY and CUNY colleges have done over the past two years. He does not believe private schools should be exempt from this.

He said that even with scholarships and taking a year off to work and save for college he was still struggling to cover tuition and related expenses. He did not want to incur debt for school.

“Most people support finding an alternative to loans,” he said. “I wouldn’t mind paying additional taxes in the future so that the next generation could benefit from lowered tuition.”

On the national level, the push for student loan forgiveness and free tuition revolves primarily around public state colleges and universities where it is believed the need is greatest.

In 2017 New York State launched the Excelsior Scholarship Program where in-state residents who complete at least 30 credits within each academic year toward an Associate’s or Bachelor’s degree could attend The City University of New York within the 5 boroughs or a State University college anywhere in the state completely free.

The NYU Medical School fully covers tuition for all its MD degree candidates through endowments, not tax-payers’ dollars.

MBA student, Ayush Khanna, attending a conference at NYU Stern School of Business on Friday afternoon, said it would be great if tuition could be free at both public and private schools, but was concerned about the debt that would cause the government to shoulder.

He wasn’t convinced it was doable.

Exiting the Bobst Library at NYU, third year Computer Science major, Kellan Cupid, said tuition should definitely be free for everyone eventually, but should start with public colleges as is being done now.

“The return on investment seems to be decreasing for student loans in general,” he said. “I’m seeing people paying off debt in their 40s and 50s. It is not always worth it.”

Cupid believes funding for private school students should start with partial government funding, some endowments like the medical school received, and then general fundraising from various other sources. 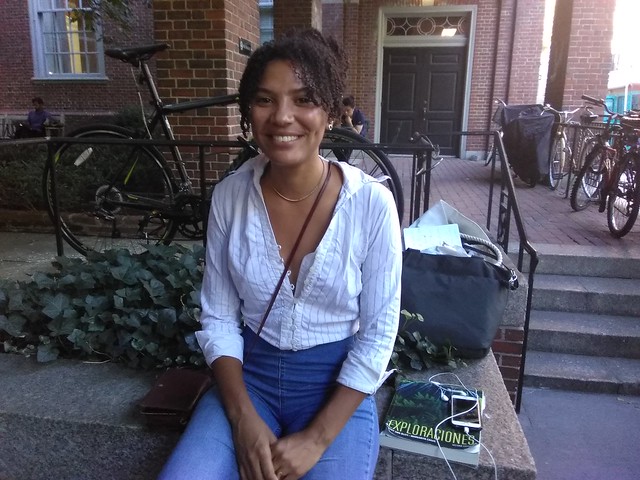 Haley Cunningham of the Tisch School at NYU says tuition at NYU is too high and free tuition should be considered for private colleges. Photo by Karen Camela Watson

“Tuition here is ridiculously high,” she said. “Tuition should be free for private schools also. It  could take years to pay off. It’s not always worth it…spending half your life paying off student loans.”

She didn’t have a proposal for funding free tuition for private schools as she was “not quite sure how the funding system works’’ and will have to do more research, but added that tuition definitely needs to be lowered with help from the government and donors.