Protesters march for Botham Shem Jean and against racism 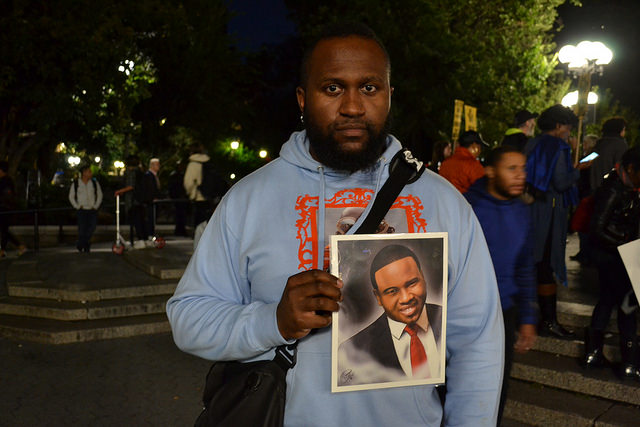 Isaiah DuPree, 24, Bedford Stuyvesant, Brooklyn holds a picture of Botham Shem Jean who was killed by a Dallas police officer who walked into his apartment. Dupree joined hundreds of protesters last night.  the day before Jean’s birthday, to protest. They marched from Union Square to Madison Square Park, last night. Photo by Julia Lee

Hundreds protested the killing of Botham Shem Jean, the black man who was shot to death in his apartment by a Dallas police officer. But the protestors who gathered last night at Union Square Park were also enraged over the racism and police brutality that continue to make life hard for African Americans.

Black men aged 15–34 are between nine and 16 times more likely to be killed by police than other people according to several studies. 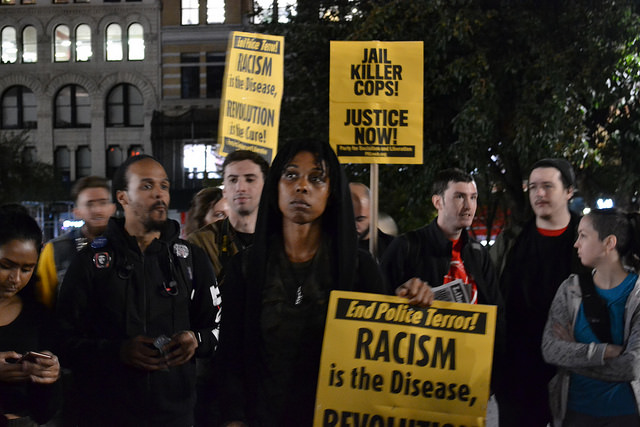 Protestor, Shaniqua Pippen, 33, of Flatbush, Brooklyn and an organizer with the Party for Socialism and Liberation,  holds up a sign that says “Racism is the Disease.”Photo by Julia Lee

Shaniqua Pippen, 33, of Flatbush, Brooklyn and an organizer with the Party for Socialism and Liberation,  said she showed up to protest police brutality, white supremacy, and capitalism.

“Even just hearing about people being murdered who look like me has an impact on both my psyche and my ability to relate to people in the world,” Pippen said. “And then I’ve also been personally impacted. I have brothers who have been harassed and one is currently serving a  100 year sentence for a crime he didn’t commit.”

“This woman literally walked into this man’s house and shot him,” Pippen said “And she’s still free amongst the population of people. Meanwhile my brother who doesn’t hurt anyone, he just wouldn’t tell on his friend, he’s being held in a maximum security prison as if he’s the most dangerous person to society and he really isn’t.”

Guyger was charged with manslaughter, but activists believe she should be charged with murder. They marched on the day before Jean’s 27th birthday.

The march ended at Madison Square Park  on 23rd Street, where the protesters held hands in a large circle. The march organizers NYC Shut it Down, made announcements for everyone to stay involved and show up to their weekly meetings and events. 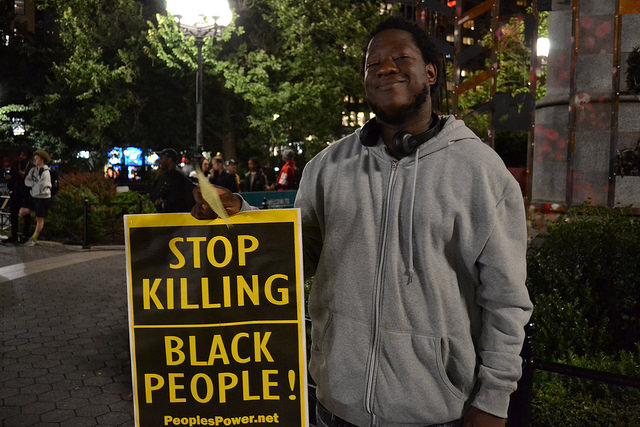 “Life is precious and now it’s not there,” said Jessie Jones, 29, of Harlem, referring to the death of Jean. “He doesn’t get to wake up and breathe like we do right now. That’s the saddest thing about this world and real reality of what’s going on.”

Jones, a teacher and father of children with disabilities, said he needs to stand up for them  to have a chance in the world.

“It could have been me,” Jones said.