Puerto Ricans in Florida become key in the 2020 Presidential election 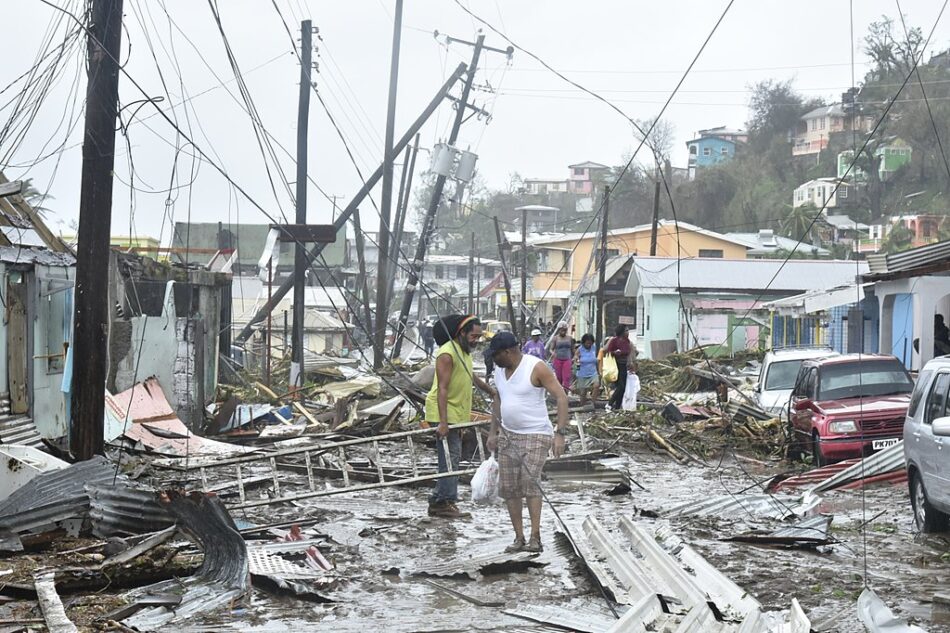 A road in the Roseau area is littered with structural debris, damaged vegetation and downed power poles and lines. Photo courtesy of Wikipedia

It was just two weeks after Hurricane María ravaged Puerto Rico in 2017, when Roberto Nava Alsina had to make the difficult decision to leave the place he once called home behind.

“My mother had a health complication and my dad who was living in Florida, in Orlando, he got us a ticket for our entire family to leave the island,” said Nava Alsina. “We couldn’t stay in the island if my mom was not able to get the medicine she needed.”

Nava Aslina still remembers the day Trump visited the island and threw rolls of paper towels to hurricane survivors, an action that has snowballed along with the various negative comments Trump has said about the island, which left many Puerto Ricans unhappy with the Trump administration.

“For us, it was a complete lack of respect to the people,” said Nava Alsina “It’s just something that you don’t do. I wasn’t expecting him to go that low.”

The Category 5 hurricane tore through the island leaving it without electricity or water for months and an estimated death toll of 1,427.  But Hurricane Maria was just one of the many disasters the island has confronted in the past years. In 2019, the island was hit by governmental corruption and underwent a tumultuous transition in  after people took to the streets to protest against then governor Ricardo Roselló. Throughout the beginning of 2020, earthquakes began shaking different parts of the island, destroying homes and damaging an already fragile power grid.

With the Puerto Rican population on the island shrinking dramatically since the landfall of Maria, Florida has become a key battleground state for the 2020 presidential election. Both candidates have been competing to win over the Latino vote in the state and Puerto Ricans have proven to be a key demographic there, making up 27% of the overall eligible Latino voters in the state.

While working on this initiative, Nava Alsina has had the chance to listen to what many Puerto Ricans have to say about Hurricane Maria and  the Trump administration handled the aftermath of the storm on the island.

Natascha Otero, founder of Boricuas con Biden, said  that Florida is a key state for the Puerto Rican vote because most  have close ties to the island. Some have  family members who still live on the island or they fled to the state  after the hurricane. Otero said  these Puerto Ricans still recall what the island went through the past four years.

As part of the  group’s initiative, Puerto Rican voters speak with fellow Puerto Ricans who are still on the island over the phone. This process has been a key element when campaigning. Especially now that their efforts are limited to social media, texts and phone calls due to Covid-19.

“As opposed to other groups, we know what Puerto Rico has suffered because of the Trump administration,” said Otero. “We don’t want four more years of that for the island.”

But there’s still a group that favors president Trump’s reelection. Among them are top officials that form part of Puerto Rico’s local government.  The island’s appointed governor, Wanda Vázquez Garced, endorsed Trump during an interview with Telemundo. Nayda Venegas Brown, a conservative senator who’s a member of the New Progressive Party (PNP) on the island, participated in a caravan to support president Trump in Puerto Rico. 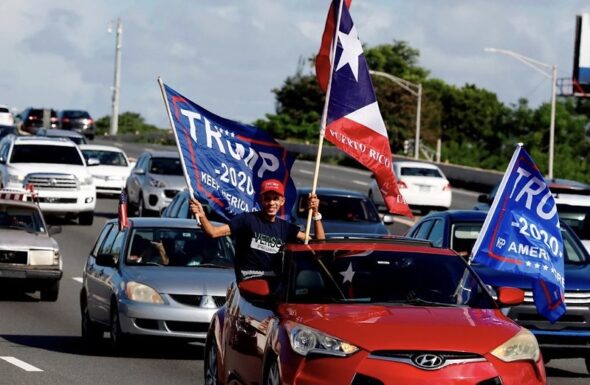 But the efforts from the island to try and branch out to Puerto Rican voters in the diaspora has been from both sides. For the first time in 50 years, the island’s main newspaper, El Nuevo Día, endorsed a presidential candidate; it was Joe Biden. The editorial piece highlighted Biden’s plans for the island if elected and condemned the way President Trump has behaved towards the island describing the way Puerto Rico has been treated by his administration as, “an overwhelming amount of inattention, disdain and prejudice against our people.”

For Albino, the way the Trump administration managed the aftermath of Hurricane María was mostly influenced by  the island’s history with corruption, an ongoing problem. He said  that many politicians on the island have an axe to grind with president Trump because of the way he “drained the swamp” in the Puerto Rican government. Albino also believes that statehood for Puerto Rico is not an option for the island in the foreseeable future because Puerto Rico is simply not ready to become a state.

But regardless of the opposition many Puerto Ricans have shown against the Trump administration, Albino is optimistic that president Trump will win the reelection and continue to do the work that he believes has helped the island progress and move forward.

“I believe he will be elected,” said Albino