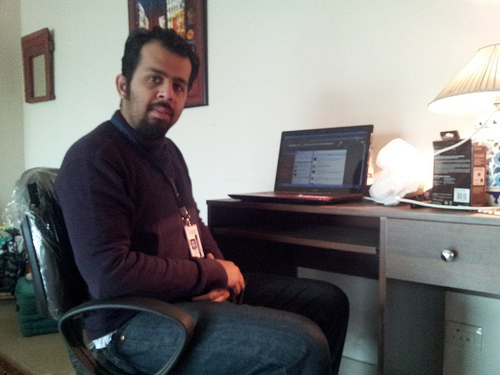 In 2002, Mukhtara Mai, a Pakistani woman from the village of Meerwala, was gang raped on the orders of a village council. The rape was ordered as punishment because her younger brother was said to have committed adultery with a woman from a higher-caste tribe.

Pedro Pizano, the Global Media Liaison for the Oslo Freedom Forum, said that as soon as he posted an article about Mai on his Facebook page, he was flooded with responses from all over the globe. He said by sharing posts online, women experiencing similar traumas can better identify with cases like that of Mai.

“Posting on the social media definitely drove a lot of traffic,” said Pizano.

Social media is increasingly being used as a tool in highlighting issues of women from the developing world. Through the use of photos, videos and blogs on Tumblr, Pinterest, Facebook,Twitter and other social media sites, organizations and activists are engaging faster with readers and internet surfers.

“We have Twitter accounts in Spanish and English and use these to spread news,” Pizano said. “But those 140 characters have to be backed by a link such as an article, a photo or a survey or they don’t add any value to news.”

According to a Reporters Without Borders annual index of the countries where freedom of expression does not exist – such as Saudi Arabia, Tunisia, Pakistan and Iran – social media plays a central role by highlighting issues the mainstream media does not.

“In developing countries like Egypt and Syria, where there’s a lot of repression, it’s a powerful tool for people to reach out,” said Pizano.

A photo of ‘The Girl in the Blue Bra,’ a female protester beaten by Egyptian police during clashes in Cairo’s Tahrir Square last December, is on Pinterest, an online pinboard, where people organize and share photos of interest to them.

“When people see a powerful picture such as the girl in Egypt, it resonates with them,” said Nina Mandell, a reporter for the New York Daily News, who also covers social media. “We find out about a lot of stories in the developing world through Facebook.”

Mandell said she and her colleagues find Twitter to be the best way to find photos.

Taha Siddiqui, a features writer for the Express Tribune who covers human rights issues in Pakistan, said that at times he finds serious international issues only on tweets.

“Lots of times there are killings or violence in places like FATA (Federally Administered Tribal Areas), where journalists are seen tweeting about news while it never makes it to mainstream media,” Siddiqui said. “Even if it is reported through unverified sources, it makes one feel there is more to it than what is being shown.”

Twitter and Facebook are increasingly being used to engage people and generate debates on issues of social relevance. Many NGOs now tweet about social events, fundraising and emergency situations.

“The increasing popularity of Twitter and Facebook has made people contact us from the third world,” said Caroline Berger, a website and social media administrator for Equality Now, a non-profit organization that addresses discrimination against women around the world. “Even if they don’t have Facebook for assistance, they send us an email and we use our social media platforms to bring attention to issues of discrimination and women’s rights.”