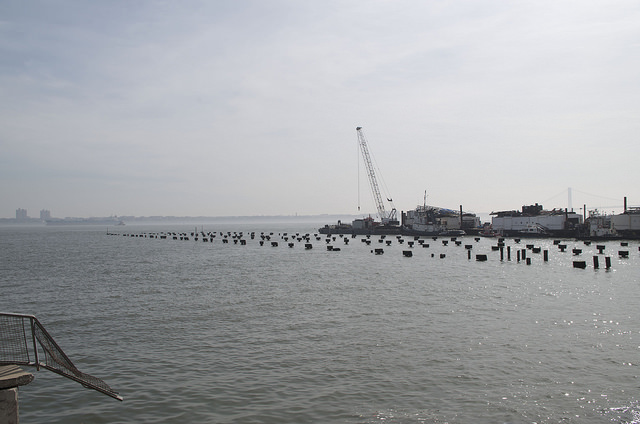 As grey clouds drifted rapidly outside on a cool spring afternoon, Robert Honor sat and stared outside of his wine shop. With jazz music playing in the background, he looked as students, workers, and others passed by on a busy neighborhood street leading to the Staten Island Ferry Terminal.

“We needed Cromwell Center before,” said Honor, a resident of the Staten Island neighborhood of St. George. “We need it more than ever.”

Staten Island’s Cromwell Recreation Center was a public park and sports facility that had been demolished in the years following its unexpected collapse in 2010. The New York City Department of Parks and Recreation is currently looking into three sites to rebuild the center. Now, neighborhood residents will finally have a chance to see the center, a staple of the neighborhood for decades, be rebuilt near their waterfront – the result of community efforts paralleling that of other neighborhoods in New York City.

“As a kid I’d occasionally come to Cromwell Center. Even as late as 10 years ago I was playing basketball there” said Honor, a co-owner of the wine store Honor Wines. “I also was aware that it was also a place that had programs for youth … my children, when they were younger, took advantage of some of the programs at Cromwell Center.” 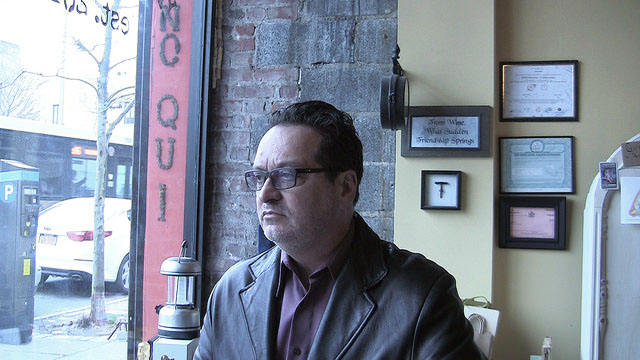 Named after Staten Island’s first borough president George Cromwell, Cromwell Recreation Center was built on an existing pier in the Staten Island neighborhood of Tompkinsville starting in 1934. It was part of President Franklin D. Roosevelt’s Works Progress Administration (WPA), a program that promoted public works construction during the Great Depression. After it opened in 1936 – and a visit from Roosevelt himself in 1939 – it was home to galas, dances, and numerous sports activities and events. In more recent years, the facility housed a weight room, a computer room, and a basketball court.

The center was closed infrequently over the last two decades for repairs. Wood borer worms had eaten away at Pier 6, the structural foundation of the center. In 2000, the weight room was temporarily removed from Cromwell to nearby Lyons Pool, and in April 2010, the center was closed for further repairs to its roof and lobby. In May 2010 the roof collapsed unexpectedly, rendering the facility unusable. In January 2012 the Department of Parks and Recreation announced the center would be demolished.

Efforts by community organizations and elected officials since then have prompted the Parks Department to investigate ways to reinstate the facility in the surrounding area. The Department recommended three sites for the new center: the Staten Island Sanitation Department on nearby Victory Boulevard, the Children’s Aid Society’s Goodhue Center further inland, and finally Lyons Pool, right across the street (Murray Hulbert Avenue) from the original Cromwell Center.

“[City officials] were looking at three different sites, two of those sites – in our opinion as a coalition – are just not viable,” said Kelly Vilar, founder of the neighborhood group Let’s Rebuild Cromwell Recreation Center. “The only site that makes sense is Lyons Pool … it would reach out to the same population and would be able to serve everybody.”

Let’s Rebuild Cromwell, as well as other local residents, are now awaiting the results of a feasibility study, which will be taken into account in addition to a community survey that was distributed in late 2014. The funding for the study was the result of a competitive sealed bid process – a process that allows the city to hire contractors from the private sector – resulting in a two-year contract that began in July 2014 and will end in July of this year.

“We expect to have a report and final recommendations this fall,” said New York City Department of Parks and Recreation press officer Mario Lopez, in a statement, “[this] will help inform the City’s decision making.”

According to the city, the estimated amount of money needed for this study is $678,000, although local media reports put the figure at $700,000. Elected officials such as City Councilwoman Debi Rose, Borough President James Oddo and Richmond County District Attorney Michael McMahon have all expressed their support for a new center. After the study is released, the project will need to undergo a fund raising process of an undetermined length.

“We do not currently have funding for implementation,” said Lopez. “But [we] are actively working to secure funding.”

Bill de Blasio’s push for affordable housing in New York – and the land rezoning to come with it – is one reason why locals are concerned about accessible park and recreation spaces. In an effort to bring 200,000 units of affordable housing to the city, a total of 15 neighborhoods are proposed to be rezoned by the mayor, including some on Staten Island. This has brought concern about over-development among residents.

“People on the North Shore are concerned that the development down here is not just done for tourists,” said Honor. “If this project is not developed properly, we’ll essentially have created a gated community.”

The community push for park development in the face of rezoning on the waterfront parallels that of the Williamsburg-Greenpoint area of Brooklyn. When neighborhood was rezoned in 2005, residents there were promised an expanded Bushwick Inlet Park by then-mayor Michael Bloomberg. The city did not fulfill this promise, and has only responded in the face of extensive activism, including live protests and videos.

“The videos … helped strengthen and grow community support both in our area, but to like minded groups of people in different parts of the city,” said Steven Chelser, activist and co-chair of Friends of Bushwick Inlet Park. “We also engaged the press to hook into our story and run with it, and then most importantly, imposing our issue on the city, and it’s been continual and relentless.”

Though activism on Staten Island has been on a smaller scale, residents are similarly expressing concerns about building park and recreation facilities by the waterfront, ones that could accommodate residents both old and new.

“With all the nearly a billion dollars of development going into this area, it would be nice to see some amenities for the people who live here, and all the new people who will be coming here,” ” said Steven Joseph, a Tompkinsville resident and a supporter of Let’s Rebuild Cromwell.

we used to play there from Brooklyn, take the bridge over to Staten Island and make a day of “pure basketball’ during the winter months ….
Our next generation need the same time and space to play …Long Live Cromwell !