Students rally to end gun violence in March for Our Lives 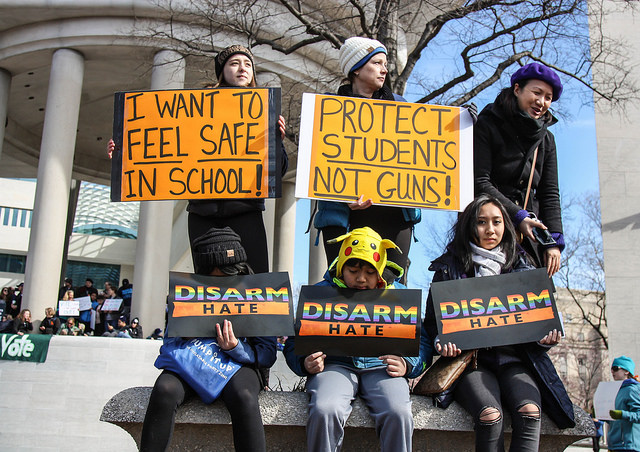 Students rally at the March For Our Lives, Washington DC. Photo by Stella Levantesi

Thousands of students, teachers, parents, grandparents and supporters rallied in Washington DC yesterday with an unforgiving message for the lawmakers and the NRA: no more gun violence.

Led by the Parkland student survivors, the March for Our Lives had sister marches in 800 cities around the world.

Parkland high school senior, Emma Gonzalez, the face of this emerging movement, spoke for two minutes and stood in silence for four minutes. She said it took the Parkland shooter a total of six minutes and twenty seconds to kill 17 students.

“Fight for your life before it’s somebody else’s job,” she said as tears streamed down her cheeks. 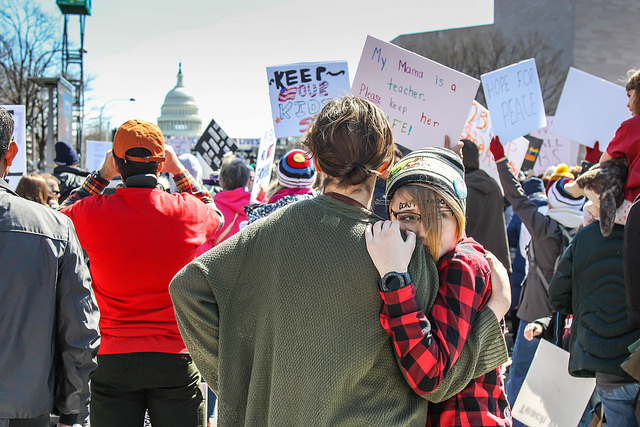 Margaret Jeshow (left) and her friend Lee Gover (right) at the March For Our Lives, Washington DC, March 2018. Photo by Stella Levantesi

Students have decided to take matters in their own hands, because up to now no one else has, they said.

“We’re here because no one else is going to speak for us if we don’t,” said 16-year-old Margaret Jeshow. “And if doesn’t work, then it’s going to have to happen again, until it does.”

Many mothers were there in support of their children.

“I’m here for my daughter’s future, because she’s eventually going to be in school,” said Donna Griffin, who came all the way from California. “This next generation, they’re the ones that can really make a difference. This generation that’s coming up is going to be powerful, very powerful.” 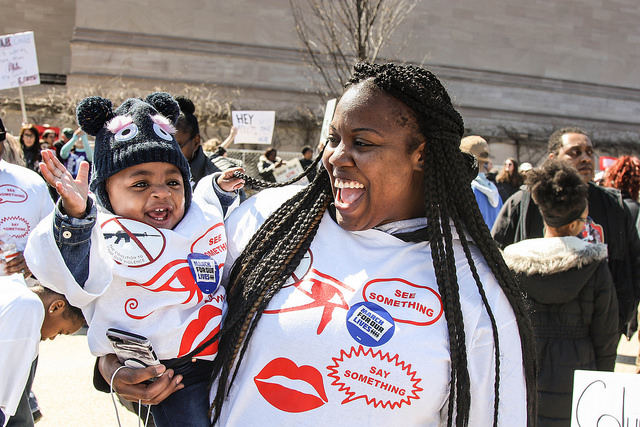 Donna Griffin and her daughter Miracle at the March For Our Lives, Washington DC. Photo by Stella Levantesi

For others, change comes with more than rallying. Many of the speakers expressed their desire to be able to vote, even if they still haven’t reached 21 years of age.

“Teens like us should vote,” said Franciel Guillen, 18, who is an activist for the Genders and Sexualities Alliance in the Bronx, New York. “Having mature teens that know what they’re doing, them voting would change things.”

To the chant of “Vote them out,” the marchers were firm in their belief on the failure of the Trump administration and the NRA. 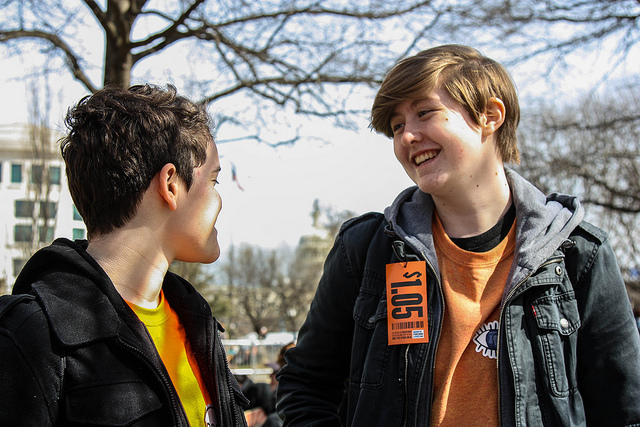 Adrian Gomez (left) and Parker O’Donnell (right) wearing the price tag in sign of protest against the NRA at the March For Our Lives, Washington DC. Photo by Stella Levantesi

“Silence equals compliance,” said Adrian Gomez, 16. “It’s important that people exercise their right to vote. It’s our country and our future and we the people have the power to control that by voting.”

Like many teens at the march, Gomez and his friend Parker O’Donnell, were wearing a $1.05 price tag. This is the amount of money Marco Rubio took from the NRA, divided by every single student in Florida.

“That’s kind of terrifying, like I’m just a dollar and five cents to someone,” said O’Donnell. “Human life is worth more than any sum of money.” 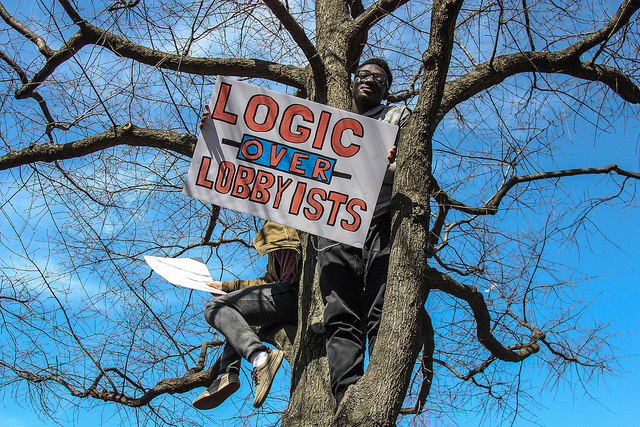 Protestors in a tree at the March For Our Lives. Photo by Stella Levantesi

Students said The March for Our Lives is just the start.

“This march is not the climax, it’s only the beginning,” said Cameron Kasky, a survivor of the Parkland shooting. ”If you think today is good, just wait till tomorrow.”

A clear signal that a page has turned to a new generation was when Yolanda Renee King, the 9-year-old granddaughter of Martin Luther King, took the stage to share her dream.

“I have a dream that enough is enough,” said King as the crowd roared. “This should be a gun-free world. Period.”