The breakup we’ve all been waiting for 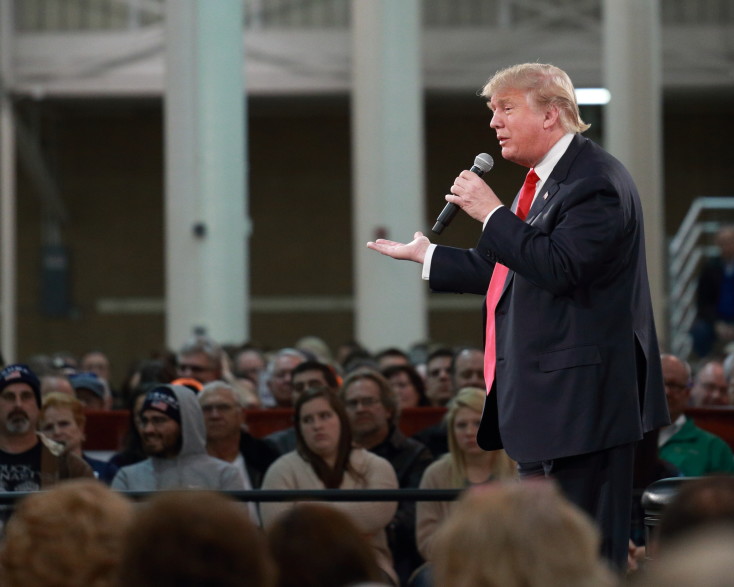 Donald Trump addresses his supporters. Photo by @cynthia1 via Twenty20

In 2016, I sat in my dormitory at Texas Christian University, trying to process the presidential race. The final news of our now-president’s win sent shockwaves through the world. As I watched on the small tv I won at my high school graduation party, I was reminded of something all too familiar. Besides the tv, I have few positive memories of my high school graduation. After isolating and ostracizing me from friends, my ex dumped me just a week before the ceremony. With the sliver of self-esteem he hadn’t shattered, I walked across the stage and swore I would never let this happen again. But then it did.

Trump’s campaign of grandiose rhetoric, bombast, belittling, and smearing of others felt all too recognizable because it was. After years of therapy, research, reading, and hearing countless other failed relationship stories, the cacophony rang out: I had been in a relationship with a narcissist.

And now so was America.

Narcissism is often thought of as arrogance or self-love—but that’s the least of it. It’s a spectrum that covers a wide range, and to some degree, each of us has some narcissistic traits within our normal egos. Because of this, whether we knew it or not at the time, we have all likely encountered someone in our daily lives on the more problematic side of the narcissistic spectrum. Fewer yet fall on the pathological and extremely dangerous side. These people must hide their lack of emotion and feelings for others behind a veneer of superiority. Many narcissists are lucky to move through life undetected. But this is virtually impossible when you’re the leader of the free world.

In the present moment, narcissism is hardly brought up without thinking of the man with the red hat and boxy suit. Since day one, Donald Trump and his administration have created a political landscape of manipulation, reminding Americans of abusive relationships. Another presidential term like this and many mental healthcare professionals fear the country may not survive. “I think Trump has been the abuser, and we as the public have been the abused,” Alan D. Blotcky, Ph.D., a clinical psychologist in Birmingham, Alabama, told me over the phone. “The question is: ‘how do we extricate ourselves from him?’”

Now as the days pass, pressurized and perilous, the forthcoming election has been called the one that could make orbreak America. It’s clear the aftermath of November 3rd is uncertain—no matter the outcome. But could this be the breakup we’ve all been waiting for?

Even in the healthiest of relationships, breakups are difficult. But trying to break up with someone whose character is meant to bewitch you (and likely already has) is much harder. “To put it as concisely as possible, the narcissist is only concerned with his or her needs,” Dr. David M. Reiss, M.D., a psychiatrist and co-author of the NYT Best-Seller “The Dangerous Case of Donald Trump,” told me on a FaceTime call. “As long as the other person is meeting those needs, [the narcissist] will hold onto the relationship.”

It’s evident our breakup, America’s breakup from Trump, will be the most dangerous point in our four-year affair. Like in any psychologically or physically abusive relationship, walking away from one’s abuser for good is often just the beginning of the worst abuse. “Not unusually on the severe end, the narcissist will be so angry, they’ll only feel better about themselves if they can get some revenge to prove that the other person was bad or wrong. So that’s what makes leaving the most dangerous part,” said Dr. Reiss.

Most psychological abuse victims know there is really only one effective way to escape a narcissist’s claws. Commonly referred to as the no-contact rule, it is perhaps the most critical step in recovery. “If you have a boyfriend or a girlfriend or a friend or a spouse, that’s abusive, you have to figure out a way to get away from that person,” said Dr. Blotcky. “But when they are the president, you can’t just get away from that person. It’s much more complicated.”

With the election nearing and the polls pressing, Trump’s pathology is intensifying by the day, maybe even by the hour. “He’s objectively, scientifically terrible. And this isn’t my politics speaking. I’m objective enough to know when I look at somebody who is disordered,” said Dr. Blotcky. “It’s what I do for a living. I’m objective enough to know that my politics are not interfering. If this were Joe Biden, if Joe Biden were Donald Trump, I would be saying the exact same thing.”

But even before his recent escalations, the threat of Donald Trump’s pathology was recognized in his attitudes and behaviors. For one, Trump revels in exaggerating his accomplishments. From calling himself a “very stable genius” on Twitter to comparing his presidency to Lincoln’s, Trump exemplifies narcissistic grandeur. His delusions about his abilities stem from his need to be seen as special and adulated. As attention seekers, narcissists love nothing more than orchestrating controversy and conflict. Lacking empathy and guilt, they create chaos without remorse. Trump, for example, has never sought to unify the country. He only sees in red and blue. “He likes to divide and conquer,” said Dr. Blotcky. “[Trump] doesn’t want to govern, and the reason he doesn’t want to govern is because he’s incapable. He doesn’t care about anybody else. You cannot govern other people if you don’t care about them.”

Meeting all the hallmarks of narcissistic personality disorder, the president is not just a danger to democracy, but a danger to American lives. From his anti-science and anti-expert pomposity to outright denying the severity of the pandemic, Trump, as our textbook character-narc, has tried to make the state of the country appear as close to normal as possible going into Election Day. “He can downplay the pandemic all he wants to, but you tell that to the 221,000 families that have buried loved ones,” said Dr. Blotcky.

Clearly, the culmination of the last few weeks has been anything but normal. While the president remains unmoored from reality, the American public is (once again) seeing his worst side. “From what I’ve seen it seems more like [Trump is] ramping up because he’s under more stress, he’s feeling threatened. So, you know, the filters are coming off, which is typical of the narcissist,” said Dr. Reiss. “They keep raising the stake, raising the stake, raising the stake, until they either collapse or find someone new. So where it’s going to go, I can’t predict, other than it’s going to be ugly.”

To no surprise, the way to break out of this exhausting, and frankly horrific madness, is already enshrined in our Constitution. “Honestly, the only way for us to do that is at the polling booth,” said Dr. Blotcky. So we must vote POTUS out.

In the dating world (it’s joked), the chunk of time just before the holidays is sometimes referred to as cutting season. Desperate to avoid the looming bombardment of family members’ questions about the future, many couples decide to call it quits. So maybe this is our cutting season, America?

Thank you for this, Leah. It’s incredibly important that we continue to speak out educating that his behavior is abnormal. Trump is ill, and we need to vote him out to contain the contagion.

Very good piece. I saw it because George Conway recommended it. Good luck to you! (Remember, there are great guys out there who are sophisticated and kind and attractive in many ways without being abusive.

This article is fabulous! The sad thing is: the vice president, the cabinet, and the Republican Party (specifically the senators, except for the logical Romney) did not protect the country.