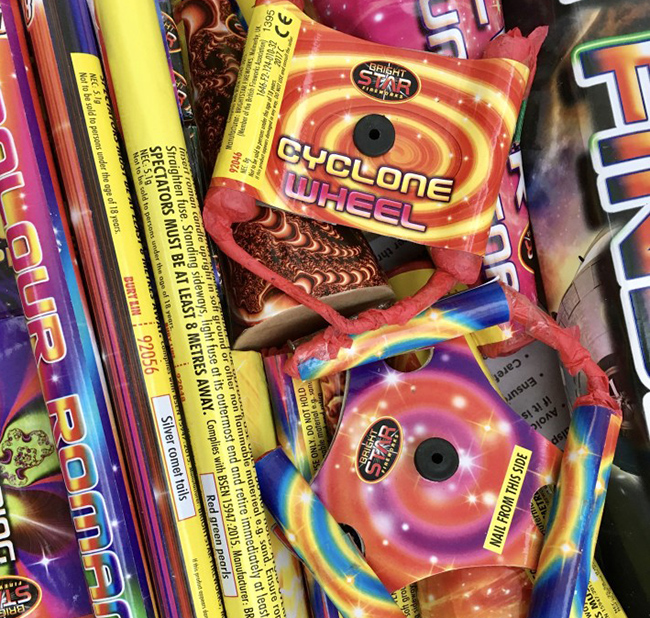 The sounds of fireworks are a constant in New York City. Photo by @vgardner32 via Twenty20

Over the past few weeks fireworks have been booming every night in New York City.

“I can see them from my bed,” said Emily Moelis, an 18-year-old architectural student at Penn State University, who lives in DUMBO, Brooklyn. “You can hear the dogs in our building barking and babies crying throughout the night.”

Between June 1 and this past Sunday, nearly 11,500 fireworks complaints were issued through the city’s 311 non-emergency hotline. Last night alone, between the hours of midnight and 2 a.m., 538 complaints were called in–compared to three complaints of fireworks that were registered during the same night in 2019.

In addition to filing complaints via the city’s non-emergency hotline, just after  midnight Sunday, hundreds of residents drove their cars to Gracie Mansion, Mayor Bill De Blasio’s official residence, honking their horns in a sign of protest against the mayor’s inaction regarding the nonstop fireworks.

“Ladies and gentlemen we are citizens of this great city of New York,” said a spokesperson for the group over a speaker. “We came out here not to get involved in any political discussions, we came out here simply because we don’t feel safe.”

Hundreds are protesting outside Gracie Mansion in #Manhattan right now after @NYCMayor refuses to do anything about the insane fireworks the last few weeks plaguing NYC. Residents can’t sleep, so they decided to not allow Deblasio to sleep tonight either. pic.twitter.com/Kom1X7PTPM

Hours later, De Blasio announced the formation of a consortium task force through the NYPD, FDNY, and Sheriff’s office that “will target suppliers, distributors and possessors of large quantities” of fireworks.

The persisting fireworks have prompted several theories on social media about their origin and purpose.

Not trying to buy into or promote the conspiracy theory but all night long I hear fireworks and every morning I run my neighborhood block by block and there’s no fireworks debris. I don’t get it?

Some have even insinuated that police officers themselves are behind the nightly commotion to manufacture unrest and paranoia among communities.

Walked around the block to figure out who’s responsible for these nightly fireworks.

Come to find out they’re coming from the building directly behind the NYPD precinct. Officers outside seemed completely unbothered by it all. pic.twitter.com/Tx84alTwHZ

If you spend time learning about COINTELPRO and the lengths law enforcement goes to suppress social movements then it’s hard to shrug off theories about things like unlimited fireworks going off every night.

Alex Brinkman, a 31-year-old commercial advertisements producer based in Williamsburg, said that he’s seen several used canisters scattered while walking around his street over the past couple of days.

“It seems suspicious that within a 24-hour span it went from zero visibility of fireworks to them saturating every community in Brooklyn,” he said.

Brinkman also said that the quality of fireworks being set off makes him wary of the narrative that bored kids are solely responsible.

“These aren’t sparklers or ground-bound explosives—they are the loudest of the loud,” he said. “It seems like a massive operation.”

So far, city officials have not confirmed who is setting the fireworks off, nor have they commented on whether an organized group or random residents are behind the nightly shows of explosive phosphorus.

Layla Mustafa, a 26-year-old Bushwick resident, said that she’s definitely noticed fireworks during past summers, but they only happened closer to Independence Day, and would always end before or around midnight.

“You assumed it was kids messing around because it used to happen near the holiday and they never went too late into the night,” Mustafa said. “The fireworks we are dealing with now are aggressive and professional-grade.”

Mustafa, who lives across the street from a halal chicken coup, hasn’t gotten much sleep over the last several weeks.

“Between the sounds of fireworks bursting and the clucking of scared chickens, I can barely make it through a night’s sleep uninterrupted without taking Nyquil,” she said.

Mustafa wishes she had more information from officials as most of what she’s been seeing about the fireworks has been through social media.

“We don’t know much, but we do know that it’s an act of protest, whether it’s coming from the police or residents,” she said.