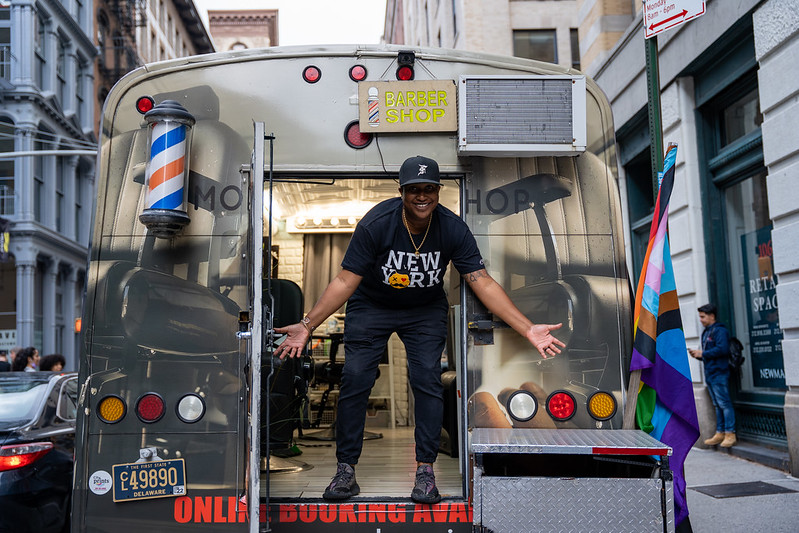 Meek Young, 37, of Jersey City poses at her van that was converted into a mobile barbershop. Photo by Nathan Morris

On Spring Street in Soho, passersby strolled by a large van converted into a barbershop with a pride flag proudly displayed.

Meek Young, 37, of Jersey City and owner of Groomed Guys Mobile Barbershop seeks to provide a safe zone for members and allies of the LGBTQ+ community  looking for a haircut.

“Being a Black queer woman, I really want this to be a space for anyone that just wants to be themselves,” Young said. “That is why I have a sign in the shop that says ‘Enter as strangers. Leave as friends.’”

Haircuts can be heavily anxiety-inducing for the LGBTQ+ community. Oftentimes, barbershops are used to traditional gender norms with hairstyles, which leaves individuals in the LGBTQ+ community in a state of distress. Young said that she understands the difficulty for them when it comes to seeking a place where they feel comfortable getting a haircut and wanted to change that.

“So many of my customers have told me they came to my barbershop because of the pride flag on the back of my van,” Young said. “The flag is a staple of my business. It is there to let people know that they are always welcome as themselves.” 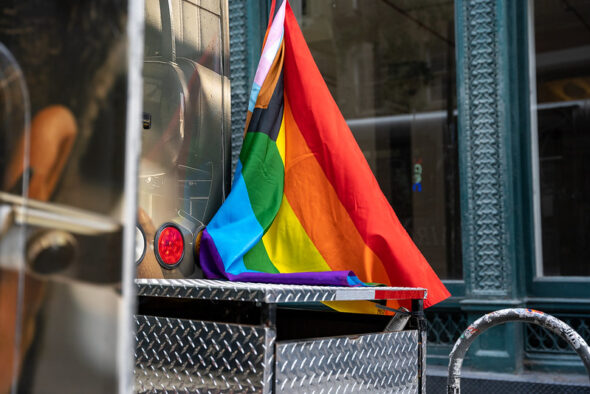 Young keeps a pride flag on her van to encourage people of all gender identities, sexual orientations, and races to get a haircut at her shop. The mission of her barbershop is to make all feel comfortable and accepted. Photo by Nathan Morris

The flag attracts customers like Victor Muñoz, 30, of Brooklyn.

“Sometimes, people in the community feel like they are constantly on edge about personal conversations with a new barber because you never know who you’re dealing with,” said Muñoz. “It is totally different here. It feels safe.” 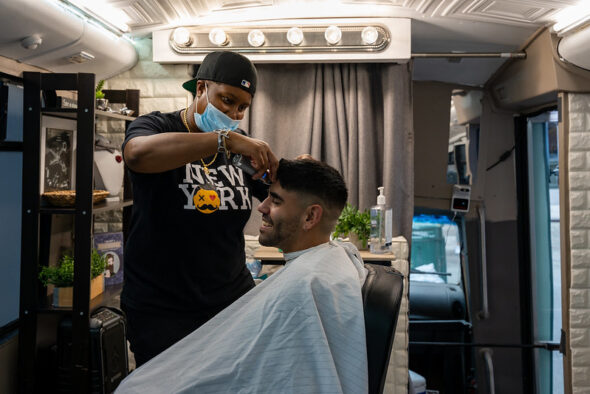 Young gives client Victor Munoz, 30 of Brooklyn, a haircut. “I saw the flag here and knew that I had to come here,” he said. “It is so inclusive.” Photo by Nathan Morris

Not everyone passing by has displayed positive feelings towards the flag that she displays on her van. She said that an individual came up to her van and threatened to burn her pride flag. 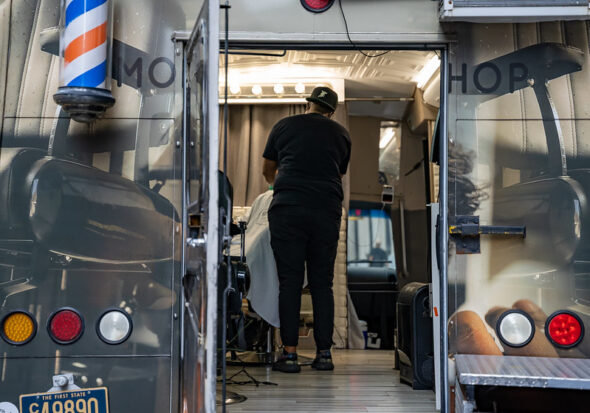 Young said she has a large clientele in the transgender community that often come to her shop for a haircut in the beginning of their transition, which she calls the “big chop.”

“I think quarantine caused a lot of unhappiness,” Young said. “People were stuck at home, and I think because of that unhappiness, some wanted to begin their transition.”

During the quarantine, those questioning their gender identity were also provided with the opportunity to process how they were feeling. She said it makes her happy to give haircuts to the transgender community and the LGBTQ+ community as a whole because she aims to offer an accepting, affirming, and theraputic environment. 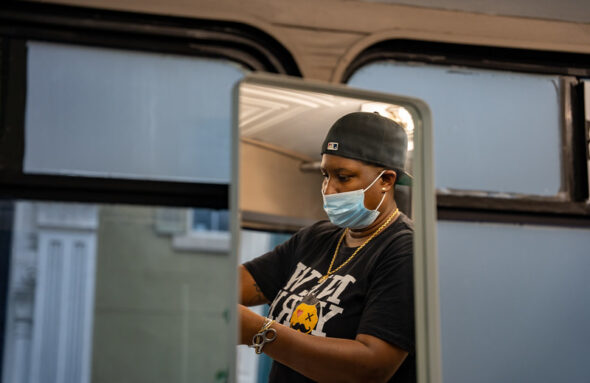 Meek Young gives a haircut to her client while wearing a mask. Photo by Nathan Morris

Young lived in New York City for 10 years when she began cutting hair before moving to Jersey City. When she told her mother that she was moving to the city to do hair, her mother could not believe it.

“My mother said to me, ‘Who would let you do their hair when you look and dress like a boy?’” Young said that did not phase her. 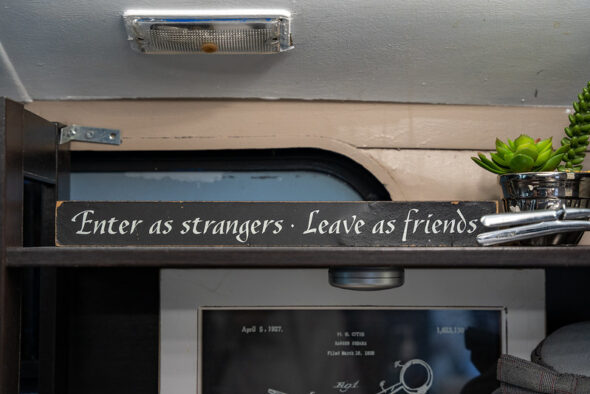 Sign that reads “Enter as Strangers. Leave as Friends.” Meek Young said she wants clients to know that your haircut experience with her will be genuine. Photo by Nathan Morris

She started out in the mobile barbershop business by giving haircuts to the employees of Spotify and Tumblr while they were at work. When the pandemic hit and offices closed, she tried to figure out her next move. She said that Soho was the perfect pivot once the city started to open up again because it was a heavily trafficked area.

“As a veteran, this mobile barbershop has really helped with my anxiety because it gives me the opportunity to control my own space,” she said.

Now, Young said that she feels like she has defied many odds by having a business that is Black, female, and queer owned.

amazing article about the barber shop. i’ve been trying to find a safe place for years and now i have!