Warren rallies in front of thousands of progressive voters 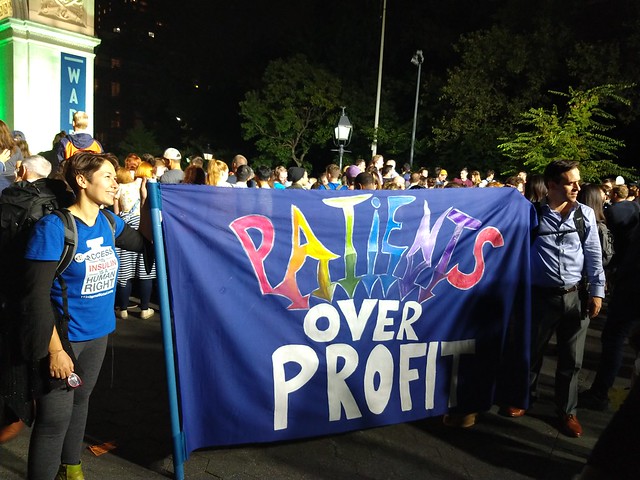 New York Insulin for All volunteers wore t-shirts and held a five-foot-tall sign that read “Patients over profit” at Senator Elizabeth Warren’s rally in Washington Square Park last night. The group advocates for free access to insulin for Type One diabetes patients. By Ximena Del Cerro

Hundreds of young and progressive attendees wore Warren campaign t-shirts and others wore manifestos for the political issues they hold dear.

For Warren supporter Andrew Eliot Jacobs, LGBTQ rights are a priority, even though Warren has not always held the progressive gender and sexuality viewpoints she does today.

In 2012, Warren disagreed with a court-ordered gender confirmation surgery for a convict, stating it was a waste of taxpayers’ money. During her campaign this year, she has said her viewpoint at the time was wrong and unveiled a new agenda for the LGBT community.

“Warren has more than made up for that one lapse in her record for trans rights,” said Jacobs, who proudly wore a Warren campaign t-shirt designed with LGBTQ flag colors. He considers Warren his first choice.

“Vote blue, no matter who because a new Republican administration would not be interested in reversing the abuses to trans rights that Trump’s administration has introduced, specifically in the military, and those are violations of human rights altogether,” he said. 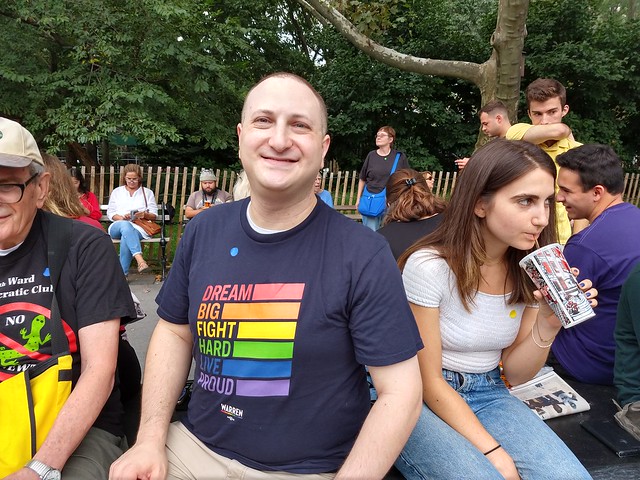 Maurine Soplina, a member of the organization New York Insulin for All, held a five-foot-tall sign that read “Patients over profit.”

“Warren is my first choice. I appreciate her greater sense of nuance compared to Bernie Sanders,” she said. “Warren’s position is more strategic, she knows we can have Medicare for all, but maybe we cannot get there in two years.”

While in favor of the candidate, she criticized Warren’s strategy to reduce the control pharmaceutical companies have over the price of medicines, such as insulin. From 2002 to 2013, the average price of insulin almost tripled, according to the American Diabetes Association, making it more difficult for many of the nearly 7.4 million diabetics in the U.S. to take the medication as needed.

“She has proposed government manufacturing of drugs, and in part, I think that is an excellent idea, but I do not think it can be fully that way,” she said. “Concentrating the amount of power that pharmaceuticals grant in any one place is too much.” 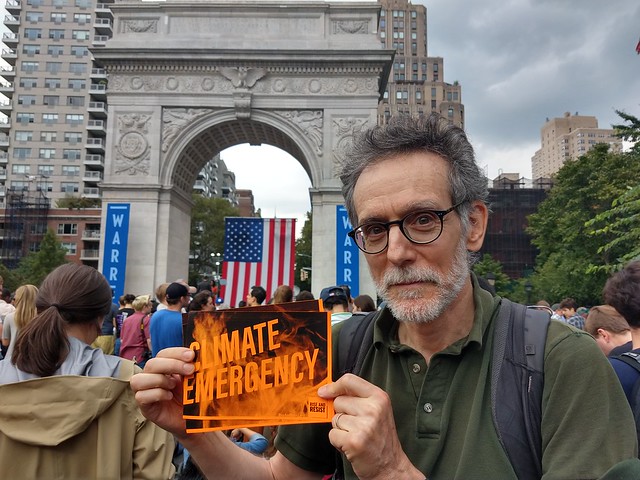 Sack Westain, a member of the action group Rise and Resist, made his way through the crowd giving out orange pamphlets that read “climate emergency.”

“Warren is one of my first choices, but practically anyone except Joe Biden,” Westain said.

Rise and Resist was formed in 2016 by activists with more than 30 years of experience in advocating for social and environmental causes.

“My primary concern for the next election is Trump,” he said. “My secondary concern is to have to support a candidate who would not bring transformation to this country.”

Westain was handing out pamphlets demanding a transition from fossil fuel to renewable energy.

“Sanders and Warren are candidates who understand how serious the crisis of climate change is,” he said. “They are committing themselves to transform our economy and our society to deal with that problem. “If Trump stays in office, we are completely screwed.”