Firefighters worked for an hour to put out the Sunday night fire at Rash bar in Bushwick, Brooklyn. Photo courtesy of Twitter user @petesassafrasss.

Two people were injured when a man in a hoodie walked into Bushwick’s queer nightclub Rash on Sunday night, poured flammable liquid around the bar, lit a match, and bolted. The bar went up in flames, police said.

“I could have never imagined this would happen,” said Tyler Glenn, the club’s bartender when the fire broke out.

Glenn, who is 25 and uses they/them pronouns, was working their first shift at Rash, which opened last October. Glenn went to the basement for beer to stock the bar, while other staff stepped outside for a cigarette.

“I came back upstairs, and I didn’t even realize what was going on at first,” Glenn said. “It looked like the smoke machine had cranked up a million notches. It was so smokey and hot, and hard to breathe.”

According to the NYPD, no arrests have been made, and the incident is being investigated as an act of arson.

“I started blacking out and it was really scary, and the next thing I remember is busting through the door and running over to Birdy’s, yelling ‘someone needs to call 911,’” said Glenn.

They suffered second degree burns and were treated and released from the hospital. 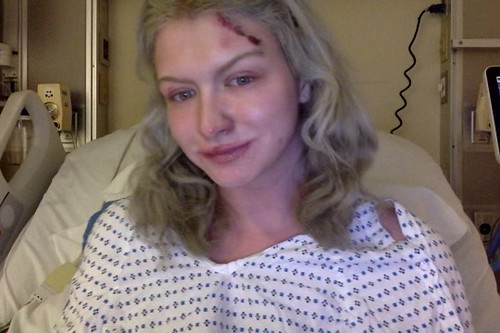 Tyler Glenn, a bartender at Rash, suffered second degree burns on their face and was hospitalized for two days. Photo courtesy of Tyler Glenn.

The Myrtle Avenue strip that Rash calls home is a well-known queer nightlife scene. Birdy’s, Happyfun Hideaway and Mood Ring are down the block, with larger LGBTQ friendly venues like Nowadays nearby. One patron at Birdy’s, Keaton Slansky who uses they/them pronouns, ordered drinks for the folks fleeing Rash.

“Two people were huddled outside and shaking, covered in soot,” Slansky said.

They spoke to the bouncer, who said the Rash job was new for him as well: it was his second day at the club. The bouncer told Slansky that he didn’t recognize the perpetrator, and that he would have noticed someone walk in with a big red canister of flammable liquid. Other staff at the scene also said that they didn’t recognize the perpetrator, or see him enter the bar.

Last August, a popular queer-owned bar in nearby Bed-Stuy found a brick thrown through its front window, just after the touring bus of nonbinary political candidate Paperboy Prince parked down the street suffered the same fate.

“People seem to be treating this as a string of incidents,” said Slansky. “Bushwick is like the queer hub of Brooklyn.There was the stabbing a few months ago, then there was this incident where someone let out a pepper spray bomb at Nowadays.”

The only customer at Rash when the fire broke out, Ashley Glenn (no relation to Tyler Glenn) had accompanied staff outside to smoke a cigarette. Seconds after she stepped outside, the bar caught fire and people started running out of the building. She described an “atmosphere of fear” in her community in the wake of this incident.

“Everybody’s freaked out,” she said. “Obviously, it’s all speculation, but it feels targeted because of premeditation and everything. It’s really depressing because after having lost Bossa, it was really great to have Rash as a new spot for the queer scene.”

The Bossa Nova Civic Club was a predecessor of Rash in queer nightlife, until it was shuttered by a kitchen fire in January. Tyler Glenn, who worked at Bossa before it closed, said they are relying on funds gathered by the Rash co-founders to stay afloat. “Until these wounds heal, I won’t be able to go into any of my other bar jobs,” they said.

The evening’s host and DJ, Lunática, was also hospitalized with burns. The co-founders of Rash, Jake Sillen and Claire Bendiner, have launched a GoFundMe to support staff with medical bills and restore the club. In the two days since the fire, the GoFundMe has raised $41,833, from community members, allies and local businesses.

Since the fire, the bar’s instagram has posted periodic updates and boosted donation sites for staff impacted by the blaze. When the flames had gone out, the account posted a black screen, with the words “Everyone is okay,” and a heart to keep followers informed. Tyler Glenn wishes they hadn’t needed to.

“I really hate that there is this pattern in the LGBT nightlife community,” they said. “I wish people could just go out and have fun, especially when so much is going on in the world. I wish our safe spaces weren’t places of tragedy.” 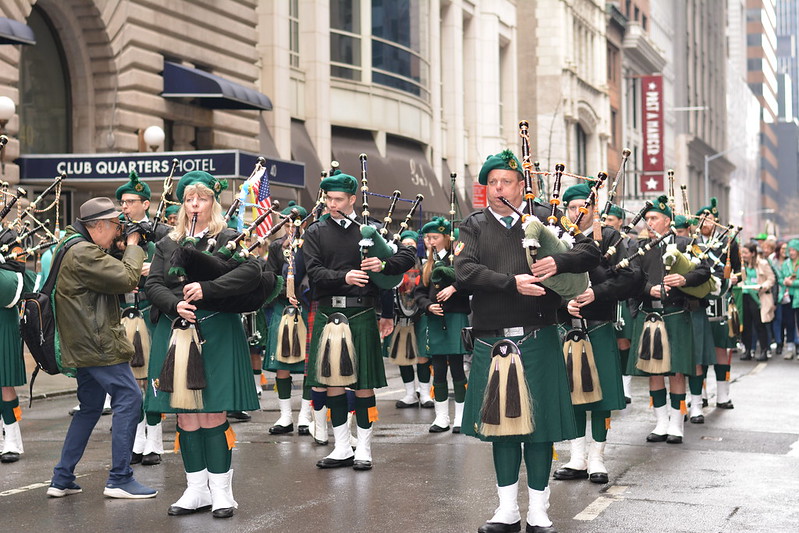 The pandemic put a halt to this loud and joyful celebration of the Irish. 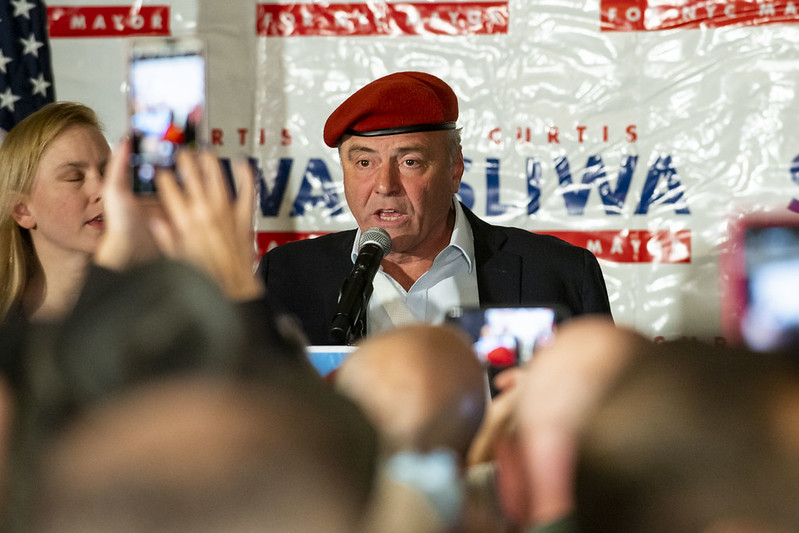 After a double digit loss in the NYC mayor’s race, Sliwa concedes to Adams