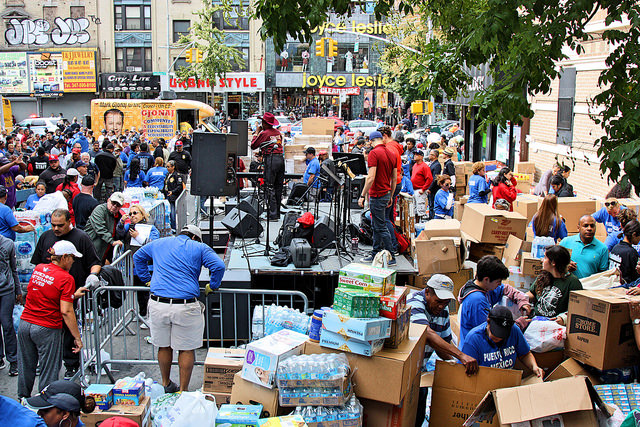 The line of vehicles was long, but patient. Cars and vans were overflowing with food and basic necessities. People worked as a human chain, shouting enthusiastically at each other to pass on boxes of supplies towards the huge container trucks parked on Southern Boulevard in the Bronx.

Today’s donation drive hosted by the New York Hispanic Clergy Organization was about the community coming together to aide victims of hurricane Maria in Puerto Rico and the earthquake in Mexico.

And the Bronx Latino community is large. The Bronx is a borough of more than 1.4 million people of which about 56 percent are of Hispanic descent which makes up more than a third of New York’s Hispanic community. Puerto Ricans are the majority of Bronx Latinos.

“We’re having a lot more (supplies) than we’ve expected and we possibly will need more trucks,” said Liza Galletti, a local activist. 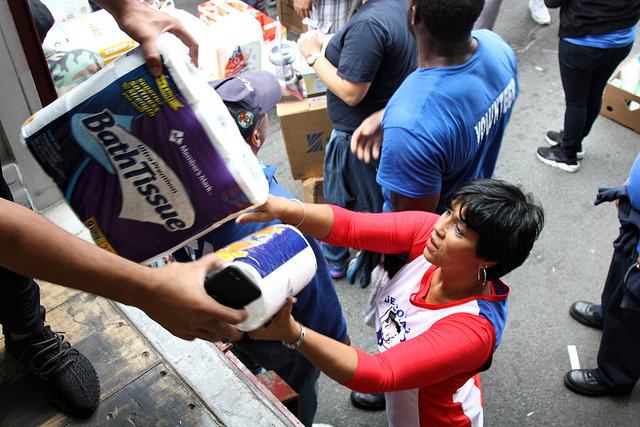 The island of Puerto Rico, nearly wiped out by Hurricane Maria, is suffering from one of the greatest humanitarian crises of the last decades. Power grids are down, roads are blocked, bridges have collapsed and there’s a shortage of food and water.

“That’s why we keep telling people ‘please donate, please donate.’ This can’t be a one time thing,” Galletti said.

Southern Boulevard was swarmed with volunteers and community members who flooded the street to show their support. Music blasted from the speakers, whistles blew and speakers rallied the crowd in Spanish.

“We’re done with another container. All six containers are full,” yelled volunteer and Queens resident Darlene Free, flashing a smile.

They were not even halfway through the relief operations.

“And we have six more coming,” she yelled, trying to raise her voice over the applauding crowd. 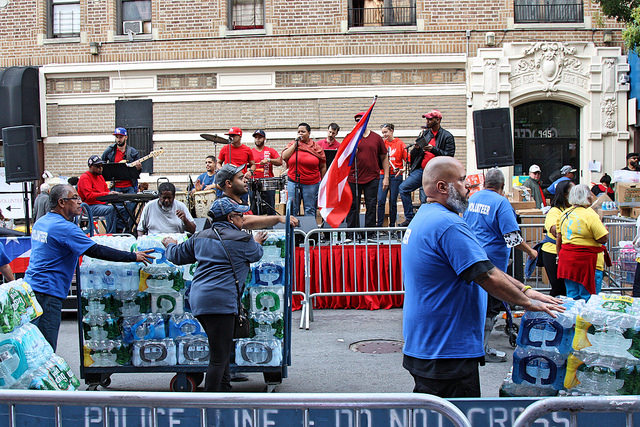 The community works together at today’s Donation drive for Mexico and Puerto Rico on Southern Blvd & Aldus St in the Bronx. Photo Credit: Stella Levantesi

For volunteers and donors, it was all about getting help to the victims as they struggle and work together to stay alive.

“In my family if one person can cook then all the other members go to that home so they get at least a meal once a day,” said Jadeling Chavez, an ESL middle school teacher in the Bronx. “We have a motel down in Santa Isabela and my father provides gas and a place where people can stay. At least at night people have light because the area is not safe and it’s dangerous.”

In hospitals, generators have broken down and medications are running low.

“I have an aunt who is in dehydration,” said Erica Morales, 33, of the Bronx. “She hasn’t had water in days. But she hasn’t been able to get to the hospital. Other people are stuck in their houses because of flooding. The water’s contaminated and people are getting sick.” 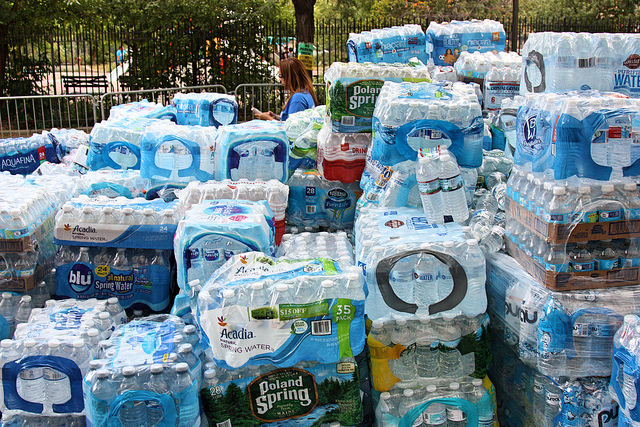 For Puerto Ricans on the mainland, communicating with their families is one of the biggest issues. Most people have to leave their towns to get an antenna signal that allows them to send even a short, quick message.

“The first days I wasn’t able to talk to my parents for a week,” said Sofia Tollinche, 20, a student at Manhattan College and a Puerto Rico native. “Now they call me if they have a signal, but I can never get through to them.”

Many of the supporters were not happy with the response of the US government.

“The government hasn’t stepped up the way they should,” said Rebecca Ramos, 43, a native of Puerto Rico. “I’m beyond angry, our president’s priority is going golfing this weekend while people are literally dying.” 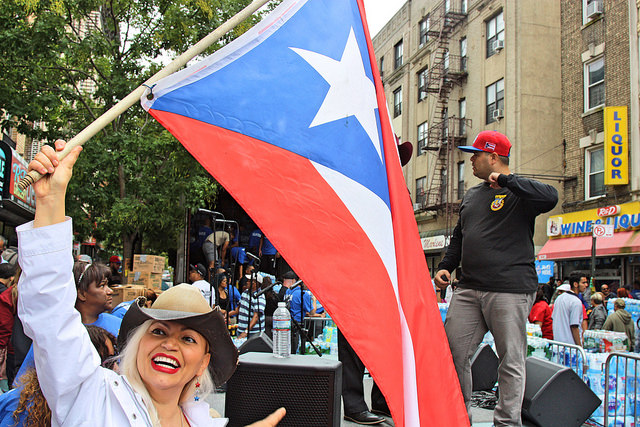 Some community members pointed out that many Americans don’t realize that Puerto Ricans are American citizens.

The Mexico earthquake seemed to take a back seat to the dire issues of the island.

“I was born in Mexico, so what happened there for me is a great deal,” said Christian Valero, of the Bronx and a graphic designer. “But I’m here to express solidarity with anyone who’s affected. It’s not just Puerto Rico or Mexico, it’s everywhere and it’s good to see people come together to help.”

Volunteers are also headed to the island to help.

“We are seeing the very best of humanity here. I’m proud,” said Ruben Diaz Jr., president of the Bronx Borough. “We’ve felt this pain for the last nine days, but we’re channeling that in a positive way. This response is just amazing.”