City protests ebb and flow from solidarity to a war zone

In each day of protest in New York City, there is a constant ebb and flow of escalation and de-escalation on both sides, protestors and police instigating one another until the situation boils over into chaos.

But, for a brief moment yesterday, police and protestors came together in solidarity, a police captain kneeling with demonstrators in remembrance of George Floyd, asking for no further violence or destruction of businesses in return. The protestors agreed in what seemed like a victory in the struggle for peace in the city, but it was short-lived.

As day turned to night, peaceful protests turned to looting, a common theme, starting with the Yankee store on 5th Avenue. It was not long after that chants for justice turned to direct taunts toward officers on the scene. Then, police acting as escorts for the march began to indiscriminately pursue demonstrators, sending the night into a chaotic tailspin.

People watched from their buildings as small fires, smoke and broken glass turned midtown Mahanttan near 57th and 7th into a warzone. As the newly imposed citywide curfew at 11 pm crept up, there were no signs of slowing or stopping by looters and protestors, which only emphasized the NYPD’s loss of control in the city. 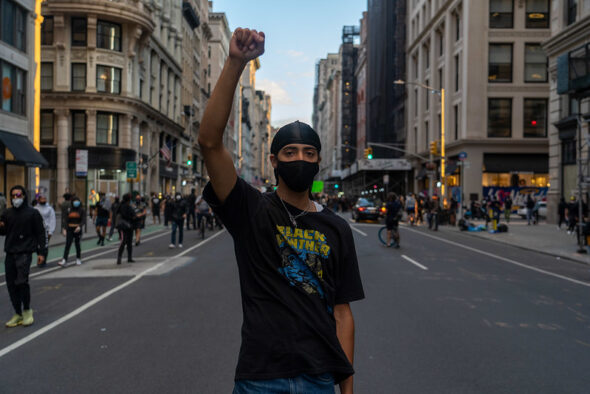 A protestor stands in the middle of 5th Avenue, June 2, 2020. Photo by Thomas Hengge 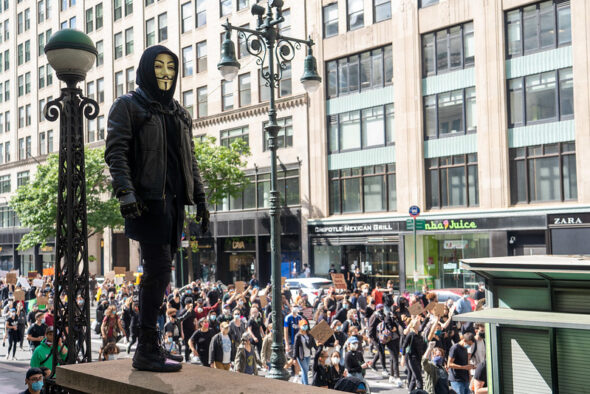 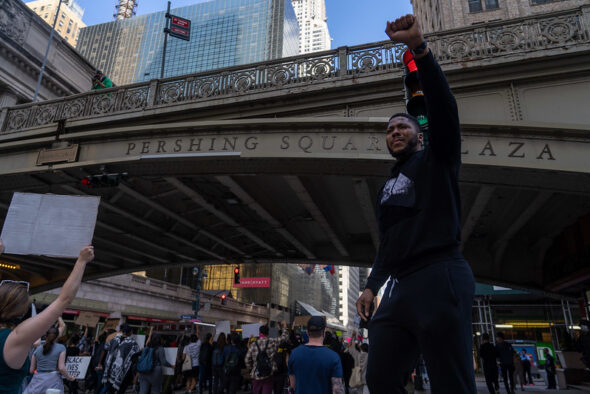 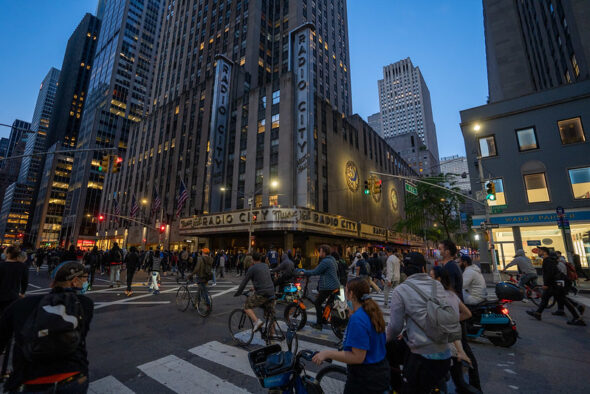 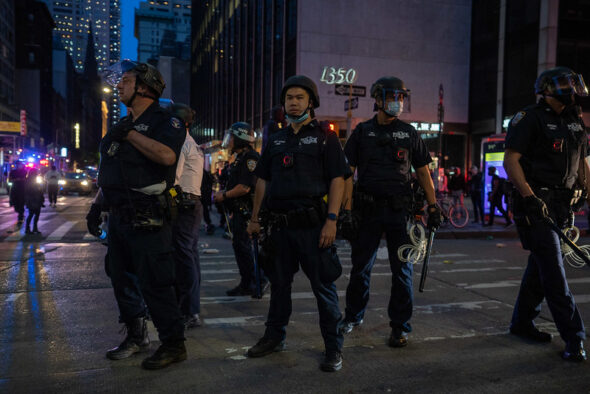 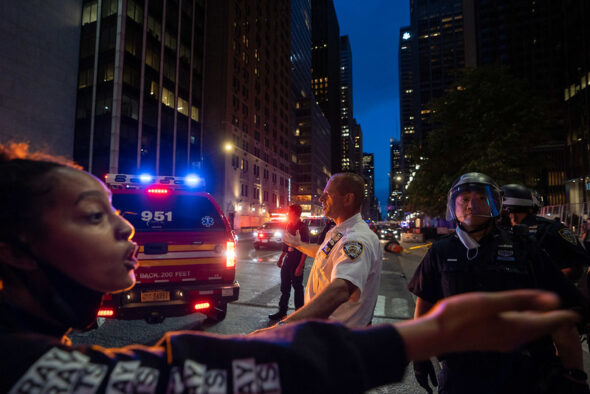 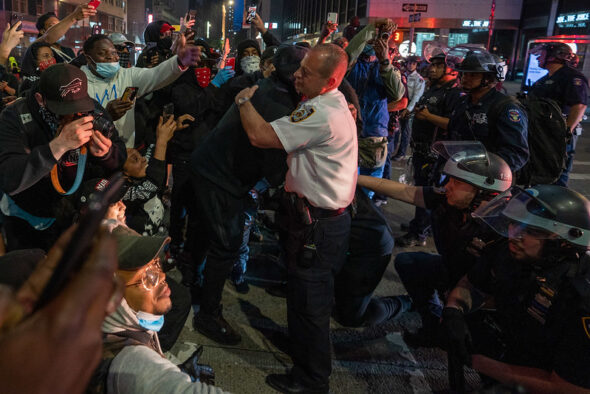 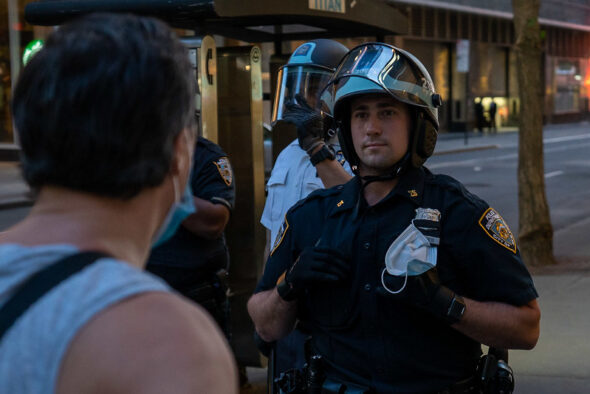 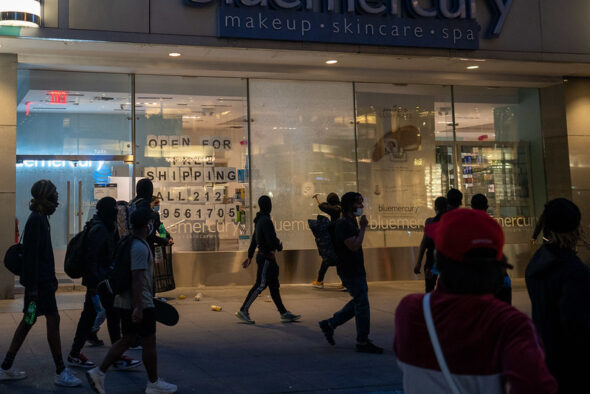 A person shatters the window at Bluemercury, June 2, 2020. Photo by Thomas Hengge 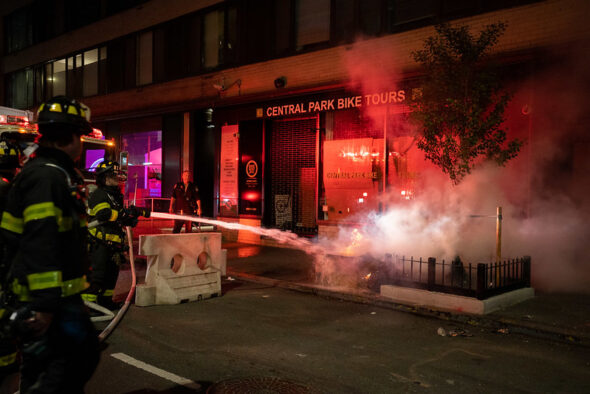 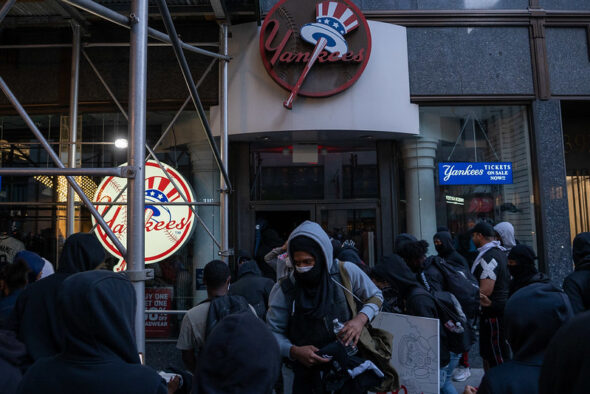