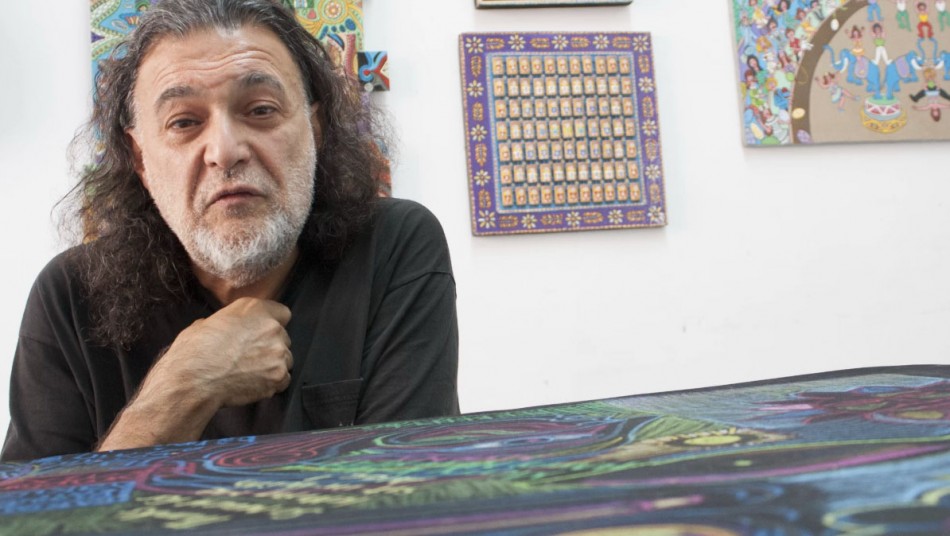 But El Taller Latino-Americano is a little bit of all those things, and most of all it has become a cultural institution on the Upper West Side over the last two decades. With rising rents, it’s about to be driven out of the area.

“Despite the fact that we are a not-for-profit educational organization, the rent which we engage in with the landlord is commercial,” said Bernardo Palombo, a founder of El Taller.

“What for us is human space is for others mathematics and numbers,” said Palombo.

This is not the first time Manhattan’s property market has forced them to move.

They started out on 19th Street and 7th Avenue almost 35 years ago, before moving a little further uptown, then across to the basement of a Russian cathedral in the Lower East Side. They’ve been in their current space on 104th Street and Broadway for the last 22 years.

“Now we are here, and probably next year we will be in Canada, because the whole history of gentrification pushes people to el norte, so we are going to el norte again,” said Palombo.

He has a plan for El Taller – to develop an urban garden, community kitchen, centre for immigrants’ rights and a three-penny university – if he can find a way to stay in the building.

The three-penny university would include workshops from current and former Columbia University professors and community members.

“Dona Maria, a Puerto Rican woman who lives next to my house, will teach handy 22 point crochet,” said Palombo, “And the younger characters that are selling drugs in the avenue will teach texting to the old farts like me.”

El Taller has submitted the proposal to two different arts foundations, suggesting they buy the building and help expand the organization.

But if the rent rises as expected, it is likely Palombo and El Taller will have to find a new home for these big ideas to unfold.