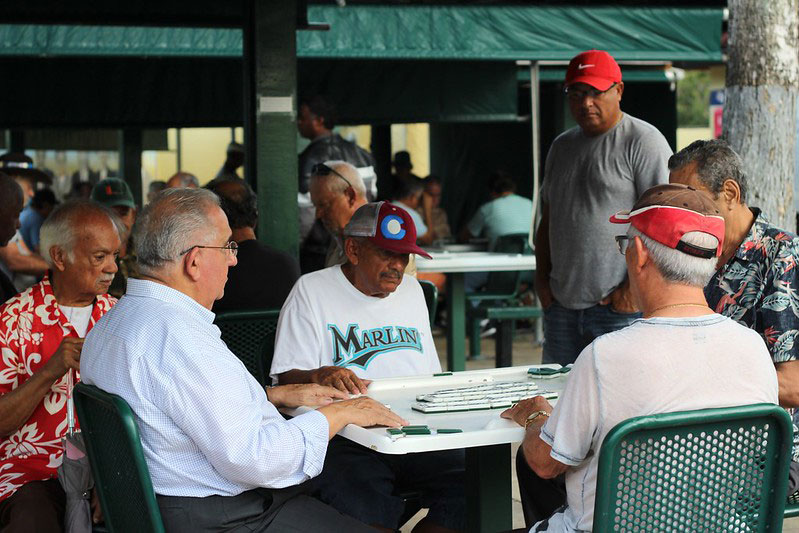 The sun shone bright and hot on the streets of Little Havana, in the heart of Miami, Florida. Despite the humid heat, locals gathered at Máximo Gómez Park, dubbed Domino Park, in Calle Ocho for a game of dominoes.

The crowd of mostly middle-aged or older Cuban Americans chatted with friends and talked politics over the sound of shuffling domino pieces and Latino music coming from nearby establishments. When asked about President Donald Trump, many of them were quick to express their support.

“There are many Cubans sympathetic to Trump because Trump is a Republican,” Alberto Castrillo, 62, said in Spanish. “The majority of Cubans who are here in Miami are Republicans.”

More than half of Cuban voters in Florida backed Trump in 2016, and according to Florida International University’s 2018 Cuba Poll, 54% of Cubans in South Florida were registered as Republicans in 2018. To win Florida in 2020, Trump will need their support again.

Cuban support for the Republican party goes back to the beginning of John F. Kennedy’s presidency, when the CIA backed a failed attempt by Cuban exiles to overthrow Fidel Castro. Cubans saw the Bay of Pigs Invasion as a betrayal from the Democratic Party.

Associate Director of FIU’s Cuban Research Institute Sebastián A. Arcos said that most Cubans assimilated to political life in the United States during the latter half of the 20th century through the Republican Party and that many of them were drawn to the party’s hard stances regarding the Castro regime.

Today, he said, most Cuban Americans in Florida that back the Republican Party are older men and women who were exiled and have lived in the United States for several years. In fact, the 2018 Cuba Poll found that 76% of Cubans 76 or older are registered as Republicans. 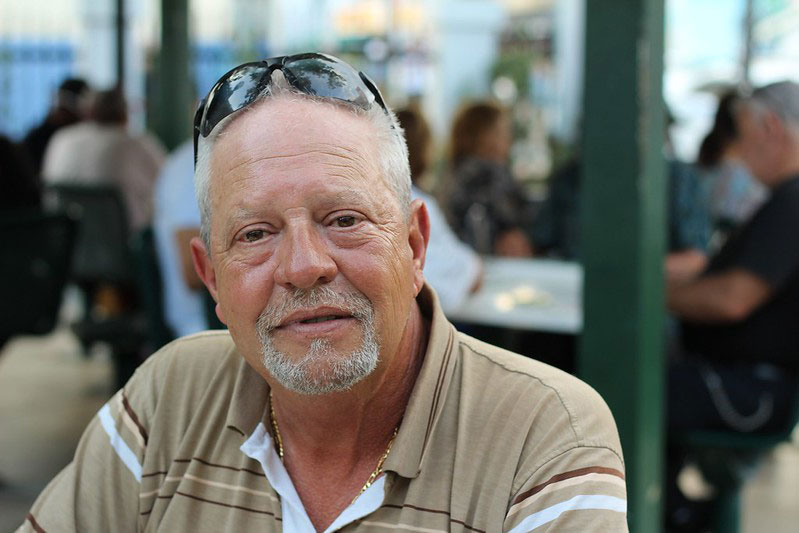 Alberto Castrillo, 62, has lived in the United States for the past 30 years. He is Republican and voted for Trump in 2016. Photo by Amanda Pérez Pintado

Castrillo has lived in the United States for 30 years and is registered as a Republican. He voted for Trump in 2016, and so far, he has been pleased with the president’s performance, although he described the president as rude and “malcriado” (spoiled).

“The Cuban community recognizes that,” he said. “But they don’t criticize him because he is Republican and the economy is doing well.”

Joaquín Mesa, 74, said he is not affiliated to a particular party, but sympathises with the Republican Party and supports “everything that is against Castro’s regime.” Mesa’s father was a political prisoner in Cuba, and he has been living in the United States for the past 40 years.

“I hope our president keeps winning,” he said. “If he does, it will be the end of Cuba, Venezuela and Nicaragua.”

Contrary to Castrillo and Mesa, Luis Vazquez, 82, said he is not interested in politics. He has not voted during the 53 years he has lived in the United States, but he would not have backed Trump in the 2016 election and does not support him today.

“That man doesn’t attract my attention. He’s a bit crazy,” said the West Palm Beach resident. “He says things that are incoherent to me.”

Vazquez said he is against the president’s stances on immigration, saying “there is no one here who is not an immigrant,” and he condemned Trump’s racism towards Latinos in the United States.

A few miles away from the park, José Pérez, 71, stood outside Versailles Restaurant, in Calle Ocho, talking with a group of men. He said he is against illegal immigration and supports Trump’s stances on the issue.

“You can’t let anyone in,” he said. “Whoever comes here to the United States has to come to produce, not to take.”

Pérez, who came to the United States in 1962, identifies as an independent. He voted for Trump in 2016 in what he describes as really a vote against Democratic candidate Hillary Clinton.

Almost three years into Trump’s presidency, Pérez believes the president has improved the economy, which the 2018 Cuba Poll identified as the issue that most motivates Cuban Americans in Miami to vote for a candidate

Looking at the 2020 elections, he said Trump would be his candidate over any of the Democraric hopefuls.

“I am not voting for a socialist that wants to give away things to those who don’t work. No, no, no,” Pérez said. “I have worked here nonstop for 50 years. I don’t want them to take away what I earned to give it to someone else. I don’t accept that.”

Ana Escrich, 73, voted for Trump in 2016 and would do so again in 2020. For her, he is the best president the country has had in the 52 years she has lived in the United States.

“I love our president,” she said, standing outside the restaurant La Carreta in Westchester. “I have been in this country for more than 50 years and never in my life have I seen a president that has been working like that man.”

Escrich, who identifies as an independent, does not think that Trump is racist and she assures that she has never felt discriminated against in the United States.

Nereyda Alfonso, 72, also said she has never faced discrimination in the 60 years she has been in the United States and went as far to say that there was a deeper racial divide during Barack Obama’s administration than now.

Both Alfonso and Escrich expressed concern because younger generations are skewing too far to the left.

Lisann Ramos, 27, was born and raised in Miami. Her parents are Cuban immigrants that she described as very conservative and Republican. She, on the other hand, is “definitely a liberal, Democratic human.”

Ramos described herself as left-leaning on social issues and emphasized that she does not support Trump and his policies.

“Cannot stand him. He should go in a rocketship very far away,” she said. “He’s a manifestation of a lot of very backwards thoughts that apparently the entire nation- the ones who back him- support: racism, homophobia, misogyny.”

For Ramos, more younger Cuban Americans like herself are breaking with tradition and moving away from the Republican Party. According to the 2018 Cuba Poll, 40% of Cubans between the ages 18 and 39 are not affiliated to a party, while 35% are registered as Republicans and 23% as Democrats.

“I know there’s definitely a wave. I don’t know how big it is,” she said. “I don’t feel alone at all in being a left leaning Cuban American child of immigrants.”