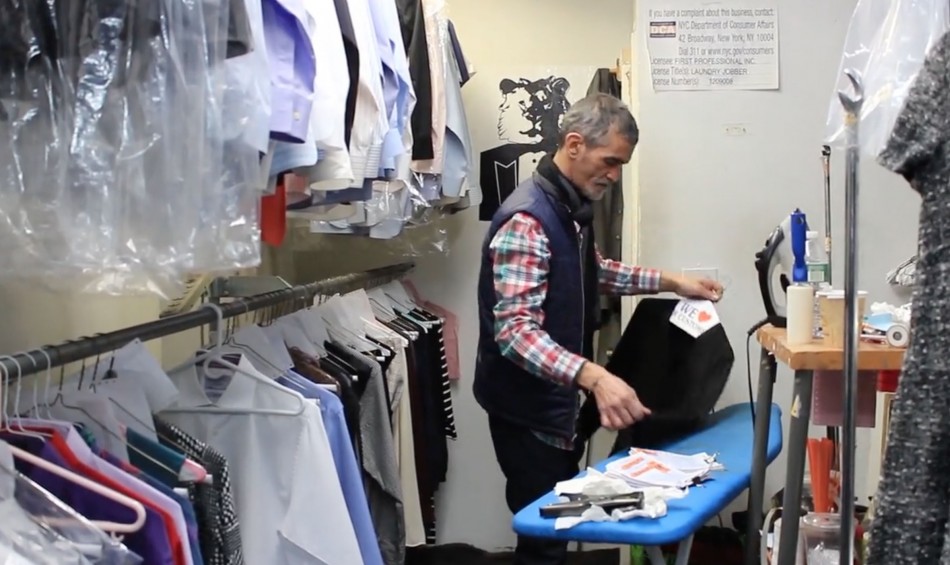 At 6 a.m. recently, Carlos Vasquez, the owner of the First Professional Cleaners on the Upper East Side, was already behind the wheel of his car. His customers expected their suits bright and early. A yellow spot of light shone on the concrete pavement as he raised the blinds to open the store. A small sign on the left corner of the window read: “If you are unemployed and need an outfit cleaned for an interview, we will clean it for free.”

“I always leave it on the window,” said Vasquez. “I keep it as my good luck charm and something that we do from the heart, something to give back to the community.”

He put the sign up after Sept. 11, 2001 and never thought to take it down. For the past 15 years he had helped more than 1,000 people to get ready for the important interview.

“If more people offered the same service to people who can`t afford it, that would be wonderful,” said Fred Werner, a regular customer.

His co-owner and wife of 35 years, Arelis Vasquez, said her husband`s manners charmed her from the first minute he approached her. Four kids and five grandchildren later he is still very romantic and hardworking, she said.

“He gets up early in the morning and makes sure he gets the job done,” said Mrs. Vasquez.