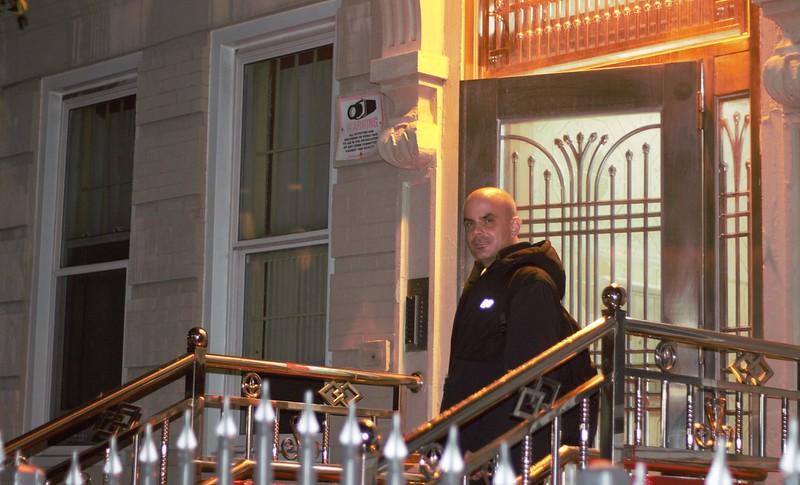 Chris Walton stands at the entrance of the Crown Heights apartment that he shares with two roommates. Photo by Karen Camela Watson

The city beckons to anyone with a dream.

The magnetic pull that is New York City draws the artist, the entrepreneur, wanderer and scholar in seeming equal parts. The city is expensive everyone says, nothing is affordable. In a collective shrug they still come, determined to find a way to pay.

“I always wanted to move to New York but kept putting it off because I didn’t know what it would be like,” he said. “I thought I would never be able to afford it.”

But afford it he did, joining a steadily growing number of adults who have turned to sharing their living space with someone they are not related to or in a relationship with in order to make the city of $3000 one-bedrooms and $2000 studios more affordable.

According to the latest census numbers, an estimated 81,000 adults or 3 percent of Brooklyn’s 2.6 million residents either share with a roommate or board in someone’s home. That number jumps to 6 percent in Manhattan where over 103,000 adult residents of the 1.6 million population share their space with a non-relative.

Queens, the second most populous borough of 2.3 million residents, shows an estimated 50,000 adults sharing living space followed by the Bronx of 1.4 million with about 14,000 sharing. Staten Island has a population of just under 500,000 with an estimated 1200 adults sharing.

The national average of 1.9 percent of home-sharing adults contrasts sharply with Manhattan at three times that number. Across the bridge in Brooklyn, developers, landlords and almost anyone with a spare room to rent scramble to house the influx of newly employed or recently relocated adults in search of housing and their New York experience.

While these numbers are conservative with real estate groups placing the total number of adults sharing with roommates closer to over 30 percent of the city’s renting population, the overall consensus is that the trend is growing rapidly with little end in sight.

“Bushwick, Brownsville – some parts now marketed as Ocean Hill.., Bed-Stuy, Crown Heights are where the roommates are,” she said.

The trend of older renters or homeowners sharing their homes with younger adults has caught on over the years through programs like short-term Airbnb rentals and longer term housing arrangements through organizations such as the New York Foundation for Senior Citizens’ Home Sharing Program.

Under the Senior Citizen’s program, both host and applicant undergo detailed background checks and complete compatibility surveys and in-person meetings to ensure the best possible match. The home sharing program is seen as a good option for apartment-seekers and owners looking for reduced rent and/or companionship in a relatively safe environment.

And safety is a big concern in a crowded, glittering city like New York. As gentrification transforms large swaths of formerly high-crime or long-abandoned neighborhoods, some real estate impersonators are either swindling newcomers online or renting apartments in neighborhoods that still have a long way to go to be deemed safe.

Walton spoke about the many scam sites he encountered online while searching “all day, every day” for over a month for an apartment. He said many were asking for money to be sent upfront to secure apartments but some quick research would show they were not legitimate sites.

When Walton, who already worked in Manhattan and commuted daily to an office in Midtown, finally took the plunge to follow his dream of living in the city, he was shocked at the asking prices for apartments.

He was  finally  able to negotiate close to that amount to sublet a bedroom in a 3-bedroom apartment.

Walton  emphasized that the process is not easy, nor is it ideal sharing with two people, especially since he has a cat that now has to stay confined to the bedroom at all times. But he still feels lucky to have found an affordable place in a decent neighborhood, close to the train station and now spends a lot of time just riding the subway to random stops in different boroughs, exploring and enjoying the city.

“The unlimited metrocard is dangerous,” he laughed. 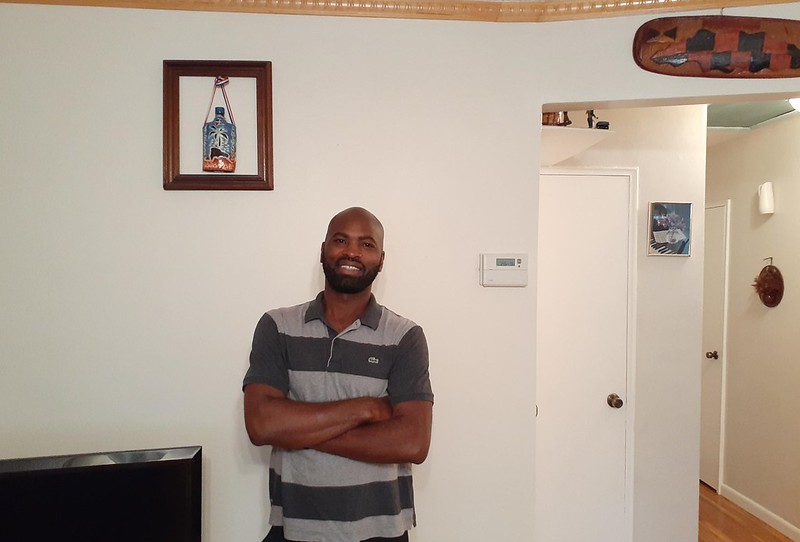 Glenroy Anderson in his 2-bedroom Canarsie apartment that he shares with one roommate. Photo by Karen Camela Watson

On the other side of Brooklyn in suburban Canarsie, 45-year-old Glenroy Anderson shares his 2-bedroom apartment with another male roommate who needed a place to live.

“Canarsie is a peaceful neighborhood, very quiet, I like it here,” he said.

With an average commute of an-hour-and-a-half by bus and subway to midtown Manhattan, and limited available apartments, the rent is lower there than the rest of the borough.

Anderson admits that having a roommate does help with his living costs but said that was not the main reason he decided to share.

“I am a single guy,” he said. “It’s good having someone to talk to sometimes.” 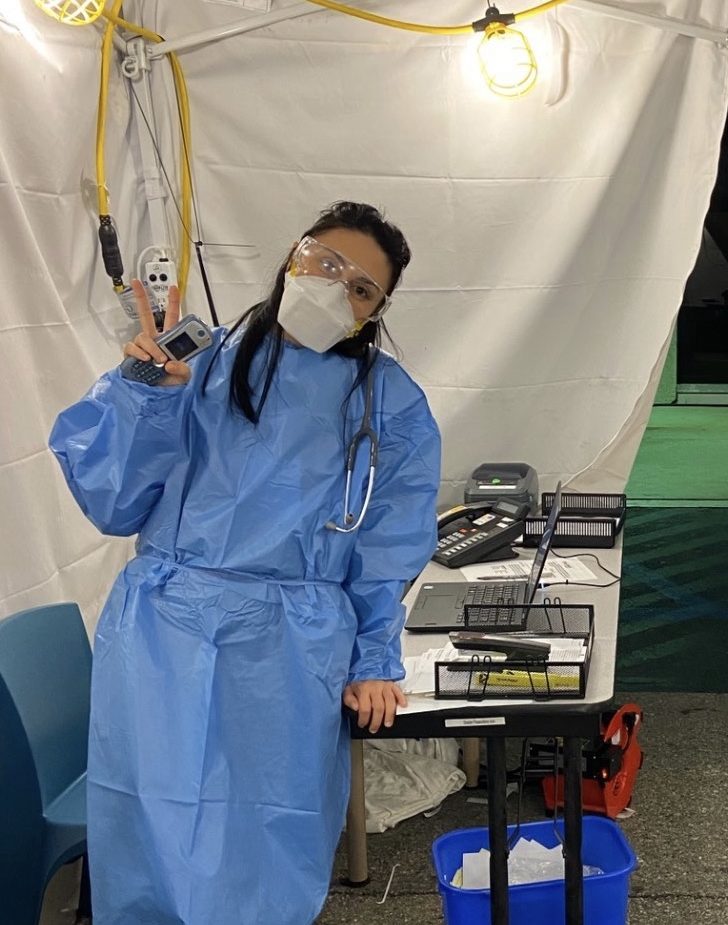 Emilija Corneva is a nurse battling the coronavirus 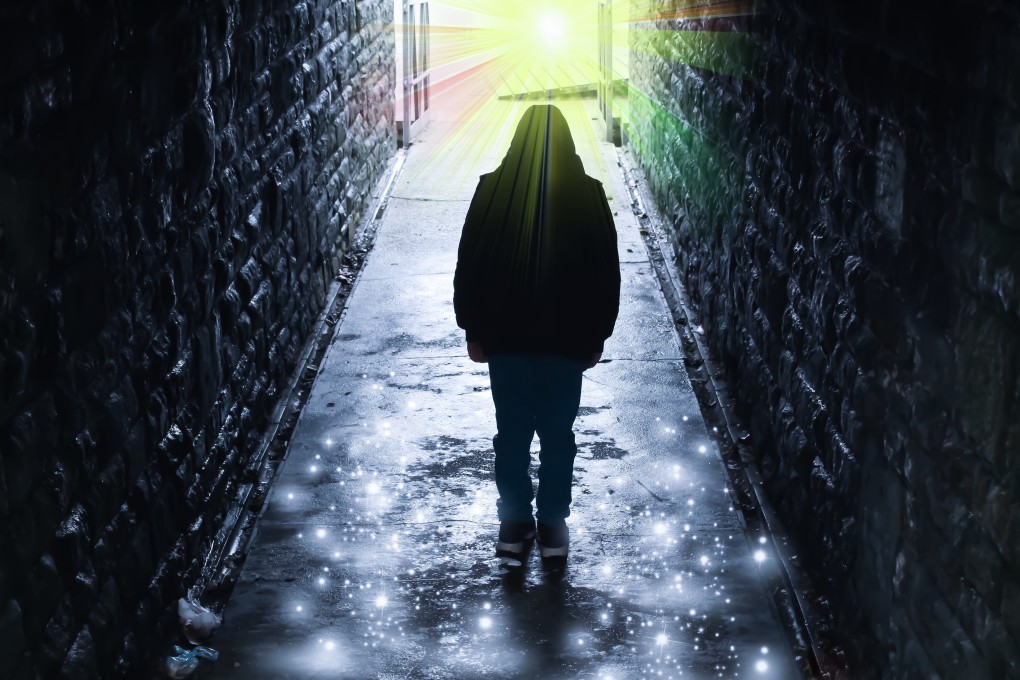 Living with an anxiety disorder during a pandemic

Will someone I love be contaminated?