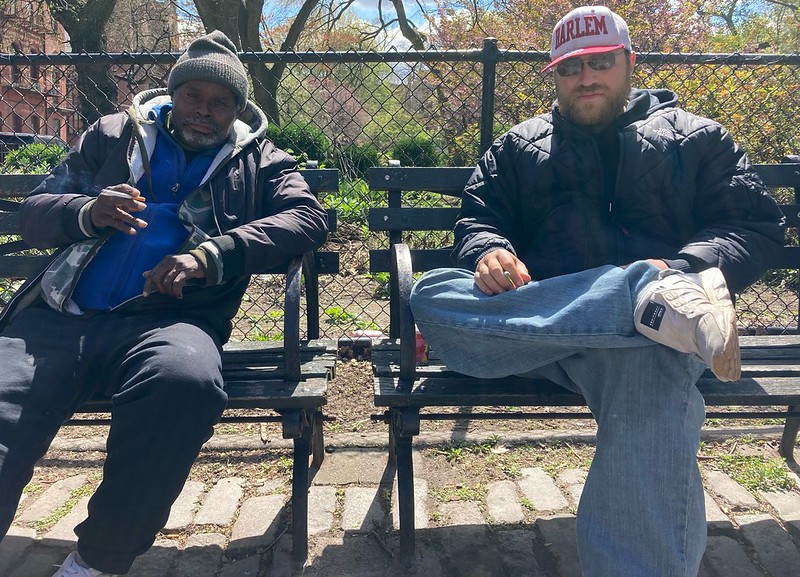 “Myself and my neighbors were victims of police violence as our belongings and homes were ripped apart and thrown in the garbage,” said Sintia Vee in a call to action on behalf of the collective.

This isn’t the first time NYPD and city workers have thrown away the belongings of unhoused residents. Following two riots spurred by a new, 1:00am curfew on the park that would for the first time force residents to leave at night, bulldozers were brought in to raze the area in 1991.

Now, as their tents and belongings are thrown away, the city government is offering more services to people living in homeless encampments. In his April 26 State of the City Address, Mayor Adams promised $170 million for 1400 new beds at safe haven shelters across the city.

“It isn’t just about bringing down crime rates. It’s about helping those who need it most, including those experiencing homelessness, many of whom are at risk from violence themselves,” said Mayor Adams.

But many unhoused people in Tompkins Square Park prefer the street to the shelter. Some had seen or been victims of violence in shelters. Others had belongings stolen, or were roped back into a drug dependency there. And most resent the 10 p.m. curfew placed on shelter residents.

“I came straight out here after what happened in the Safe Haven,” said Tompkins resident Johnny Grima. “Why I’m not there now is I reported shelter abuse because the security guard. He threatened to slap me in the face with a metal detector wand.”

Experiences like Grima’s, and suspicion of the NYC shelter system as a whole, has left a gap in service for unhoused people that mutual aid organizations are trying to fill.

Washington Square Park Mutual Aid has provided dozens of tents, food and thousands of dollars of direct donations to unhoused people and the encampments themselves.

“We’ve paid a couple of month’s rent for people, you know, a month at a time,” said Derrick DeMaria, a facilitator for the group. “Right now, mutual aid can’t do the kinds of big picture housing [aid], we can’t pay for a whole year.”

On top of that, many mutual aid groups are losing manpower due to the intensity of the sweeps. East Village Mutual Aid, the local group that spearheaded aid at Tompkins, has since taken a hiatus.

“It’s kind of odd to be just a person and constantly on call in this way. I would say there’s definitely a lot of burnout, but there’s a lot of things that are definitely giving me hope,” said DeMaria.

One of those things is the direct action network organizing to aid unhoused neighbors impacted by the sweeps. What the Tompkins Homeless Collective calls a sweep defense network is growing, made of mutual aid organizations and social media accounts like @SweepAlertNYC to keep New Yorkers informed and coordinate aid, with the eventual goal of stopping evictions across the city.

“You can’t end homelessness without stopping it from happening in the first place,” said Vee in her call to action. “We ask our beloved people, living in New York, to protect us the homeless, the most vulnerable, from any further state violence.

Annie, I am so proud of you for keeping your fire and passion to make the world a better place. Your writings are moving and fact-based and provide the impetus to help others understand. Change happens one person at a time.❤️