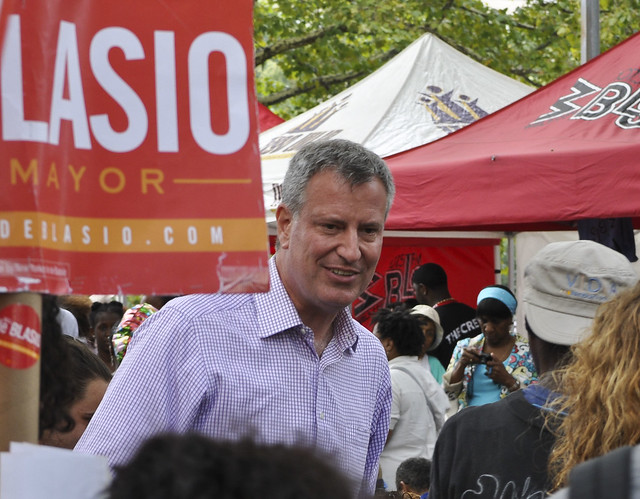 Getting paid to go on vacation might seem like a win-win situation. But in New York City, a new policy proposal by Mayor Bill de Blasio has sparked a conversation about who loses out when paid time off becomes a requirement.

“Workers across the nation have been working too hard without enough time to rest and recharge or enough time for family and important life events,” said Mayor Bill de Blasio in the city’s official announcement. “Every other major nation recognizes the necessity of Paid Personal Time. We as a country must get there, and New York City will lead the way.”

De Blasio is hoping that this measure will help New York become the “fairest big city in America,” piggybacking off of recent increase of New York’s minimum wage to $15, which went into effect at the beginning of 2019. With New York City’s unemployment at the lowest it’s been in decades, and the city’s economy booming, this is the perfect time for such legislation, said city officials. But for small businesses, the new policy could create a major economic burden.

For businesses that pay their employees minimum wage the vacation plan would cost $1,200 annually per employee, assuming that shifts are eight hours. For small businesses, those costs can add up fast, particularly if they are currently paying above the minimum wage. This could restrict a business owner’s ability to offer other employee benefits, and creates a risk of decreased wages and other cut-backs.

“Paid time off would be viewed [by classical economics] as an increase in the price of the labor,” said Thad Calabrese, associate professor and economic expert at New York University. “So if employers have to pay more for an input, they’ll demand less of it.”

But for employees already earning minimum wage without benefits, the mayor’s plan has significant potential benefits.

“My assumption is the folks that don’t have this right now are people in retail, hospitality, restaurants, and fast food, those types of jobs,” said Calabrese. “On the one hand if they’re paid at the low end of the spectrum, this could be a way of increasing their compensation.”

Having the option to take paid vacation would be a major win for workers who do not receive the benefit, including the 180,000 in professional services, 90,000 in retail, and 200,000 in hospitality and food services. Happy workers equal a more productive workforce, proponents of the vacation plan argue.

“Here in United States, we have fewer days off than anywhere else in the world—time that increases productivity and improves mental and physical health,” said Department of Consumer Affairs Commissioner Lorelei Salas in the city’s written announcement.

According to research conducted by Project: Time Off, a research group funded by the U.S. Travel Association, there is clear data that supports the hypothesis that vacation boosts productivity. It not only contributes to a worker’s overall health and wellbeing, but it can also decrease turnover rates among the workforce. The United States is far behind much of the rest of the western world in terms of mandatory paid vacation, and data from Europe demonstrates the potential benefits of updating U.S. policy.

Jason Lee, founder and CEO of Daily Pay, a New York City-based startup, offers his employees unlimited paid vacation days. Ensuring the physical and mental wellness of employees is a key to a company’s success, he said. He also believes that government regulation is not the only method through which this can be achieved, and that a free-market approach might allow companies to offer other important benefits.

“In general, I’m more of a fan of free markets in the sense that if this really is something that employers need to offer because employees want it that badly, then employers to respond to that competitive hiring demand and will  wind up offering it themselves,” said Lee. “This one proposal needs to be sort of evaluated in the context of an overall portfolio of different ideas.”

Veronica George has worked in restaurants in New York City for almost a decade, and would love to see other benefits, such as health care, offered before something like paid vacation. Though she supports the new plan’s intentions, she is unsure if it will be enough to meaningfully improve the lives of all employees in the industry.

While the debate continues over the potential benefits and drawbacks of government-mandated paid time off, Mayor de Blasio has forged ahead with his proposal, gaining the support of several local politicians and council members. The future of paid vacation for the half a million workers who are currently without the benefit will soon be officially determined by a city council vote on the plan, though a date has yet to be set.

Vacation days should be given to employees so that those people can recharge their bodies and be with their families. CEOs, presidents,ect of companies gets time off. Why not small people!!!!!??
We all deserve a break at least 2 weeks off. We’re not slaves.