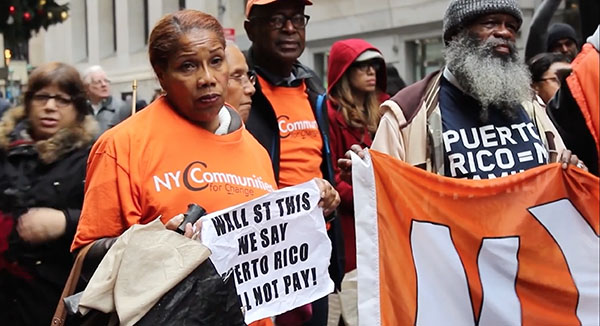 On June 29th, 2015, Alejandro Garcia, the governor of Puerto Rico, announced that Puerto Rico could not pay their $73 billion dollar debt.

The failure to pay this debt has negatively impacted the citizen’s living on the island, and those living in the states that may have family members or relatives living there. Jobs and food are scarce, and schools and hospitals are being shut down due to the lack of finances to sustain these institutions. As a result, many Puerto Ricans are fleeing the island, and migrating to America’s major cities like Florida and New York, to escape the hardships of the economic crisis.

Though the migration to America from Puerto Rico adds more complications to the economic crisis, the biggest complication is the migration of Puerto Rico’s young population. Students who see no hope in continuing their education in Puerto Rico, are leaving their original universities and colleges, and transferring to study in American institutions instead. Many believe that their chances of obtaining a quality job with their degree are much greater in America.