The traditions of Palo Mayombe 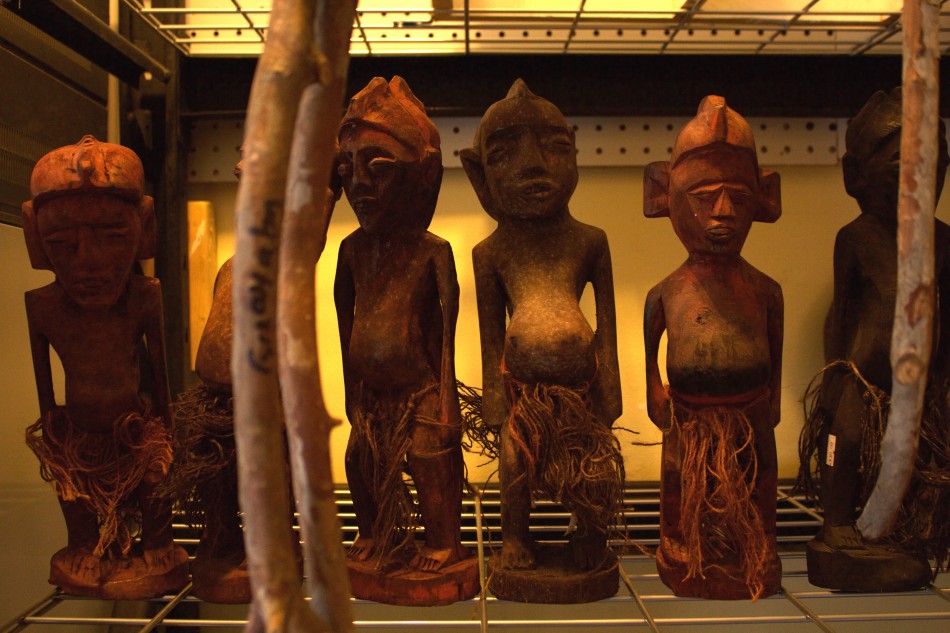 Enox J. Rios became an Iyawo this past April. And so for a year and seven days he must only dress in white. He is to eat all his meals on the floor. He is forbidden from looking into a mirror and cannot be outside after dark. He’s also not allowed to make any physical contact with the uninitiated. That means no handshakes.

As Yawo, Rios is a newly ordained priest of an ancient diaspora religion brought to Cuba by Congolese slaves. From Cuba it spread throughout the Caribbean, to the Dominican Republic, Colombia, Venezuela, and later to the US. It’s called Palo Mayombe, and its dark rituals involving human and animal remains and even grave robbing, is practiced in extreme secrecy. Like another Afro-Caribbean religion, Santeria, thousands of Latino New Yorkers are adherents of this syncretic faith which involves ritual dance, song, and drumming. 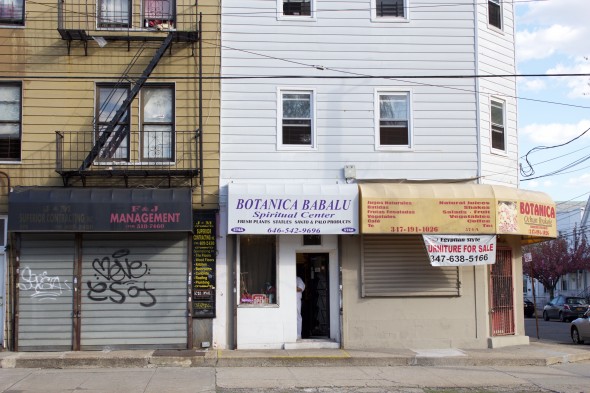 Botanica Babalu in the Bronx. Photo by Neil Giardino.

Rios is the owner of Botanica Babalu, a folk medicine shop in the Bronx that sells spiritual herbs, candles, and statues of saints. It’s a one-stop for Palo accessories including medicinal plants for aura cleansing. “This is a place I like to think of for healing and guidance,” he said.

As a palero, Enox said he has been ordained or “crowned” ocha. This means that an Orisha, or holy being of his faith, is aligned with his inner head. In essence, it gives him the ability to act as a spiritual medium.

“It’s very dark. Very draining. But if it’s used for the betterment of the people and for protection, it is amazing,” said Rios.

The spirits that paleros are in contact with are both ancestral and of the natural world. Worship for paleros like Rios centers on communication with these deities by using iron or clay pots called ngangas. The nganga is to a palero what an alter is to a Catholic priest. Palo means stick in Spanish. And that’s what goes into the pot along with earth and bones. But that’s not all that goes into a gnanga.

Palo faithful believe that a spirit of the dead also lives inside. The spirits of Palo communicate through ordained mediums like Rios. Earthly items like guns or knives help the palero channel these spirits and summon protection from them. Clients pass through his doors seeking spiritual cleansing. He offers spiritual baths with medicinal herbs. Rios claims his prices are lower than other botanicas. “I’m here to give back. I remember having cancer, looking for some kind of positivity, some kind of light, some kind of hope to keep me going. And so that’s what I try to do.”

One patron needs a blessing before a job interview. Another isn’t coping with a death in the family. Some are trying to keep their marital vows sacred. Requests to keep husbands or wives faithful are common. Rios said instead he focuses on light and healing. But he explains that some paleros not only overcharge in times of crisis, but also use the spirits in their ngangas recklessly, to harm or worse. 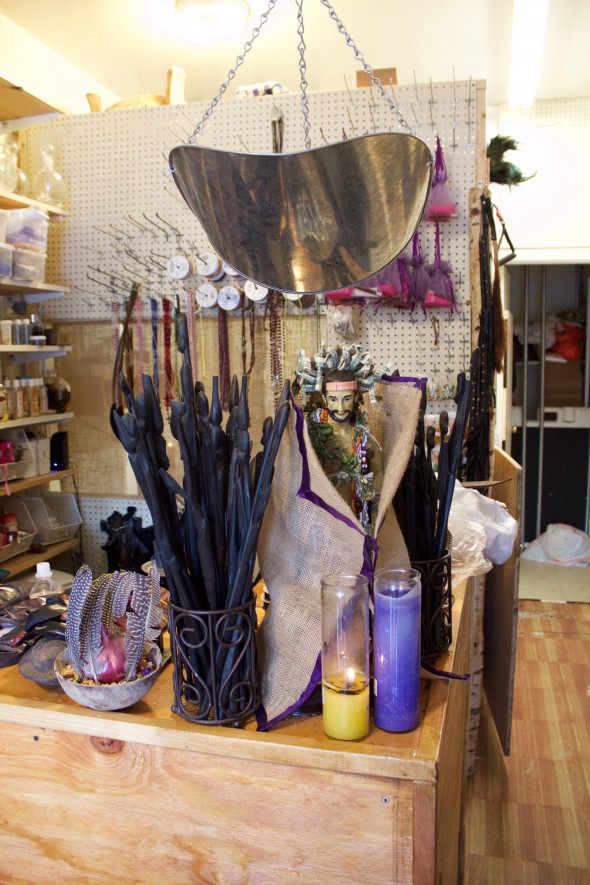 A scale for medicinal herbs is hung above a holy statue at Botanica Babalu. Photo by Neil Giardino.

“You can kill with a nganga. That’s how dark it is. It’s like a dog. Somebody comes into your back yard and your dog is trained. If that dog gets loose, who knows what you’re going to be in by the time they get the dog off of you,” he said.

Palo is almost always linked to Santeria. And ritual music and dance is fundamental to both. There is one main distinction: Santeria comes from the Yoruba people from Nigeria and Palo Mayombe comes from the Congo. Since Congolese slaves were brought to the Caribbean much earlier than the Yoruba, it’s harder to trace their music and culture directly back to Africa. In other words, Palo’s African origins are darker and more mysterious.

Peter Manuel is a professor in the department of Art and Music at John Jay College who has written extensively about music of the Caribbean. “Palo songs have some Congolese words in them, but mixed with a lot of Spanish. It’s just more syncretic and more acculturated,” he said. Manuel added that although the often feverish dance, pounding drums, and call and response incantations of Santeria and Palo are similar, tracing Santeria to the Yoruba is much easier because these Nigerian slaves were brought to the Caribbean as late as the 19th century. That direct line between Palo and the Congo is much more indistinct.

One similarity in both Palo and Santeria is ritual sacrifice. Every so often news about sacrifice of animals makes headlines in Greater New York City. When asked about this, Enox J. Rios is unequivocal. “This is an Afro-Caribbean religion and it’s one of the oldest religions. This is the way it’s been done. It’s tradition. But there’s room for growth.” he said.

And as an initiated Yawo of Palo Mayombe, Rios will now embark on his year and seven days of austerity as an ordained palero. He acknowledges the darkness of his religion, but says he’ll continue to use it for the sake of wellness and healing.

“There is bad and there is good in everything. Palo is heavy but at Botanica Babalu it’s used for love, stability, and everything that is positive.” 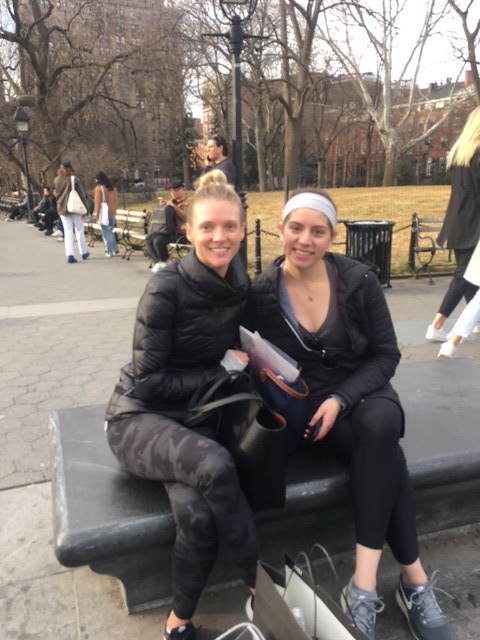 Spring Days in the Dead of Winter 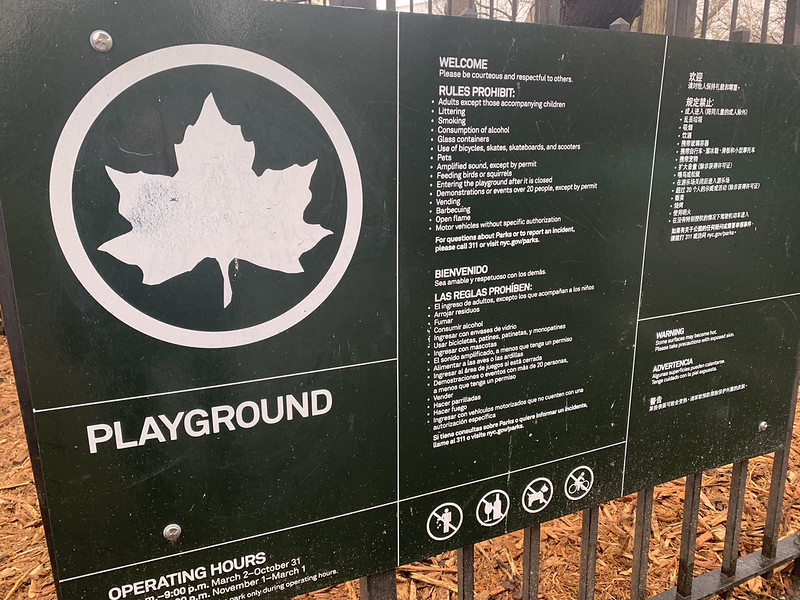 Thank you Neil for your article. It’s very true that Palo Mayombe can also be used for the greater good like health and happiness.

That’s exactly what we are preaching to our initiates!

Thanks for your article!