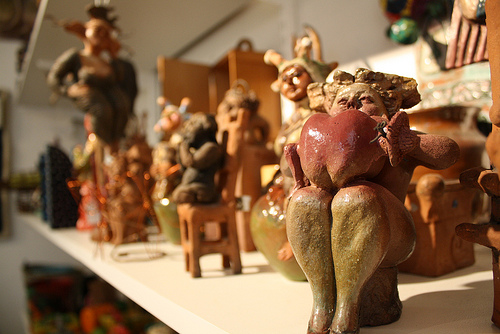 But the Cuban government must first approve their departure from the island and issue them visas, which could put their travel plans on hold.

“It’s a pretty nail biting experience,” said Ann Rosenthal, the executive director and producer for MAPP International Productions, a nonprofit performing arts organization that staged the Los Munequitos de Matanza concert. “We have obviously made the arrangements and still don’t know for sure that they will get on a plane on April 1.”

Roadblocks to U.S. travel are not new for Cuban artists. Yet some Cubans and Cuban-Americans in New York are now facing an internal struggle between celebrating the country’s culture and condemning travel regulations imposed by its political dictatorship.

Nick Schwartz-Hall, the project line producer for Brooklyn Academy of Music, which helped organize the Si Cuba event, said between 125 and 150 Cubans will travel to New York. They will participate in music and dance performances as well as exhibits, discussions and film screenings.

“There is a rich, vibrant, diverse, contemporary culture… that has valuable contributions to make to the New York cultural world, ” Schwartz-Hall said in an e-mail. “So far, we are unaware of anyone being prevented from coming to the U.S.”

But Iraida Iturralda, vice president of the Cuban Cultural Center of New York, a non-profit organization that strives to preserve and promote Cuban and Cuban-American culture, said government restrictions will prevent some artists from attending.

“I love it. I think anything that celebrates culture is enriching,” Iturralda said. Apart from a few Cuban performers such as Telmary Diaz, one music genre Iturralda hasn’t seen in the Si Cuba line-up is hip-hop, whose artists “are very critical of the government and aren’t allowed to leave,” she said. “There is a huge hip-hop underground movement that deals with topics that are taboo.”

Carmen Pelaez, of Cobble Hill, Brooklyn, a Cuban-American writer and actor who may participate in the Si Cuba festival, said she doesn’t think the festival will be lined up with “little pawns for Castro.”

“I think the intent is in the right place and I think the artists coming will reflect that,” she said, adding that events like the festival are great ways to connect the cultures but will not solve all political issues.

Si Cuba will be the first large-scale Cuban cultural festival in New York. The idea for the festival blossomed two years ago when several New York institutions independently planned Cuban themed events, Rosenthal said. When word spread, the venues and organizations decided to collaborate to create a citywide celebration.

“Its just amazing that it lined up in such a beautiful way that we could work together,” he said. “Its interesting that independently we were interested in taking risks to reengage with Cuban artists at the very moment we were able to,” crediting Obama’s eased travel restrictions in 2009 as the driving force behind interest in the island.

Since then, the number of artists at another celebration—the Havana Film Festival in New York—has nearly doubled, said Diana Vargas, the festival’s artistic director who will also perform in Si Cuba.

“During the Bush Administration, none of them were coming in,” she said. “It was so sad to produce a festival where the honorees were usually Cuban and we couldn’t bring any of them here.”

Paquito D’Rivera, a musician and composer of traditional Cuban music and jazz, said he’s against the Cuban dictatorship, not the artists who will perform in New York.

“You cannot leave Cuba if they do not authorize you,” said D’Rivera, a nine-time Grammy winner who moved to the United States from Cuba in 1990. “Every person that comes here is sent by the Cuban government and they are from the dictatorship.”

D’Rivera added he was disappointed that the country has seen 52 years of dictatorship and that U.S. festivals are celebrating artists approved by the Cuban government.

“We should do the same with thing with Qaddafi and ask him to organize the Libya festival with belly-dancers and shish kebob,” D’Rivera said. “I don’t see the difference.”

When the peoples of different cultures are allowed to actually meet each other, it allows those represented to understand the similar ties that really bind us together.

I think the Si Cuba festival is an excellent Cuban cultural experience in all facets of the arts and it’s events like this that open the doors to new insights for those without Cuban exposure.