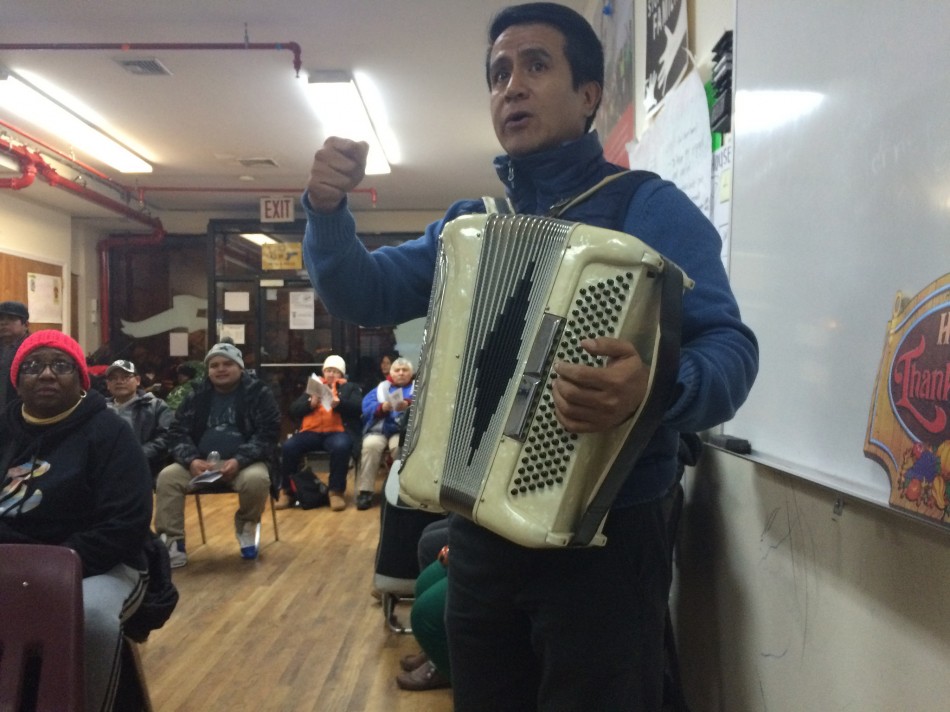 It seems fitting that a teenage political activist in Ecuador would one day work with a social justice organization in the largest Hispanic city in the US. Gladys Puglla has been a representative for Make The Road New York, a non-profit whose goal is to empower Latino and working class communities in New York City, for the past seven years.

On the eve of President Obama’s executive action speech on immigration reform, Puglla and members of Make the Road New York are galvanized by the fact that many of the issues they fight for as Latino immigrants are slowly becoming part of a national dialogue. Chief among the group’s concerns is the difficulty they experience holding down safe and economical housing in a city in the throes of an affordable housing crisis. With language barriers, and bereft of an understanding of their rights as renters, thousands of Latino immigrants experience harassment and unsafe living conditions in the city.

Puglla downplays her stint as a political organizer for an Ecuadorian presidential candidate in the 80s. “I was helping in the marching and passing the word about him a little bit, but my school and my grandmother didn’t let me go out so much,” she said with a laugh. But her work on the housing committee at Make The Road New York cannot be underestimated. Last year alone, Make The Road New York helped prevent the eviction of more than 60 families and worked to repair unsafe living conditions for thousands in New York City.

Funded through private donations and a $120 membership fee (which members have three years to pay off), Make The Road New York provides members with legal representation in Housing Court and informs members of their rights as renters. They meet every Thursday. Zoraida Conde, of Bedstuy, Brooklyn, attends because she wants to learn her rights. “They put me in jail if I don’t comply with the law. But if the landlord does the same thing — they break the law — they get away. And it’s not fair,” said Conde, who claims her landlord steals and reroutes gas in her building, resulting in exorbitantly high bills which are beginning to jeopardize her credit.

Tenant harassment and the threat of eviction can be most devastating to the elderly.

Maria Khochaiche, who has called 1351 Hancock St. in Bushwick, Brooklyn, home for the last 40 years, now faces eviction after her refusal to pay rent after it was raised by an additional $2,100. In her 70s, Khochaiche says her health has declined on account of the situation.

“I don’t know what I going to do. I couldn’t sleep and I’m getting sick. I had a heart attack. I have a lot of problems,” she said.

Lawyers working for Make The Road New York are currently representing her in Housing Court. With the transformation of Latino communities like this one in Bushwick, Puglla said the group will continue to fight for its members.

“We are trying to get more housing lawyers so that no one who comes in here goes empty handed,” she said.